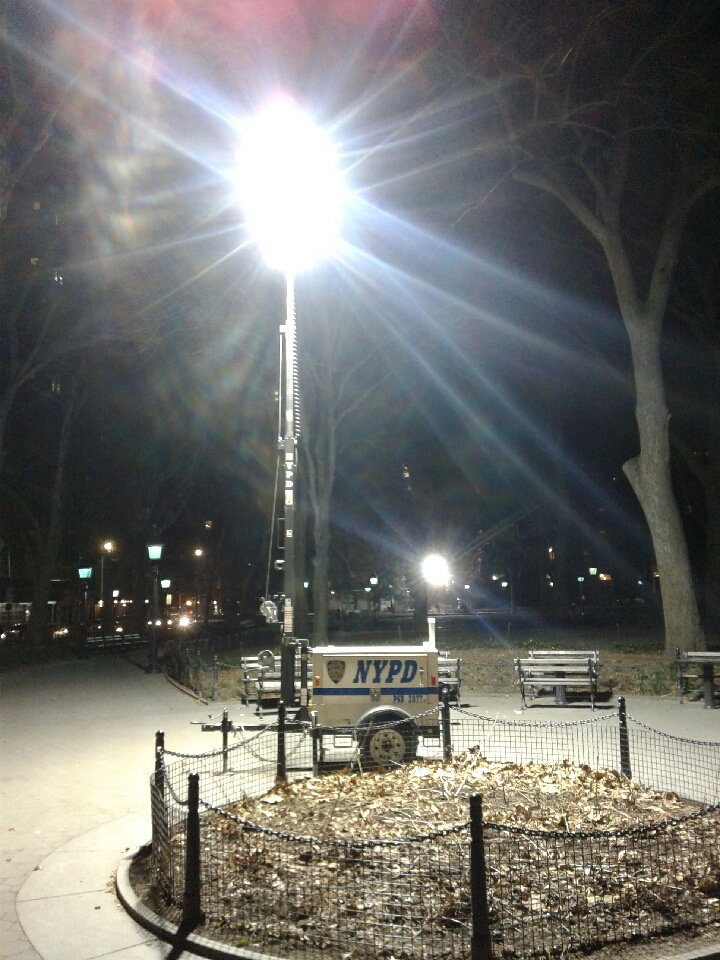 Let there be lights (continuously) in Washington Square Park

A pair of light towers keep shining brightly at night on Washington Square Park’s west side.

Drug dealing in that part of the park has been drawing complaints in recent years. The diesel-powered spotlights are located in the park’s northwest and southwest corners.

Robert Jackson, a community affairs officer at Greenwich Village’s Sixth Precinct, said typically the precinct had been using the light towers right before the Christmas holiday, but they were then always commandeered for use in Times Square on New Year’s Eve. The precinct would then always have to go through the hassle of reapplying to get to them back for the park.

This year, though, the towers stayed in the square uninterrupted through New Year’s.

“Most of the complaints are in the [park’s] northern corner,” Jackson said. “It’s a little dark in there, too, so we just wanted to have some extra light in there.”

The drug dealers, however, don’t want to have some extra light, so they now hang out nearby at the park’s Alexander Lyman Holley Monument and on the western edge of the fountain plaza.