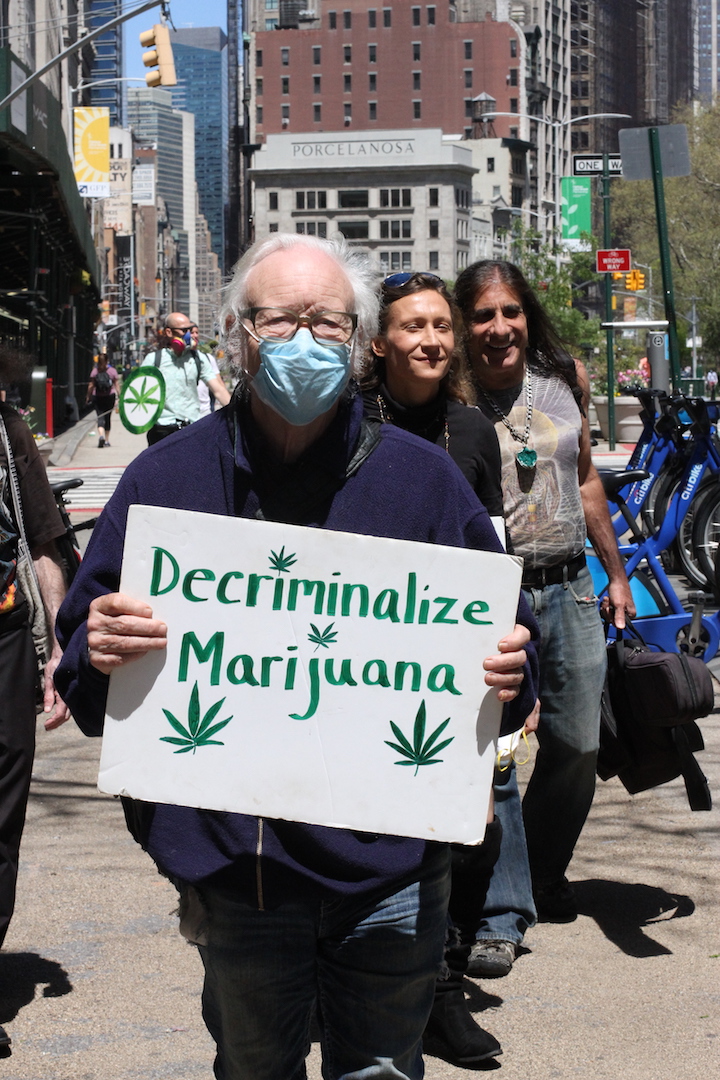 Legalize it! Stop quarantining the weed!

The annual Cannabis March was a bit smaller than usual this year. But according to organizer Dana Beal, it was “saved” by Cures Not Wars.

The “crowd” of six participants, plus the photographer, met up at Horace Greeley Square by Macy’s and marched down Broadway to Union Square. They hung out there in front of the George Washington statue for about half an hour until the police showed up and told them to leave.

They had no permit for a large event, but the cops just seemed to show up at the park anyway.

The demonstrators’ message was the same message as every year: Decriminalize cannabis.

Marijuana legalization wasn’t included in the state budget that was passed in early April because, as one advocate said, “all this COVID s—.”