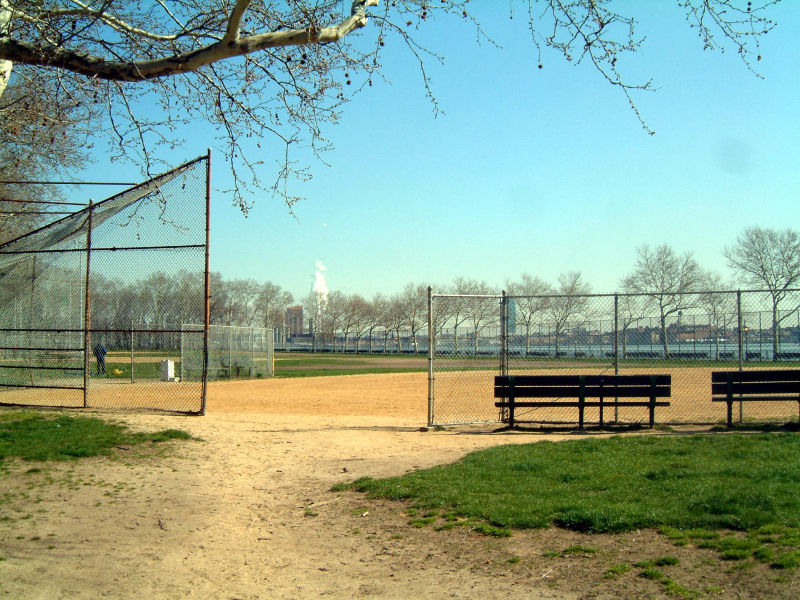 BY LINCOLN ANDERSON | Updated, Nov. 21, 11:43 p.m. The City Council last week approved a $1.45 billion megaplan to bulldoze East River Park and raise it 8 feet to protect the park and the surrounding neighborhood from flooding. The park’s destruction is set to start next fall.

But a community-activist lawyer, Arthur Schwartz, known for taking on City Hall is now taking on the case of the park. He charges that the city is illegally bypassing the state Legislature, which must first vote on whether to approve the plan.

Significantly, an assemblymember and state senator whose districts both include the park agree that the Legislature needs to address the issue.

Pat Arnow, of the ad hoc East River Park ACTION, confirmed that the group will be a party to the lawsuit. The group has a detailed post, headlined “Alienated,” about the pending legal action on its Web page, which allows people to sign on as plaintiffs.

Local park activists are up in arms that the de Blasio administration’s so-called East Side Coastal Resiliency plan would put much of the East Village and Lower East Side park off limits for the next four to five years or more. Although the city, late in the game, agreed to do the work in a phased manner, around half of the park would still be closed at any given time. On an environmental level, the project’s critics are horrified that it would basically clearcut the park, felling nearly 1,000 mature trees.

Schwartz, a West Village resident and district leader, has been representing Village and Chelsea residents in an ongoing lawsuit against the new 14th St. busway. He’s currently appealing a ruling on that case that allowed the novel transit scheme to launch on Oct. 3.

However, Schwartz thinks his legal argument against the drastic East River Park project is even stronger than the ones he’s been using against the busway. He plans to represent the plaintiffs pro bono, as he is doing in the busway lawsuit, too.

Specifically, the attorney said, the resiliency project represents what is known as park “alienation,” which is when the use of a public park is changed to something else, such as a commercial use.

In this case, the park would be taken away from Parks Department oversight and given over to the city’s Department of Design and Construction for several years for the project.

“It’s certainly not going to be a park use” during the construction phase, Schwartz said.

For example, neighbors and elected officials contested the city’s effort to turn the Union Square pavilion into a for-profit private restaurant, charging it was alienating the pavilion from park use. And a coalition of residents and preservationists — trying to block N.Y.U.’s development of its South Village “superblocks” — used the provision to battle the university’s effort to get control of park strips along LaGuardia Place and Mercer St. that were left over from scuttled street-widening projects by Robert Moses.

In both of those cases, however, the community ultimately lost at the Court of Appeals, the state’s highest court — the pavilion case being decided in 2014 and the N.Y.U. strips case in 2015.

Opponents of the E.S.C.R. plan protested on the City Hall steps last week before the City Council vote on the issue. Schwartz announced his lawsuit at that time.

Schwartz said the opponents had previously reached out to him “a long time ago” — probably about a year ago, he thinks — after Assemblymember Harvey Epstein had given them Schwartz’s number. The attorney said it was Charles Krezell, president of LUNGS (Loisaida United Neighborhood Gardens) who initially called him about taking on the litigation.

“Probably they saw that I was fighting the 14th St. busway,” Schwartz speculated.

The attorney said he has a very good relationship with Epstein.

Back at a public hearing on July 31, after the release of the draft environmental impact statement for the resiliency plan, Epstein and state Senator Brad Hoylman issued a joint statement: They said it would show “prudence” for the Legislature to vote on the alienation issue, otherwise it could result in a lawsuit that would be costly, plus delay flood protections being created. They also called for expert panel to oversee the project.

“Not only do the costs and community impacts of the E.S.C.R. project merit the appointment of an expert panel,” the two politicians stated, “they also mean that project should be approached with prudence, ensuring that it can proceed without the threat of legal challenges. Based on legal analysis presented to us by counsel for the state Legislature, it is our belief that a failure by the city to seek parkland alienation legislation leaves the city vulnerable to a lawsuit that could delay the implementation of flood protections and the overall plan.”

Schwartz said he expects to file the suit by mid-December.

As for where things stand right now, he said, “I have park users writing narratives about their use [of East River Park].”

The litigation’s goal would be simple, Schwartz said: “to void the city’s approval of the project.”

“Alienation” includes when one agency takes over a park for a period of time, he maintained.

Epstein told The Village Sun he does agree with the basic premise of the soon-to-be-filed suit.

“I do think this is alienation of parkland,” he stated, further adding, “So does the Assembly and Senate legal counsel.”

Epstein said he spoke to the Assembly legal counsel, while state Senator Brian Kavanagh got the word from the Senate legal counsel and relayed it to Epstein.

The assemblymember, however, stressed that he did not encourage the opponents to pursue their current course of action.

“If people want to file a lawsuit, that’s their choice,” Epstein said. “That’s not saying I’ve recommended or I support it, at this point.”

Schwartz said it was his understanding that state Senator Brad Hoylman “seems to agree with” the alienation argument. In fact, Hoylman — whose district covers the park north of E. Sixth St. — said it’s a question that definitely must be clarified.

“State legislators like me have repeatedly warned City Hall about their vulnerable legal position on the issue of park alienation,” Hoylman told The Village Sun. “I’m very concerned that they didn’t heed our warnings and instead have plowed ahead, risking delaying the project, wasting money on legal fees and jeopardizing crucial federal funds fought for by Congressmembers Valazquez, Maloney and Nadler.

“At this point,” Hoylman said, “I hope these legal issues can be resolved as quickly as possible, including a determination whether the state Legislature needs to approve the alienation of the parkland for this project.”

Krezel, of LUNGS, said East Villagers and Lower East Siders did not want to go the lawsuit route, but the city left them no choice.

“I think we’re being forced to do this by the city,” he said. “This is a serious thing for us to do. We’re not a wealthy community and this is difficult for us to do. This entire process has been divisive. The city is forcing us to play the only card we have left.

“I don’t want to have to do this,” Krezell said. “The city has been pushing us around, so what else are we supposed to do?”

Asked which local groups will be a party to the suit beyond LUNGS and East River Park ACTION, Krezell said he could not say at this point.

Meanwhile, East River Park ACTION’s site says a major fear — in addition to the park going offline for so long — is that what the city will build won’t be first and foremost a park but a flood barrier.

“The City insists that Alienation is not required because it will still be a park on top of the 8-10 feet of fill,” E.R.P.A.’s site says. “However, we believe East River Park will no longer be a usable park once construction begins, especially since we lack confidence in their timelines. Their primary objective is not a park purpose, but to build a flood barrier.”

The group hopes that by suing it will increase its bargaining power to:

Clarification: The original version of this article quoted attorney Arthur Schwartz saying that Assemblymember Harvey Epstein recommended that he represent the park activists in a lawsuit. In fact, Schwartz clarified that Epstein simply provided the activists with Schwartz’s phone number, and they then called him. Similarly, Epstein said he simply helped connect the park activists with Schwartz, possibly through “an e-mail introduction.” Both Schwartz and Epstein agree that this happened around a year ago, if not earlier.