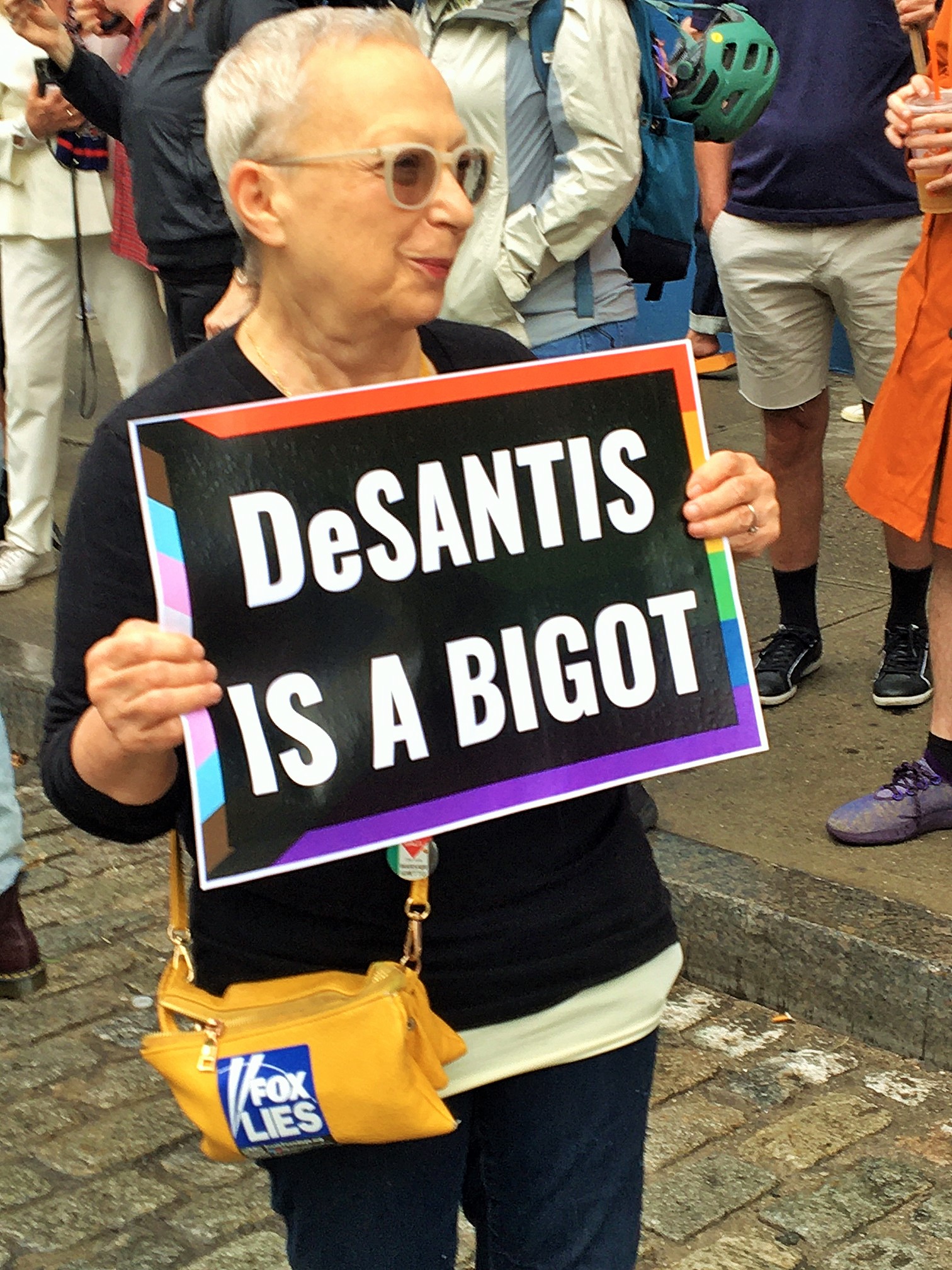 A protester outside Chelsea Piers on Sun., June 12. (Photo by Kate Walter)

BY KATE WALTER | I went to the demonstration on June 12, very early for a Sunday morning, but I was horrified that Chelsea Piers was renting out space to a conservative Jewish leadership conference whose main speaker was Florida Governor Ron DeSantis, who I hate with a passion. When I arrived at around 8:15, someone handed me a sign that read, “I skipped brunch so you know it’s serious.”

About 70 protesters stood in front of Chelsea Piers in the rain as SUVs and cabs pulled into the parking area to drop off people attending the event. Activists chanted, “Shame, shame, shame! Shanda, shanda, shanda!”

The outrage seemed targeted more at Chelsea Piers than at the conservative Jewish people attending this conference. Pier Sixty stepped up as host after the Museum of Jewish Heritage backed out.

Chelsea Piers is a site that has played a major role in L.G.B.T.Q. history. DeSantis is known for signing legislation dubbed the “Don’t Say Gay” bill. The anger over this decision to host a conference featuring DeSantis was exacerbated by the fact June is Pride month.

The N.Y.PD. was out in full force to protect the conference-goers, and the police put up barricades when a few protesters got carried away and rushed off the sidewalk and started tapping on the dark windows of the SUVs waiting to enter the parking lot.

“Why didn’t they have this in Borough Park?” someone asked. Good question.

“The Pride logos at Chelsea Piers mean nothing now,” said a young man standing next to me.

“Maybe we can get Hudson River Park not to renew their lease,” another protester said.

Walter has written about the L.G.B.T.Q. community for various publications since the 1980s. She is the author of the memoir “Behind the Mask: Living Alone in the Epicenter.”