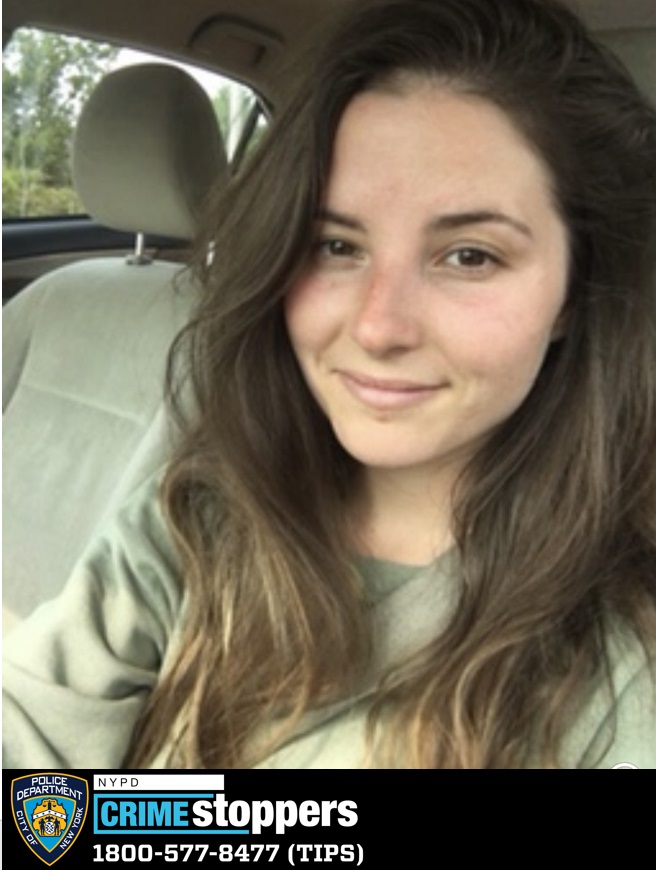 BY THE VILLAGE SUN | One month after she was reported missing, a Kips Bay woman still has not been found, according to police.

Hobart is described as a 5 feet 2 inches tall and 150 pounds, with a medium build, brown hair and brown eyes.

Two years ago, in July 2019, Fox 28 Savannah, in South Carolina, reported that the Beaufort County Sheriff’s Office had issued an alert that a Brittany Hobart, 26, matching the same description, was reported missing on Hilton Head Island by her family members and was “considered endangered.” Hobart was found unharmed 24 hours later in a resort hotel on the island.

Police ask that anyone with information call the N.Y.P.D.’s Crime Stoppers Hotline at 1-800-577-TIPS (8477) or for Spanish, 1-888-57-PISTA (74782). Tips can also be submitted on the Crime Stoppers Web site at crimestoppers.nypdonline or on Twitter at @NYPDTips. All tips are strictly confidential.