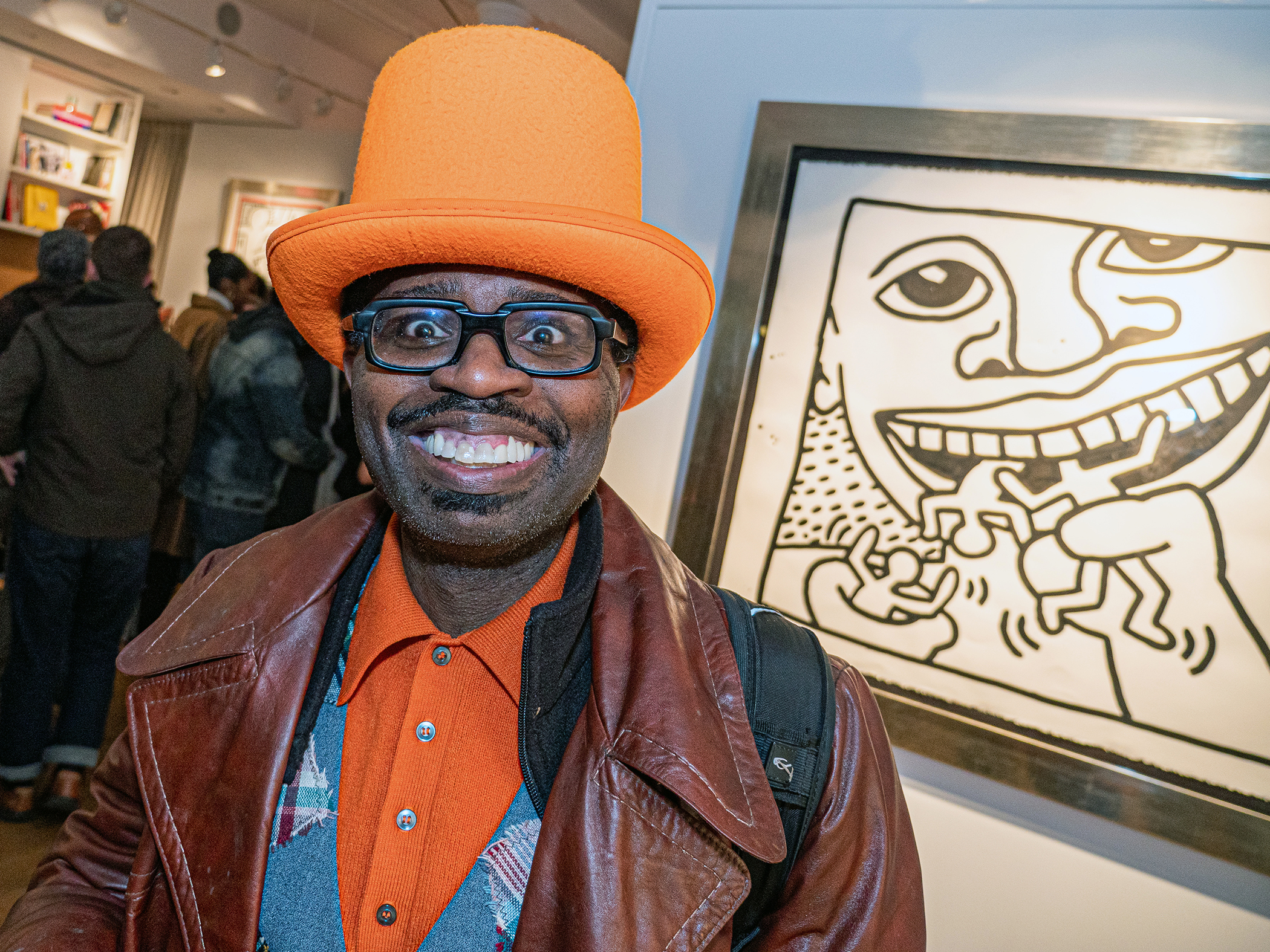 Keith Haring is always hot but especially so right now and Martin Lawrence Galleries in Soho is showing a collection of works by the legendary late artist and activist.

Coinciding with a Haring retrospective at Tate Liverpool, in England, the New York show is a collection of the artist’s paintings, posters, graphics and prints.

The exhibit looks at how activism played a key role in Haring’s work. Compelled to speak for his generation, his art responded to urgent issues, including political dictatorship, racism, homophobia, drug addiction, AIDS awareness, capitalism and the environment.

A VIP reception was held Thurs., Nov. 21, at the gallery, at 457 W. Broadway, between W. Houston St. and Prince St., and the public opening was the next evening.