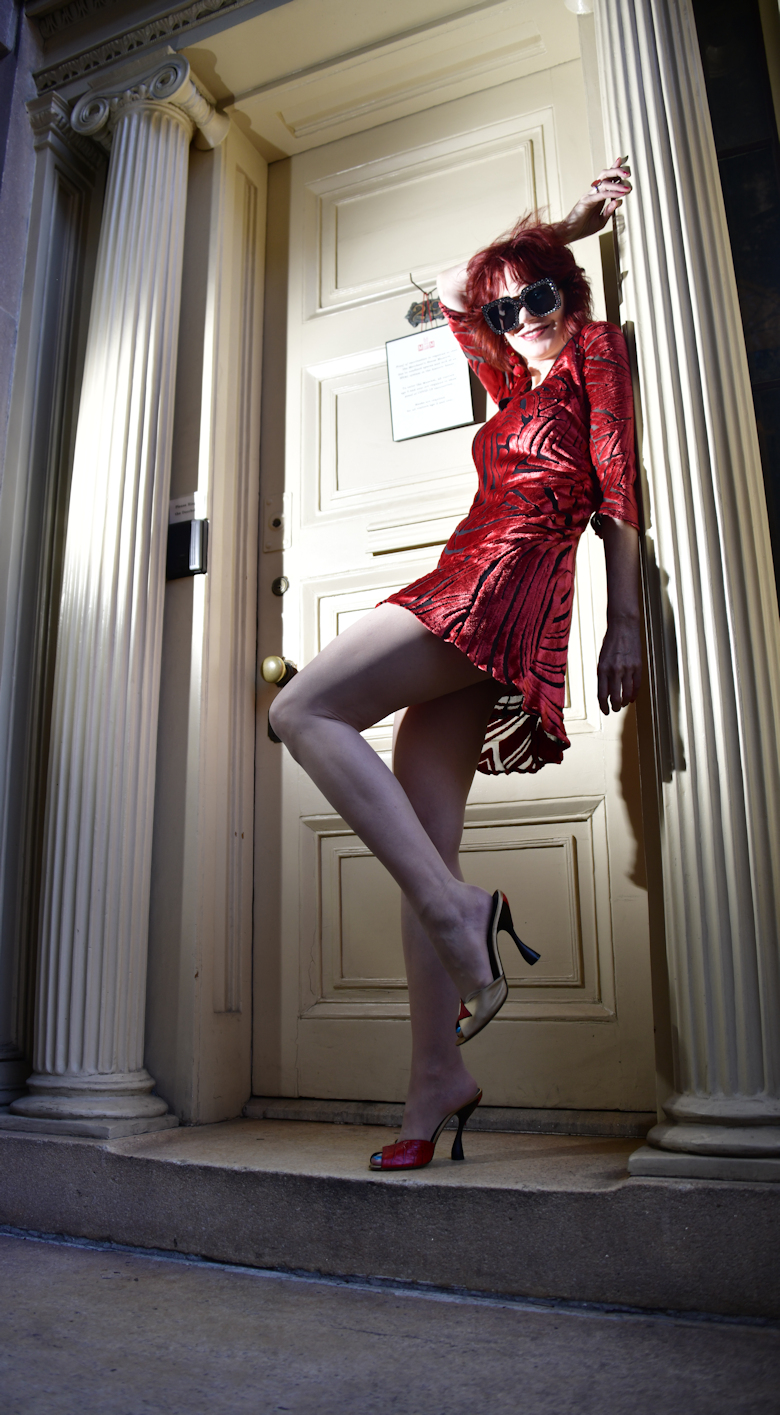 BY KAREN REMPEL | Ascend the stoop to the Merchant’s House Museum and you might be surprised at what you find. No staid merchants in striped pants and tailcoats are in evidence. But there’s a circa-1860s casket and viewing in the front parlor, and a death scene in the merchant’s daughter’s bedroom.

Built in 1832, this Manhattan townhouse, at 29 E. Fourth St., between Lafayette and the Bowery, saw a family through births, weddings, christenings and deaths the way people used to do it — at home.

This exceptional museum — the only 19th-century family home in New York City preserved intact, both inside and out — presents a view of life from that era that is intimate and immediate, from the fresh bread on the kitchen table to the nearby coal scuttle you can lift yourself. That sucker is heavy!

You will learn that the Irish housemaids had to carry this coal to fires in seven rooms, up 82 steps. Plus you can experience climbing those stairs yourself, all the way up to the servants’ quarters in the attic, with undies hung out to dry as if the maids are simply downstairs dusting in the parlor.

You’ve probably seen this museum in the guidebooks — it’s rated in the top 3 percent of New York City sites to visit — but as a busy New Yorker, you’ve likely never stepped foot inside. Make the trip on a rainy day and immerse yourself in another century’s history. I think you’ll be glad you did.

While there, you can hop, skip and jump from one of New York’s oldest attractions to one of the newest: Manuel Plaza, right next door at 35 E. Fourth St.

Manuel Plaza opened on July 18 on a lot owned by the city’s Department of Parks and Recreation. The Department of Environmental Protection uses this property to access shafts that connect to the one of the massive underground tunnels that supplies the city’s drinking water. The once-scruffy lot was converted to a park with the help of a total of $1.58 million in funding from the mayor, City Council and the Manhattan borough president, Mark Levine.

The name Manuel Plaza acknowledges the first North American free Black settlement, known as the “Land of the Blacks,” according to D.E.P. The park’s name honors five Manuels: Big Manuel, Clyn Manuel, Manuel Gerrit de Reus, Manuel Sanders and Manuel Trumpeter, who were among 28 people of African descent who negotiated their freedom from the Dutch West India Company — and obtained more than 100 acres in land grants — in the mid-17th century in what was then known as New Netherland (and later became New York).

The naysayers have already jumped onto evgrieve.com to complain about various aspects of the park. But when I visited with my film crew, we loved the striking, zigzag-pattern brick plaza with giant, rounded, black river stones on a green astroturf carpet, surrounded by graffiti-laden brick buildings. It’s a charming, ultra-New York oasis. Naysayers stay home!

P.S.: Some of you may have deduced that photographer Phil, assistant Amy, and I always go for a boozy brunch after the shoot. This time we went to the Swift Hibernian Lounge, across the street at 34 E. Fourth St. I highly recommend it for great cocktails, a nice selection of draft beer, yummy nosh-snacks and fantastic staff. I had a pear concoction that knocked my shoes off! The other patrons weren’t bad either.

P.P.S.: This was not my first sojourn on the East Village’s E. Fourth Street. I spent an afternoon photographing the block between Avenues A and B back in January 2016, right after an epic snowstorm dumped 2 feet of snow on Manhattan. I crafted dozens of stills and a few short moving clips into a video called “Heroin Trip on East Fourth.” I thought the vibe of Lou Reed’s song “Heroin” met the scene perfectly and used it as the backing track, based on intel from friends about what went down on this block in the ’60s and ’70s. There really was a dealer called Spanish Eddy. Check it out!

Rempel is a New-York based writer. For past columns see karensquirkystyle.nyc.