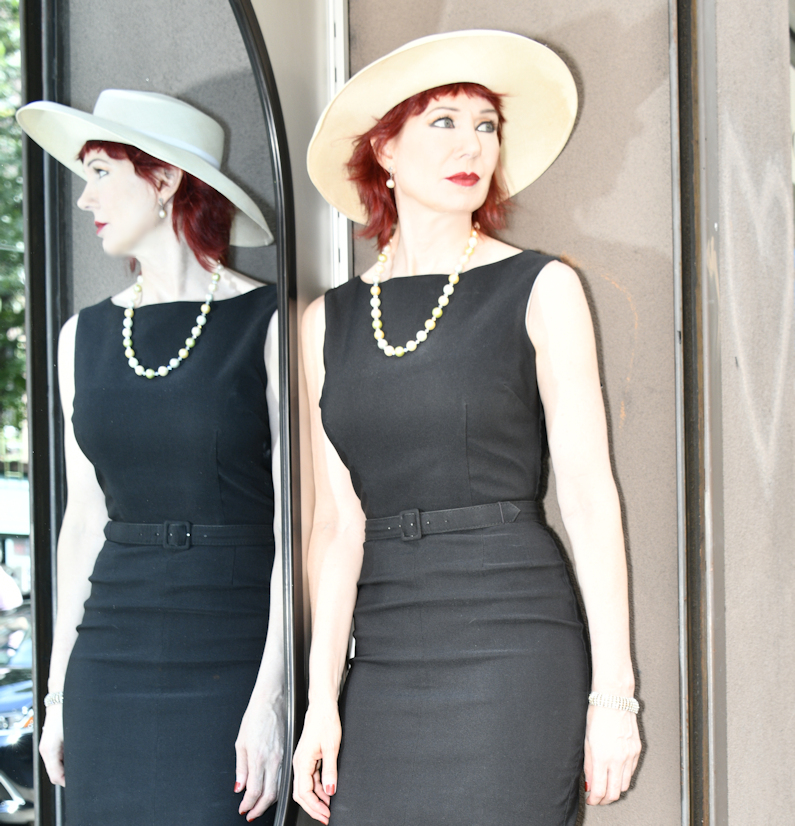 BY KAREN REMPEL | Electric Lady Studios is a mystical Village lodestone with a platinum rock ’n’ roll pedigree. Founded by Jimi Hendrix in August 1970, the studio opened a mere three weeks before his tragic accidental death due to an overdose of sleeping pills in London. He was 27.

If you’ve read Patti’s Smith’s memoir “Just Kids,” perhaps you remember the lambent scene she relates of standing on the sidewalk outside the studio on August 26, 1970, invited but afraid to enter and go to the grand opening party. Hendrix came outside and spoke to her for a while.

“I put on my straw hat and walked downtown, but when I got there, I couldn’t bring myself to go in,” Patti wrote. “By chance, Jimi Hendrix came up the stairs and found me sitting there like some hick wallflower and grinned.

“He spent a little time with me on the stairs and told me his vision of what he wanted to do with the studio. He dreamed of amassing musicians from all over the world in Woodstock and they would sit in a field in a circle and play and play. It didn’t matter what key or tempo or what melody, they would keep on playing through their discordance until they found a common language. Eventually they would record this abstract universal language of music in his new studio.

I grew up in Vancouver, BC, birthplace of Jimi’s father and close to Jimi’s hometown of Seattle. My first love was obsessed with Hendrix and his music was part of the soundtrack of my coming of age, 10 years after the story Patti recounted. A teenager trying to understand life and love, I listened to the Jimi Hendrix Experience’s 1968 album “Smash Hits” hundreds of times. Jimi’s lyrics seemed to yield clues, like the “Crosstown Traffic” line, “Darling, can’t you see my signals turn from green to red, and with you I can see a traffic jam straight up ahead.”

Looking back, the song trio of “Crosstown Traffic,” “Red House” and Jimi’s version of Billy Roberts’s “Hey Joe” provided a pretty bleak view of romantic love and probably helped me form a somewhat cynical view of what a woman in love could hope for!

Reverberating over the decades, Hendrix has influenced generation after generation of guitarists. My 19-year-old nephew Alex has been playing guitar for a quarter of his short life. Born more than 50 years after Hendrix’s passing, he cites Jimi as one of his biggest influences. “Little Wing” is one of the first songs he learned to play.

Hendrix’s was a major influence on fashion, as well, and this influence is still echoing through time. Reflecting on Jimi’s 1967 performance at Monterey Pop, author Keith Shadwick described Hendrix’s hippie psychedelic threads as “clothes as exotic as any on display… . [Hendrix] was not only something utterly new musically, but an entirely original vision of what a black American entertainer should and could look like.”

Recently, I was drawn into John Fluevog’s shoe store at 67 Prince St. (John started in Vancouver in 1970, by the way, when he and his then-partner Peter Fox opened a store I used to go to called Fox and Fluevog). The Soho store had a new collection of fantastic Hendrix-inspired boots and shoes, produced in collaboration with Jimi Hendrix’s sister, Janie Hendrix. At $1,139, these boots were not in my budget, but I was sorely tempted because they are so beautiful, and they truly evoke Jimi’s terrific psychedelic style. And yet…I felt uneasy about this exploitation of his artistry. Would Jimi be cool with $1,100 boots being sold in his name?

These anecdotes illustrate the diamond-faceted impact of one of the most innovative, influential rock guitarists who ever lived. Rolling Stone ranked Hendrix as the greatest guitarist of all time. His liquid sound is distinctive and feels like caramel caressing your skin. Then there’s the distortion and unique electronic effects that he developed, which seemed to be channeled from another galaxy. In a 1966 interview, Hendrix said, “We don’t want to be classed in any category… . If it must have a tag, I’d like it to be called, ‘Free Feeling.’”

That was just the beginning of Hendrix blowing people’s minds with electric sound. Holly George-Warren of Rolling Stone wrote, “Hendrix pioneered the use of the instrument as an electronic sound source. Players before him had experimented with feedback and distortion, but Hendrix turned those effects and others into a controlled, fluid vocabulary every bit as personal as the blues with which he began.”

Thanks to the proliferation of live recordings of almost every moment of his career, Jimi continues to impact us as musicians and fans. We are lucky to discover the wonder of his work anew, more than six decades after his death. I loved his performance at the 1967 Monterey Pop Festival, which I saw for the first time — and then two more times — when the IFC on Sixth Avenue played D. A. Pennebaker’s film “Monterey Pop” for six weeks in the summer of 2017.

After his sacrificial, sacramental torching of his guitar at Monterey Pop, Hendrix’s flames combusted to the stratosphere at Woodstock, which he headlined as the highest-paid musician of his time. Due to massive delays caused by rain throughout the weekend, he took the stage at 8:30 on the final Monday morning. He played a two-hour set to a crowd that had dwindled from more than 400,000 to 30,000.

In 2011, the editors of Guitar World named his Woodstock performance of “The Star-Spangled Banner” the greatest performance of all time. People are still talking about it. According to Paul Grimstad in The New Yorker in 2021, “A snippet of “Taps” toward the end makes explicit the eulogy for those left on the battlefield, transcending Vietnam and becoming a remembrance of all those lost to the violence of war.”

What strikes me as the most wonderful and heart-breaking aspect of Hendrix’s story is his fierce, unquenchable need to create. He was a perfectionist about capturing the music and sounds the way he heard them in his mind. Though he only released three studio albums, he booked so much studio time to record his passionate audiovision onto vinyl that in 1969 he spent $300,000 on recording fees.

Hendrix and his manager, Michael Jeffery, jointly purchased the Generation Club on W. Eighth Street with the intention of reopening a nightclub and jam space. But in light of Jimi’s exorbitant recording expenses, they decided to convert the building into a recording studio instead. Now he could record to his heart’s content.

The studio was designed with rounded edges and a psychedelic light generator to foster creativity, and cost close to $1 million to build. Jimi spent 10 weeks recording there during its final construction period, and this work led to the 1971 posthumous releases of the platinum-selling “The Cry of Love” and the gold record “Rainbow Bridge.” Dozens of studio albums, live albums, singles and anthologies were released posthumously. Experience Hendrix, a family company, took control of his recording legacy in 1995.

Hendrix had to fly to England immediately after the studio opening, for a series of concerts, including the Isle of Wight Festival. He was the festival’s linchpin, and once he agreed to perform, artists such as Miles Davis, Joni Mitchell, the Doors and the Who signed on. It was the biggest musical event of its time, with a larger attendance than Woodstock. Guinness World Records estimated 600,000 to 700,000 people attended. Though he was in the spotlight of tremendous public acclaim, Jimi yearned to return to New York and continue recording at his Electric Lady. We know how this story ended. He never made it back.

Hendrix’s music reverberates through Electric Lady Studios, named after his third and final studio album, “Electric Ladyland,” which is still regarded as one of the greatest rock records of all time. Though his time was too brief, he created a magnetic beacon for brilliance. Generation after generation of musicians in every genre have recorded at this almost hidden recording studio. First there were classic ’70s sessions with the Rolling Stones, Led Zeppelin, Stevie Wonder, David Bowie and Patti Smith, and so many others. Hallowed heaven converging with earth indeed.

In the ’80s, Blondie, Kiss, AC/DC and the Cars recorded some of the best music of the decade there.

Recently, Lorde recorded her 2021 psychedelic indie pop album “Solar Power” and Jon Batiste recorded his 2022 Grammy Album of the Year “We Are” at Electric Lady. The W. Eighth Street musical mecca was the only artist-owned recording studio in New York when Hendrix built it, and it is now the oldest working and thriving recording studio in New York City.

Like Patti Smith in her straw hat standing outside the studio door in 1970, I am uncertain I belong here in my pearls at the oval-mirrored doorway of Electric Lady, a transplant from another country, shooting a style column. I long to enter and be a part of Jimi’s creative musical world, but I’m not. But if I close my eyes, maybe he will step through the door and tell us again about his vision for peace on earth through music.