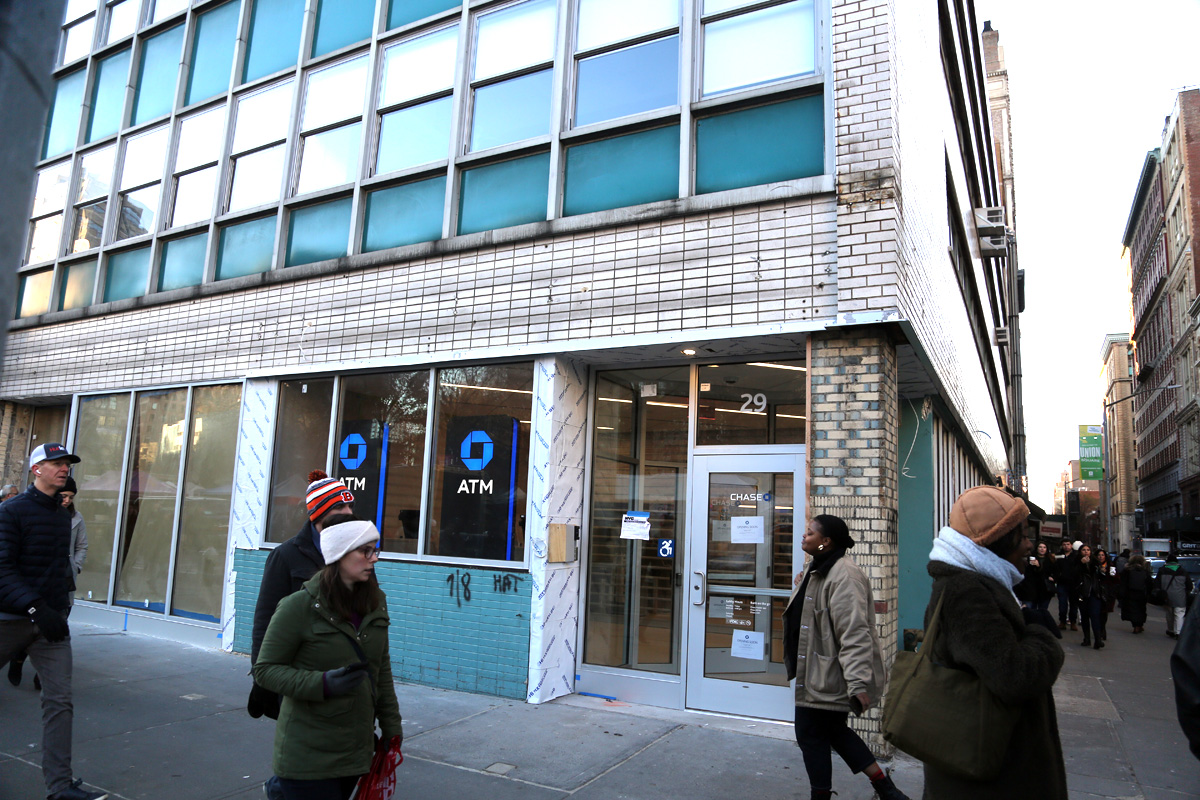 Just what we needed…another bank

As small businesses continue to close and be replaced by banks, drug stores and chain stores, the space of the former Coffee Shop, at E. 16th St. and Union Square West, will soon be the site of…yet another bank. A Chase bank, to be specific.

Coffee Shop, the iconic, stylish Brazilian-American restaurant and nightspot — where the waitresses were often aspiring models — occupied the corner for 28 years until closing in October 2018.

Charles Milite, Coffee Shop’s co-owner and president, told Forbes that 27 percent of their gross revenue went toward rent. The city’s plan to increase the minimum wage by $2 an hour last December was also a concern, he said, since it would raise Coffee Shop’s annual payroll by half a million dollars.