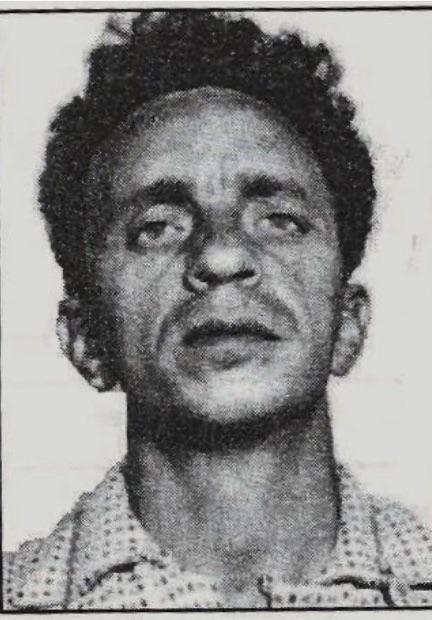 Fourteenth Street Steve started selling heroin and opium for Gambino family capo Joseph Biondo after Prohibition ended. In 1938, federal narcotics agents busted Stephen Armone for shipping 59 ounces of heroin to New York on an Italian ocean liner. In 1942, when it became difficult to obtain heroin from overseas because of the war, Stephen Armone and Eugene Tramaglino bought Mexican opium in California and transported it to New York City, where it was converted to heroin. In September 1944, Armone was charged with attempting to smuggle morphine and opium from the Bahamas into the United States using a fleet of small boats and by chartered plane.

The FBN (Federal Bureau of Narcotics) reported that Armone patronized Lulu’s Bar, at 207 Second Ave. (E. 13th St.), and operated in the area of E. 14th St. and First Ave. as a member of the “Mafia narcotics trafficking organization,” which was once headed by his brother, Stephen. Mob lore has it that Joe “Piney” Armone’s nickname came from his practice of extorting Christmas tree vendors in the 1930s.

In October 1960, the FBN collared a French drug smuggler and the Guatemalan ambassador to Belgium and the Netherlands on Lexington Ave. as he was handing over 100 pounds of pure heroin to longshoreman Nicholas Calamaris, an associate of Joe Piney Armone. Another 100 pounds of heroin was seized in New York City stash houses. It was the largest heroin seizure ever recorded. Joe Piney was arrested after he told an informant to make a delivery in the trunk of a car to Calamaris at 116th St. near the East River.

The FBN also identified other French nationals who had discussed the price of the heroin with the head of the organization, whose identity was a well-kept secret, in his summer home in Long Beach, Long Island. Joseph Biondo had financed the entire drug operation, but Joe Piney refused to give him up, so the latter was sent to prison.

In January 1964, Joe Piney survived five point-blank gunshots in the Reno Bar. Joseph Biondo visited Piney at Columbus Hospital, at 227 E. 19th St., every day for three months, according to the FBI. The same year, Joe Piney was indicted, along with crew member Stephen Grammauta and 10 others, in a French Connection case for smuggling a ton of heroin, worth $25 million on the street, from France to the United States from 1956 to 1960. United States Attorney Robert M. Morgenthau announced that ringleader Armone used sailors, businessmen, airline employees and a diplomat as drug couriers.

Court records revealed that Joseph Armone and his coconspirators transacted much of their French Connection business in Lulu’s Bar and the AMVETS Club, at 122 Second Ave. (between Seventh St. and St. Mark’s Place). On May 18, 1965, while the French Connection federal trial was underway, a friend of Joe Piney Armone, 26-year-old former Playboy bunny and Copacabana dancer Patricia DeAlesandro, made several purchases at a shoe store managed by one of the jurors — and then she asked him out on a date.

DeAlesandro offered the juror $5,000, his own shoe store and a trip to Europe, “if he remembered who his friends were at the right time,” according to U.S. Attorney Robert Morgenthau. The shoe salesman had reported the carrot offered by the bunny to law enforcement. DeAlesandro was convicted of bribery and sentenced to five years in prison.

On June 22, 1965, Joseph Armone was convicted of the French Connection heroin charges. He served 10 years in prison. When Paul Castellano became Gambino family boss, he promoted Joe Piney Armone to capo, and Armone ran his rackets from the back room in De Robertis.

Because he had been arrested on a narcotics charge, Joe Piney Armone had missed out on the 1957 Albert Anastasia hit. But in 1985, he conspired with fellow Gambino capo John Gotti to murder boss Paul Castellano and take control of the Gambino crime family. Castellano had issued a death sentence for anyone in the Gambino family caught selling narcotics. The crews of Joe Piney Armone and John Gotti were heavily involved in drug dealing. Armone and Gotti had a mutual interest in ridding the family of Paul Castellano.

In 1983, John Gotti’s brother Gene, a soldier in Gotti’s crew, was arrested for running a multimillion-dollar heroin distribution ring. Castellano told John Gotti that he was going to disband his crew. Gotti recruited Armone, a respected elder in the Gambino family, to convince the other capos to side with Gotti against Castellano.

In 1986, after Castellano’s murder outside of Sparks Steak House, Gotti promoted Armone to underboss and dispatched him to manage Gambino family interests in Florida. Law enforcement authorities and Mafia historians agree that the ascendancy of egomaniacal, undisciplined John Gotti to boss resulted in the eventual destruction of the Gambino crime family.

On December 22, 1987, Armone, 70 years old at the time, was convicted in Brooklyn Federal Court of racketeering charges involving extortion and bribery. The last charge was a 1981-82 plot to bribe a government official to transfer the son of Gambino family consigliere Joseph N. Gallo from a New York State prison to a federal prison.

After his conviction, Armone asked federal Judge Jack Weinstein if he could spend Christmas with his wife, guaranteeing that he would return to court for his sentencing. The judge said that he would approve the temporary release if Armone swore that he would renounce his membership in the Mafia and neither see nor speak to a laundry list of fellow Mafiosi.

Armone chose to remain loyal to his Cosa Nostra oath and refused the judge’s terms. Sentenced to 15 years, Joe Piney Armone spent that Christmas, and the rest of his life, in prison, where he died in February 1992.

Comiskey is an attorney and had a 33-year career at the New York City Department of Investigation exposing criminal conduct in New York City’s anti-poverty programs and public schools. He lived in Stuyvesant Town from 1953 to 1990 and currently lives in Scarborough, N.Y.

In other chapters in “The East Village Mafia,” Comiskey relates how East Village-bred Mafiosi plotted the assassinations of five Cosa Nostra bosses; a mobster from Avenue A conspired to sell the Vatican millions worth of bogus stocks and bonds, some forged in the East Village; a sit-down in Mafia don Joseph Bonanno’s favorite social club on E. 12th St. determined control over a New Jersey hotel; and a federal agent from Avenue A and 15th St. became the nemesis of Mafia narcotics dealers.