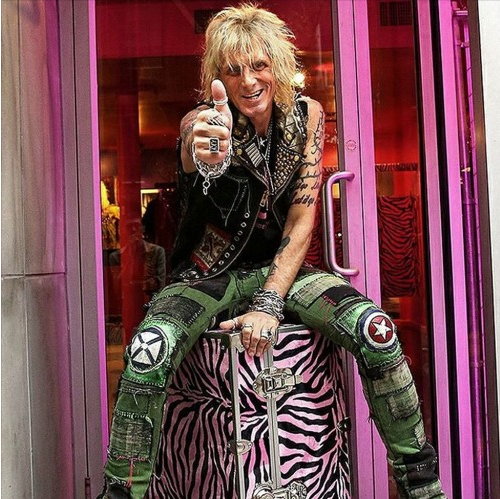 Jimmy Webb was known as the reigning mayor of St. Mark's Place.

Jimmy Webb, fashion stylist to the rock stars, dies at 62

Jimmy Webb, the legendary salesman and buyer at Trash and Vaudeville, has died at age 62. The New York Post reported he had been suffering from cancer.

Webb, who was originally, as he put it, from a “hillbilly town” in Upstate New York, started working at the famed St. Mark’s punk rock boutique in 1999, according to Rolling Stone.

He soon became the face of the business, the go-to stylist for rock ’n’ roll royalty, like Slash, Debbie Harry, Prince and Lenny Kravitz.

But before Webb got into the boutique business, he first had to kick drugs. In this interview, above, on 8 Ball Radio with Clayton Patterson a year ago, Webb spoke about how, at one point, he “lived in a [cardboard] box in Tompkins Square Park.”

Also in the hour-long interview, Webb stressed the importance of being involved in the community.

“Join every community board you can join,” he said.