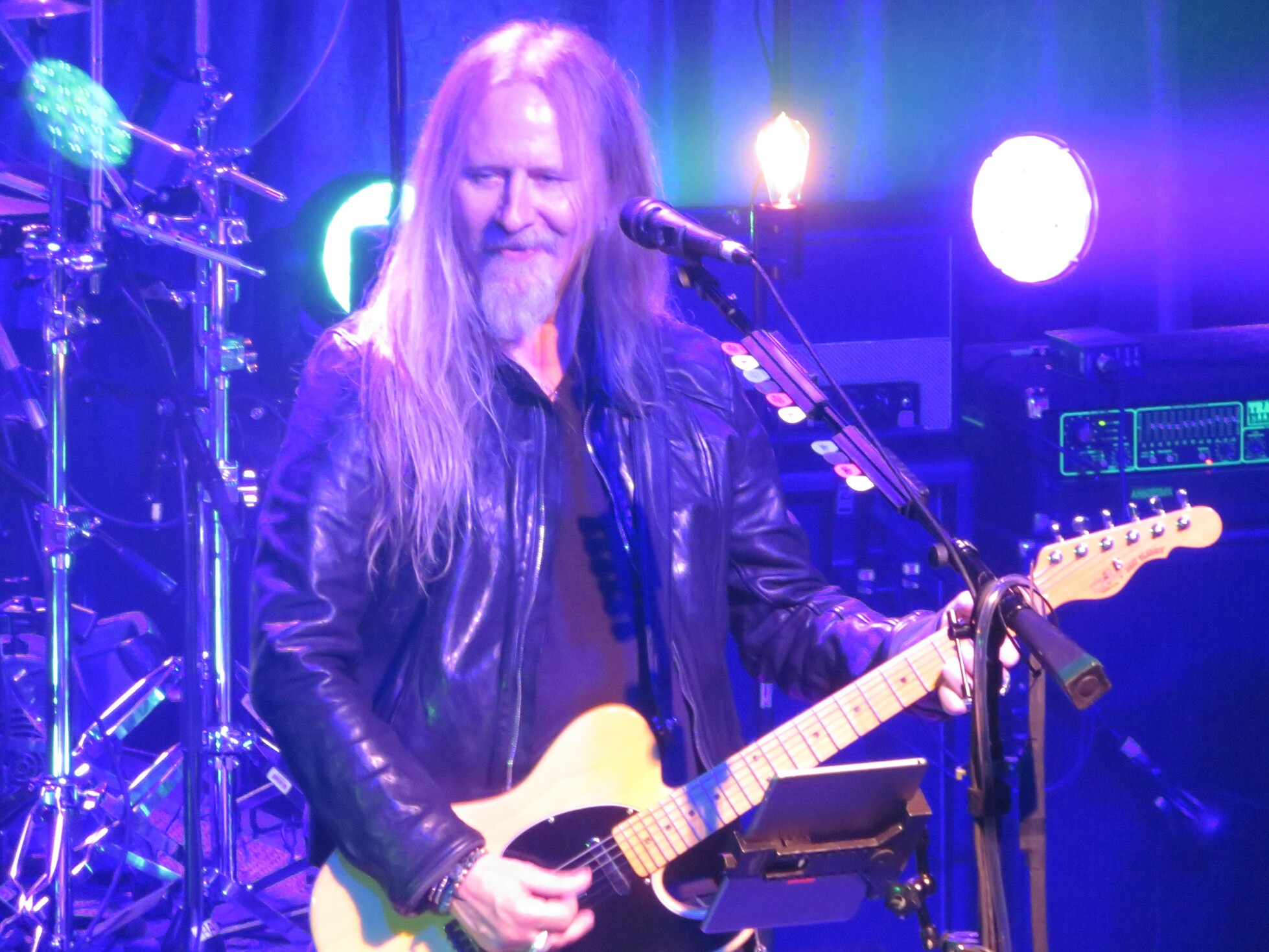 Jerry Cantrell mixes it up at Irving Plaza

BY EVERYNIGHT CHARLEY CRESPO | Vocalist/guitarist Jerry Cantrell has a musical vision larger than Alice in Chains, the super-successful grunge and hard rock band he co-founded in 1987 in Seattle, Washington.

On Oct. 29, 2021, Cantrell released his third solo album, “Brighten,” his first project outside of Alice In Chains in 19 years. To promote the album on tour, Cantrell assembled a band comprised largely of the musicians who played on the album.

Wait. The riff king of metal grunge brought a pedal-steel player? Yes, quite a bit of the songs had a country and western touch. Early in the set, “Between,” from his first solo album, sounded far more like the Eagles than Alice in Chains. Although he followed the song with a more riff-bound rocker, “Brighten,” pop vocal melodies recurred frequently throughout the concert, sometimes accompanied by a heavy riff, as in “Cut You In,” also from the debut solo album.

Gang vocals on choruses were prevalent, with Cantrell and Puciato joined by Bates and Adrian. On another country western-styled song, “Black Hearts and Evil Done,” from the newest album, the evening’s support act and daughter of Tyler Bates, Lola Colette, came onstage and became one-fifth of the gang vocals.

Nine of the 19 songs performed were AIC songs, given slightly different treatments but remaining rather true to the original compositions. Co-vocalist Puciato helped recreate AIC’s Jerry Cantrell/Layne Staley and Jerry Cantrell/William DuVall twin vocals. Cantrell saved seven of these AIC songs for the second half of the show, at which point the fans could close their eyes and imagine they were at an Alice in Chains concert.

Cantrell appeared caught between two music worlds. On the one hand, half of his show was dedicated to preserving the legacy of his band, Alice in Chains. The other half showed a progression away from the 1990s grunge sound, including lighter songs that perhaps would not have made it onto an Alice in Chains album. Even more than the vocals, the connective link between the AIC and solo songs across 35 years was Cantrell’s distinctive guitar tone.

Indeed, Cantrell’s one hour and 40 minutes on stage was a unique, career-spanning event, balancing familiar songs with deep cuts. The audience received an equal taste of nine mostly vintage Alice in Chains songs, nine lesser-known Cantrell songs, and a cover of an Elton John song, “Goodbye,” as the encore closer. Unless Cantrell schedules another solo tour in the future, New York fans may never again hear the songs from his solo albums live.

The evening was the 20th anniversary of the death of Layne Staley. Cantrell did not mention Staley’s name all night. The songs themselves paid tribute to Staley and the major role he played in launching Alice in Chains, Jerry Cantrell and the early 1990s alternative revolution.

Fans will get a chance to see Cantrell again this summer. Alice in Chains will tour the U.S. amphitheater circuit beginning in August. Cantrell’s solo outing was an opportunity for fans to enjoy another side of Cantrell’s music and in a more intimate setting.