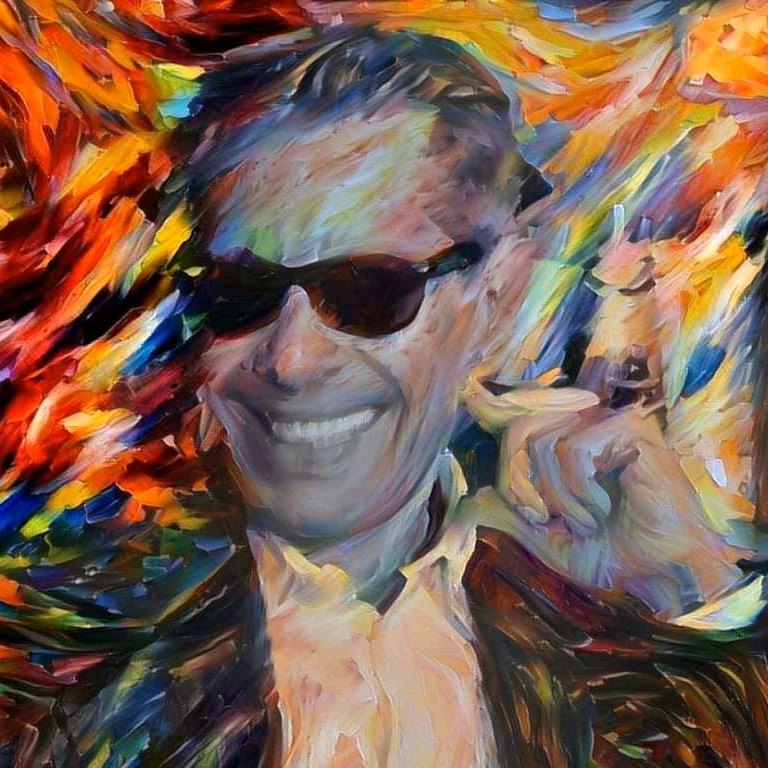 Jerry Brandt in a photo portrait enhanced with painting. (Facebook)

Jerry Brandt, owner of The Ritz, who revolutionized rock concerts, dead at 82

BY EVERYNIGHT CHARLEY CRESPO | Jerry Brandt revolutionized the New York live-music industry in 1980 when he converted the dormant 19th-century Webster Hall in the East Village into The Ritz. Although no official obituary has been published yet, he reportedly died of COVID- and pneumonia-related causes in Florida on Sun., Jan. 16.

Brandt was born on Jan. 29, 1938, in Bensonhurst, Brooklyn. After serving in the U.S. Army, he entered the music industry as a messenger for one of the world’s biggest talent agencies, the William Morris Agency. Within a few years, he advanced to become the director of the agency’s pop music division. He reportedly discovered Chubby Checker, booked acts that included the Beach Boys and Sonny & Cher, brought the Rolling Stones to the States, and handled Sam Cooke, Dick Clark and Muhammad Ali for theatrical events. In 1967, he opened his first rock club, the Electric Circus, on St. Mark’s Place.

During his peak years, Brandt was New York City’s primary rock impresario. He will be remembered best for conceiving The Ritz, at 125 E. 11th St., the first large rock club in New York that had a dance floor in front of the stage rather than tables and chairs.

In 1980, disco was dead and danceable new wave rock music was booming everywhere. Videos featuring colorful rock musicians were prevalent, leading to the creation of MTV. Brandt adapted to the culture by hanging a 30-foot screen above the Ritz’s stage and showing videos between live acts. The Ritz immediately replaced the sit-down Bottom Line club as New York’s primary music industry showcase venue.

Brandt’s successes at The Ritz seemed limitless. U2’s first American concert was at The Ritz on Dec. 6, 1980. Tina Turner launched her comeback on that stage. Duran Duran performed there in September 1981 on the band’s first U.S. tour. Frank Zappa performed a 30-song set on Nov. 17, 1981, which was broadcast live by WLIR. Depeche Mode made its American debut at The Ritz in January 1982. Ozzy Osbourne recorded the live album “Speak of the Devil” at the club on Sept. 26 – 27, 1982. Sting made his solo debut there on Feb. 26, 1985. Many bands recorded live albums and/or filmed live sets at the venue.

The Ritz moved in 1992 to the site of the former Studio 54, and Brandt remained rather quiet in the music scene from then on. The Bowery Electric honored him with an 80th birthday concert celebration on May 9, 2018. In 2020, Brandt started a crowdsourcing effort for “The Ritz NYC: The Essence of Rock ’n’ Roll,” which he described as “a photo book capturing life at The Ritz and the Rock ‘n’ Roll icons it hosted.” The book was budgeted at $35,000, but he raised only $1,021, just 2 percent of his goal, and the project was shelved.

Public Image Ltd. fueled perhaps the music club’s most controversial moment. On May 15, 1981, the British band, led by former Sex Pistols vocalist John Lydon, became a late substitution for Bow Wow Wow. Lydon and his new band performed behind a projection screen and played their records through the club’s public-address system while playing entirely different music onstage. This reporter remembers frustrated attendees in front pulling on the rug to try to bring the band forward, while audience members behind them booed and tossed bottles and other missiles at the stage, causing a near riot.

The last time this writer and Brandt spoke was about three years ago. He said that the promoters that followed him at the renamed Webster Hall were “genius.” He was referring to how the new promoters had turned the venue into three separate concert halls that operated simultaneously, and how they had added post-concert late-night rave parties on weekends.

Neither Brandt’s estate, his business office nor his family has issued a formal statement yet announcing his death. Brandt’s son, Alexander Brandt, posted on social media: “You always lived by you, and I’ll try to follow.” Brandt’s legacy is sure to live on.

For more on Jerry Brandt and The Ritz, watch the brief YouTube video “Jerry Brandt shares how ‘The Ritz NYC’ made music history in the ’80s.”