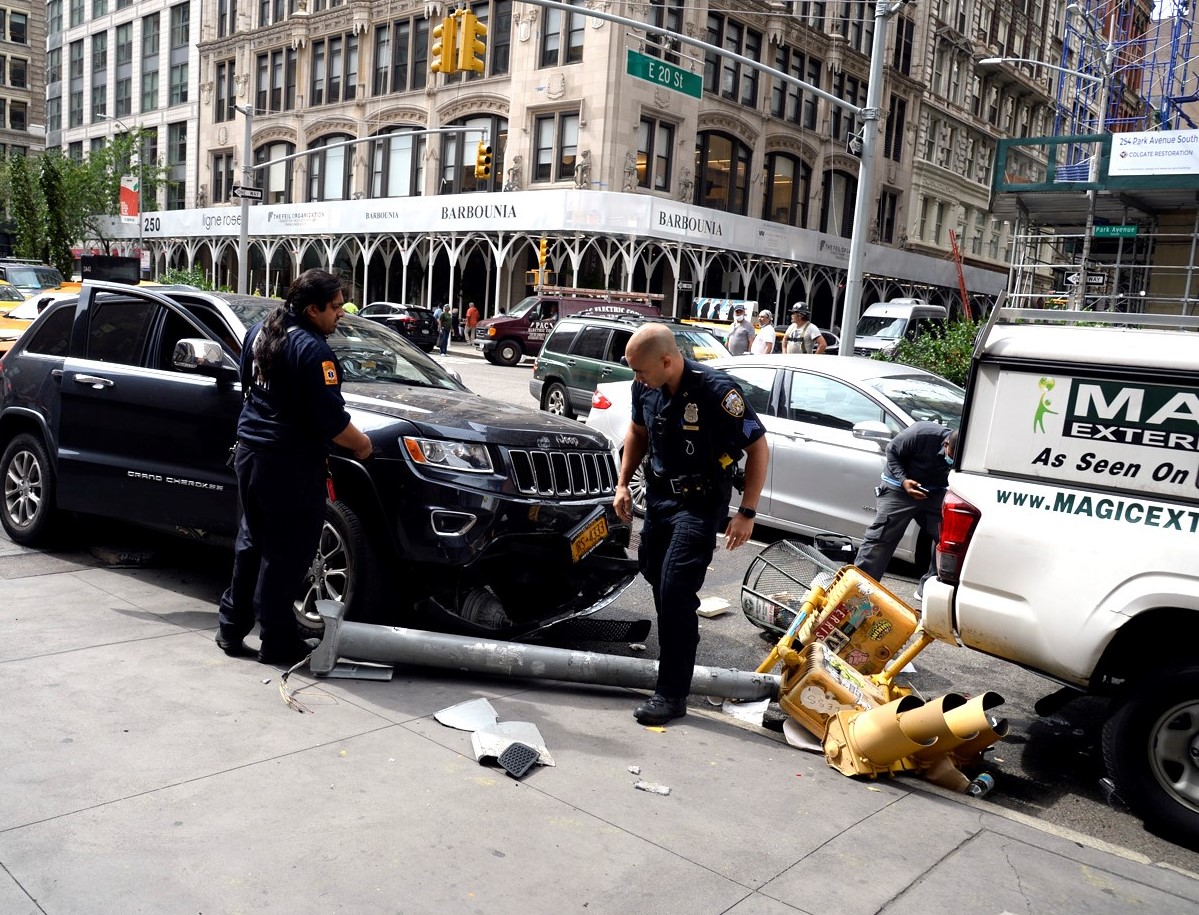 Fire Department E.M.T.'s responded to the scene after a Jeep SUV and a cab collided on Park Avenue South. (Photo by Jefferson Siegel)

Jeep SUV flies out of control on Park Ave. South after collision with cab

BY JEFFERSON SIEGEL | Around 1 p.m. on Thursday, at the height of the lunch hour, a taxi and a Jeep Grand Cherokee collided on Park Avenue South and 20th Street in a crash that could be heard blocks away. The violent collision, a half block away from Gramercy Park, sent the Jeep onto the sidewalk, knocking over a traffic light, a fire hydrant and a trash can.

Despite the lunchtime crowds, fortunately there were no pedestrian injuries. Both drivers appeared shaken but were not removed to a waiting ambulance.

According to the Web site www.howsmydriving.nyc, in the past 15 months the Jeep has accumulated 25 violations, including nine school-zone speed camera violations.

In a tweet responding to the news, Streetsblog New York commented, “No injuries is great, but the public will pay tens of thousands in equipment and labor costs to clean up these drivers’ mess.”