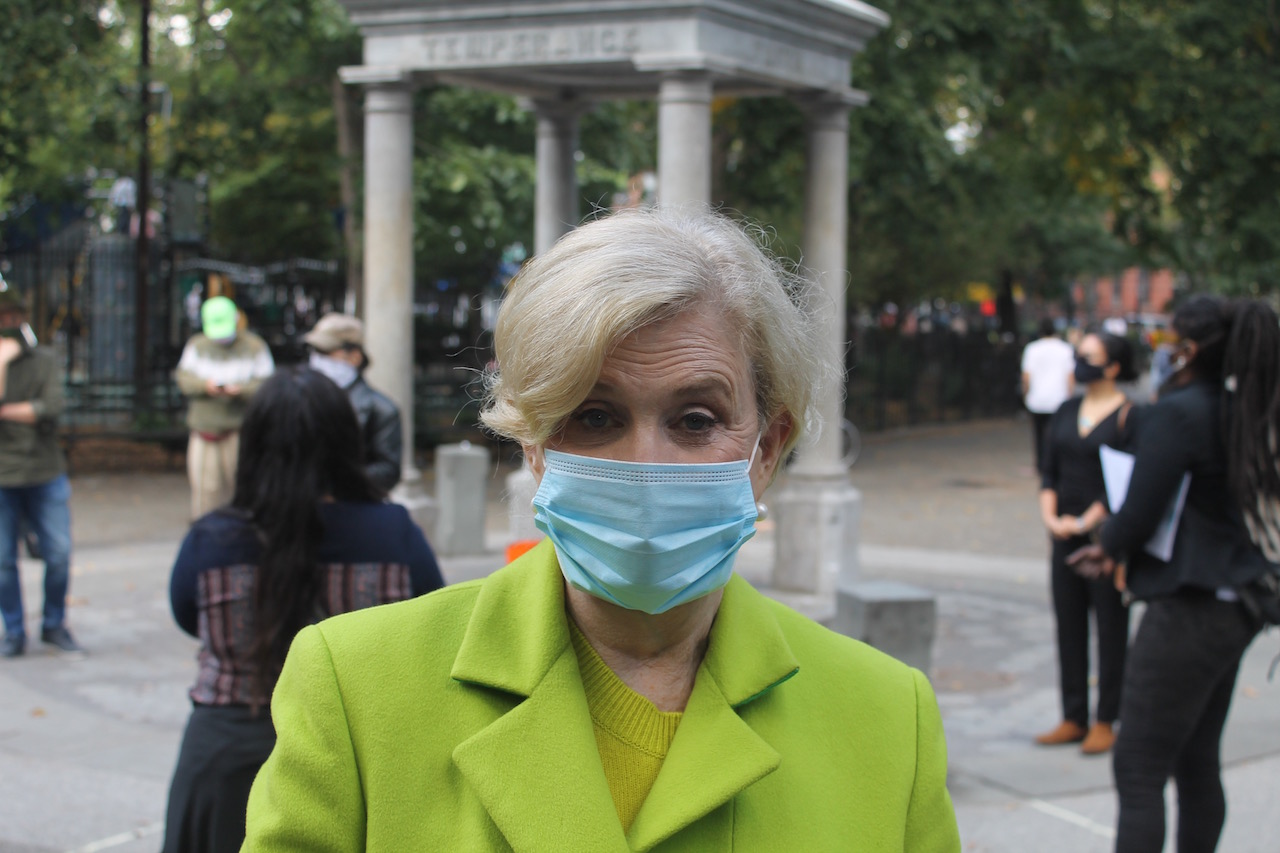 BY THE VILLAGE SUN | Carolyn Maloney is sick of being a Trump talking point.

During his first debate with Joe Biden, the president cited “Manhattan” when railing against the alleged risks of voting by mail.

He was obviously referring to Maloney’s congressional primary race against Suraj Patel this past June. A dispute over uncounted mail-in ballots dragged the election’s certification out for six weeks before the incumbent was finally declared the winner.

This may be the era of streaming music, but Trump’s shtick is becoming like a broken record for the congressmember.

“He mentions it every night,” Maloney said, in frustration. “It was a certified election. It’s over, let’s go forward.”

To help head off any problems with mail-in ballots, the veteran lawmaker urged those voting by mail to send in their ballots at least 15 days before the election.

Another option, she said, is early voting at the polls, which will happen from Oct. 24 to Nov. 1.

Maloney’s Web site has a poll-site locater for people to find where they can vote early.

“I think it’s important to vote early to make sure your vote is counted,” she stressed.

“The president did use it to cast doubt on the election process,” she admitted of her contentious primary race. “But don’t let him dissuade you from voting.”

Meanwhile, as Trump and members of his inner circle and Republican lawmakers have been stricken by coronavirus recently, Maloney assured that she’s careful when she’s in D.C. She noted she was on her way to Washington to vote on some matters.

“I’m very cautious,” she said. “We’re all wearing masks. Only a few people are on the floor at a time to vote. There are tele-meetings.”