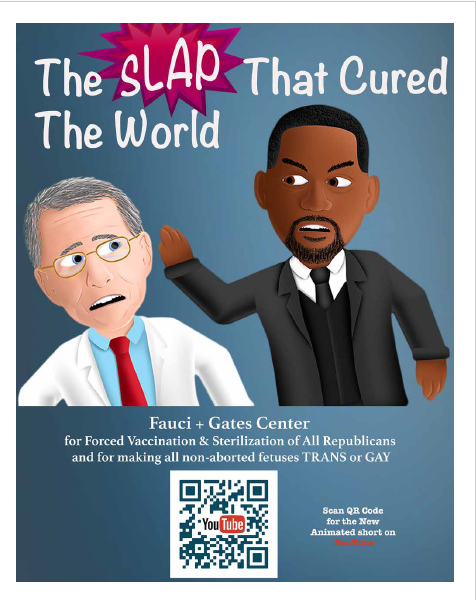 The back page of the June issue of WestView News featured a zany anti-vaxxer ad that was apparently a freebie, as in, unpaid. (WestView News)

‘It was a volatile situation’: Former WestView News managing editor on why she left to launch new paper

So far, in an ongoing series of articles in The Village Sun, we’ve heard, on the one side, from George Capsis, the 95-year-old founder and publisher of WestView News, and also more recently from Dusty Berke, his caretaker and “right hand” who, as of November, has been promoted to the paper’s managing editor.

On the other side, we’ve also heard from Democratic District Leader Arthur Schwartz, the senior editor of the upstart New WestView News.

The New Yorker magazine has reportedly gotten onto the story, too — though by the time its article comes out, you might have already read many of the gory details in this newspaper.

In addition, The Village Sun also recently spoke to Kim Plosia, who was WestView News’s managing editor and art director and who has now taken on those roles at New WestView News, the new breakaway paper that has infuriated Capsis.

“It really has the qualities of a soap opera…having lived it,” Plosia reflected.

Plosia started working at WestView News seven and a half years ago after moving to Greenwich Village from New Jersey. Having retired from a career in Web development, she said she took on the job as a designer at the paper because she was interested in learning more about her new neighborhood and also, frankly, because she was bored not working. In the past few years, after the paper had cycled through a number of editors, she found herself promoted to that role, as well.

“I started out as a designer, laying the paper out,” she said. “I kept inheriting other jobs. I call myself the accidental editor.”

A big traveler, during the pandemic, she relocated to outside the city and is currently living on Block Island, Rhode Island.

“I’m all over the place,” she said. “I don’t even know where I should be filing my taxes.”

Plosia’s father was a longtime newspaper reporter and columnist in Jersey, so she felt like she was tapping into the family tradition by joining WestView. And she had also worked at a community newspaper in the Garden State when she was just starting out, so it all felt like “coming full circle,” she said.

As Plosia tells it, working at WestView was always pretty tumultuous, but things worsened when Berke came on the scene about six years ago.

“I can’t tell you how many times I quit,” Plosia told The Village Sun. “It was a volatile situation.”

Her late father, though, always advised her to hang in there.

Capsis is known as charismatic yet also, at times, tempermental. But, according to Plosia, he was not the reason she bolted from WestView — though she faults him for allowing Berke’s power to grow.

“It was Dusty,” she stated. “I feel that [George] betrayed his newspaper and his staff.”

It’s well known that Schwartz and Berke, for years, have each individually coveted control of WestView News.

“To me, Arthur was always the heir apparent,” Plosia said. “We had a loose understanding of the agreement: If George became incapacitated, Arthur would be the one.”

She was referring to a 2013 deal, under which, in return for purchasing a certain number of full-page ads in WestView, Schwartz would get a 1 percent ownership stake in the newspaper. Should Capsis — who owned the other 99 percent of the paper’s stock — be unable to run the paper, Schwartz would take it over, per the agreement. However, Capsis and Berke claim the original agreement was invalid, plus point to a 2020 letter Schwartz signed that allegedly “voided” that earlier agreement anyway.

As for Berke, she started out “serving us coffee,” Plosia recalled. But Berke soon let it be known that, in fact, she hoped to buy WestView for the round sum of $100,000.

“The thing standing between her owning that paper was Arthur Schwartz,” Plosia said.

Meanwhile, Plosia is among those who think print newspapers sadly are not for long in this smartphone-centric world, where people, especially younger generations, are content to consume news on tiny screens.

“Dusty has latched onto the idea that the paper will be her cash cow,” Plosia said. “Please. Sit on a subway or anywhere that there’s no one holding anything. They’re on their phones — they live there.”

At any rate, Plosia said her biggest responsibility eventually became, in recent years, being “the gatekeeper,” meaning keeping Berke from inserting dubious content into the paper.

“I was the biggest resistance she had for two years,” she said, though adding, “It just became impossible.”

Berke had no official title on the paper’s masthead, yet would attend meetings at which the monthly editorial content was discussed. Meanwhile, at least one staffer bristled at Berke’s presence at the meetings, leaving her feeling snubbed.

Particularly frustrating, Plosia said, were deadline days, when Berke would fight to get her preferred content into the paper — including last-minute, conspiracy-theory-type ads — sometimes forcing Plosia to run afoul of the printer’s deadline.

“It ruined my relationship with the printer,” she said. “I felt she was running a parallel newspaper to ours.”

Basically, Plosia said, Berke started acting like she was her boss.

“I would try to handle her on my own. Finally, I reached out to the ‘old guard’ about one year ago,” Plosia said, referring to a group of veteran contributing writers.

Articles and ads Berke promoted that troubled Plosia included ones by a “9/11 lawyers” group claiming 7 World Trade Center was brought down by a “controlled demolition or something like that,” she said.

“It started to get a little creepy,” she recalled. “I felt we were going down the rabbit hole with that 9/11 conspiracy stuff.”

Then there was the June back page “ad” that was reportedly not really a paid ad, showing Will Smith smacking Dr. Fauci and headlined, “The Slap That Cured The World.” The piece was created by Kambiz Shekdar, allegedly a friend of Berke.

“Was that insane?” Plosia quipped, in disbelief. “I suggested she launch a new paper called Exposed and I would design it free of charge. I said, ‘What you’re doing probably has a real audience.'”

Berke, though, recently shrugged to The Village Sun that she’s just “a California Democrat.” At the same time, she said, she does like to present opposing views and let educated readers reach their own conclusions.

Ultimately, the printer started deferring to Berke over Plosia, according to the latter, who was left feeling galled.

On the other hand, Plosia granted that Berke was “brilliant at selling. She’s a crackerjack salesperson,” she said.

In the past, Capsis had input into the paper’s contents, but that has waned, according to Plosia.

“The last year, I essentially put that paper out without his input at all. The only thing George ever cared about was the front page,” she maintained, though adding, “George is still commanding of Zoom meetings.”

Meanwhile, during the pandemic, with ad revenue down, Plosia voluntarily agreed to forgo her pay.

But her checks never came — though other staffers were getting paid.

“I did not quit,” Plosia stressed. “I was fired halfway through [working on] the October issue.”

Capsis and Berke contend Plosia quit, with Capsis saying Plosia put the thought out there, to which he basically said, O.K., fine, then quit.

Plosia claimed Berke at times insulted her, noting, “Fortunately, I have very thick skin and no need to be liked.”

For her part, Berke says Plosia and Liza Whiting, who was WestView’s and now New WestView’s traffic manager, were “bullies” to her and never liked her, ever since she first moved into Capsis’s building — plus after she raked in $8,000 in ads for the first issue she worked on.

Plosia said Berke first came to the paper to do an article on the 9/11 tiles at Mulry Square, at Greenwich Avenue and Seventh Avenue South, that Berke has been involved in preserving, and moved right into Capsis’s building after he extended the invitation.

“He said she would be there if he fell down, and that she makes a good cup of coffee,” Plosia said.

Meanwhile, Plosia said of herself, Whiting and Darielle Smolian, the photo editor, who also made the jump to the new paper, “We put [the paper] out. We were a well-oiled machine.”

Berke said she liked Smolian and figured she “just went along for the ride” with the other two to the new publication.

As for how New WestView News actually came to be, it all happened very quickly, Plosia said.

“We did this in 10 days, in record time,” she said of producing the paper once the decision was reached.

Schwartz, Plosia and six other staffers and contributors — including Brian and Joy Pape and Maggie Berkvist — resolved to move forward with the new paper during a Zoom meeting on Nov. 20, less than two weeks before the new monthly would publish on Dec. 2.

Berkvist tragically died on Dec. 9 after a fall in the Village.

As for the new paper’s masthead, Plosia initially put Schwartz down as the publisher, but she said, “He removed it. He said, ‘I don’t want it. This is a collective.'”

Instead Schwartz is listed as senior editor.

There were some concerns raised during that initial Zoom meeting about the new paper’s name and design both mirroring WestView News, she said. Plosia said she and others asked Schwartz why they couldn’t just name the paper something clearly different, say, like West Village News.

“Some other names came up,” she said. “We weren’t really brainstorming anything creative.

“We said to Arthur from the get-go, just call it something else. We said that thing [WestView News] was going to die on its own.

“But Arthur said he wanted to go with it,” she said, “because there was an arrangement,” apparently referring to the 2013 agreement with Capsis, “and he felt they would work something out.”

As for West View News’s content, Plosia said if it morphs into a conservative or far-out paper, it’s not going to make it.

“You’re in the West Village — you think right wing is going to fly?” she scoffed.

Regarding New WestView News’s content, she knows Schwartz’s bent is toward politics, but she’d like to see it include lighter fare, as well.

But Plosia isn’t second-guessing her move.

“That paper was stolen from him,” she said of Capsis and WestView News. “We didn’t do that.

“At some point, George was a real leader,” she reflected. “And then at some point he was a strong figurehead. He had real thoughts about what was going on in the neighborhood. Sometimes he was right. Sometimes he was petty. He’s not an easygoing guy, but that’s what made him interesting.

“When I did this issue,” she said, referring to the inaugural, December issue of New WestView News, “I thought I would feel good. But I felt really bad. I was thinking about George. … I guess it was time to move on.”