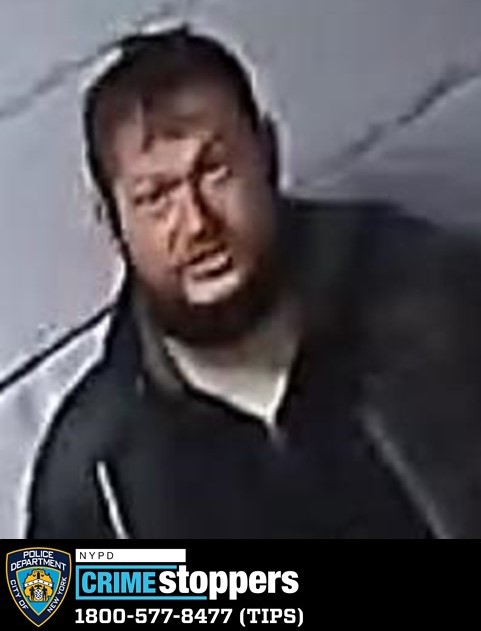 Police need help identifying this man, who was severely burned in the Gompers Houses. (Courtesy N.Y.P.D.)

BY THE VILLAGE SUN | Police are seeking the public’s help in identifying a man who was set ablaze in a stairwell in the Samuel Gompers Houses last Friday.

News reports identified the victim as a drug addict roughly in his 30s who was reportedly asleep on the stairs of the public-housing building at 60 Pitt St. when he was set on fire. Police reported that just before 5 p.m. he was found lying unconscious in the stairwell with severe burns on his torso and lower body.

E.M.S. transported him to New York Hospital Cornell Medical Center where he was reported in critical but stable condition.

The victim is described as white, with dark-colored hair and was wearing a black jacket, black sweater and dark-colored pants. He did not have any identification on him.

Four hours after the burned victim was found in the stairwell, police arrested a building resident, Nathaniel Terry, 27, charging him with attempted murder, assault and arson.

The Daily News reported that residents frequently complained about homeless people sleeping in the Lower East Side building’s halls and stairways. Terry allegedly was trying to “scare” the victim, according to a police source; he set the slumbering man’s pants on fire with a lighter but the flames quickly spread, engulfing the victim.

“He had clothes on, but they were like melted in his skin,” a witness told the News. “He was on fire, like he was burning up. [I] smelled it. He wasn’t even crying or anything like that. He wasn’t even making noise. He was just on fire.”

Police ask that anyone with information about the victim’s identity or the incident call the N.Y.P.D.’s Crime Stoppers Hotline at 1-800-577-TIPS (8477) or for Spanish, 1-888-57-PISTA (74782). Tips can also be submitted on the Crime Stoppers Web site, crimestoppers.nypdonline.org, or on Twitter at @NYPDTips. All tips are strictly confidential.