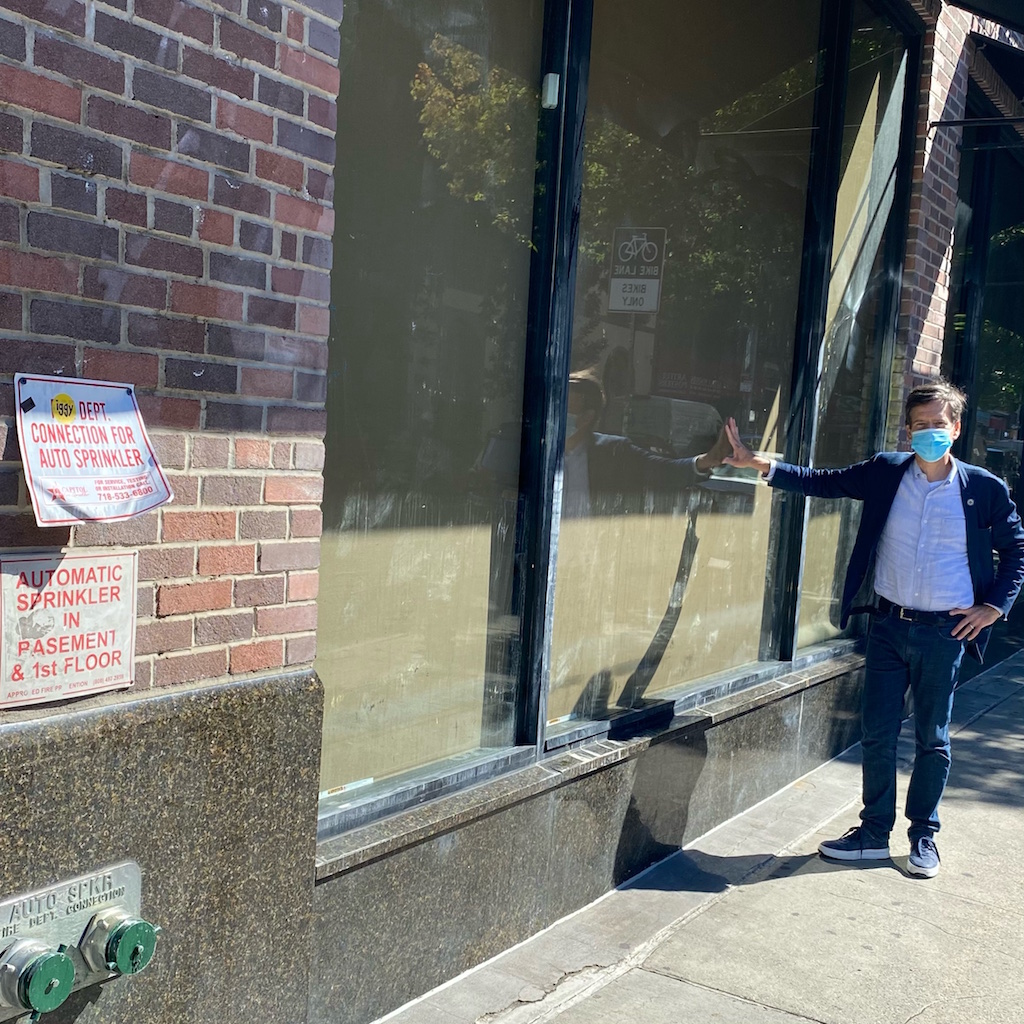 Brad Hoylman stands next to a store window that he made sure was cleaned of graffiti. (Courtesy Brad Hoylman's Office)

The state senator had graffiti removed that was covering an empty storefront at 205 Bleecker St, at the corner of Bleecker and Minetta Sts. and Sixth Avenue. He paid a cleaning service to do the removal.

New York City suspended its Graffiti-Free NYC program in March, putting the responsibility to remove graffiti on the private businesses that are already reeling from seven months of the pandemic. Hoylman was alerted to the graffiti on Sept. 29.

He said removing the scrawls is important for restoring “a semblance of normalcy” in our COVID-disrupted lives.

“I’m grateful to members of the local community for reaching out to remove graffiti on this building at 205 Bleecker St., in the heart of Greenwich Village and my Senate district — but the City of New York should be doing its job,” Hoylman said.

“The city’s defunct graffiti removal program cost $3 million a year, but the benefits it brought to street life and small businesses were enormous,” he said. “The city must bring back the Graffiti-Free NYC program to help build confidence and a semblance of normalcy for our small businesses and neighborhoods. Graffiti removal is an important role of local government that should be suspended only as a last resort.”

Hoylman is running for Manhattan borough president because he says he wants to help lead the borough’s recovery from the pandemic and its economic fallout.