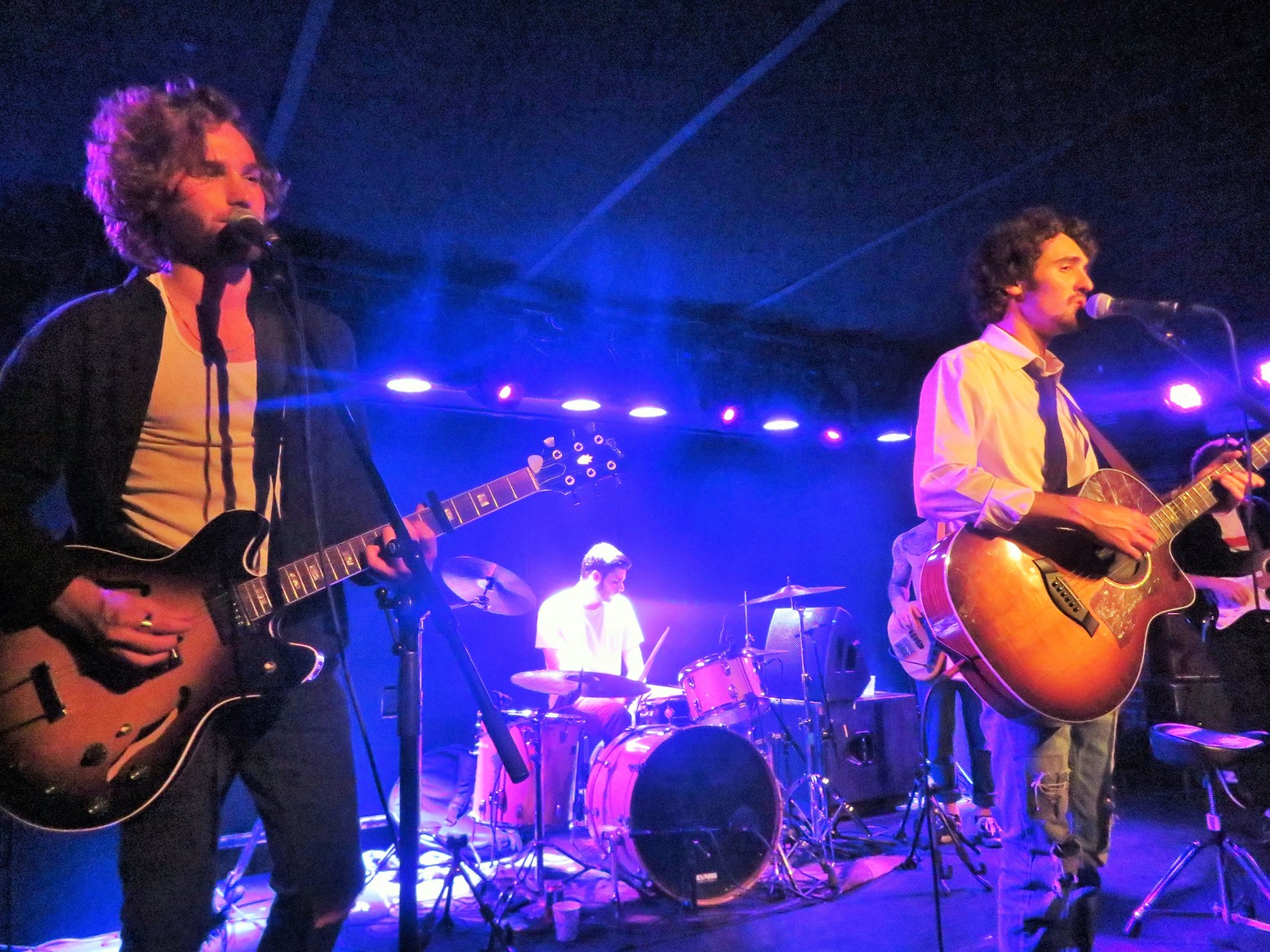 BY EVERYNIGHT CHARLEY CRESPO | Jerry is an avid buyer of concert tickets, claiming to see more than 200 music events each year. He refuses to get vaccinated for COVID-19, however, no matter how many of his closest friends implore him with reason.

He responds by citing a negative childhood vaccine experience and various controversial conspiracy theories that none of his friends want to hear. Despite Jerry’s anxious year-long wait for concerts to resume after the pandemic closed his favorite venues in March 2020, there is no convincing him to roll up his sleeve. He adamantly says he will limit his concerts to outdoor venues that admit the unvaccinated and to shows outside the city limits.

Alice is known in the local music circuit as the ex-wife of a well-known musician. She, too, refuses to get vaccinated. She says she will use a fake vaccination card as needed. She hopes that her fraud will go undetected. Falsification of a governmental document can result in imprisonment for up to seven years.

Jerry and Alice are among the many live-music fans that have refused all the governmental incentives to get vaccinated, whether they be school scholarships, transit passes or a $100 payment. Maybe a free pair of front-row seats to see Pearl Jam would entice them, but maybe not. Despite their protests, Jerry and Alice and thousands of other unvaccinated New Yorkers and tourists will find themselves unable to enter indoor dining, entertainment or fitness facilities starting today.

The Key to NYC Pass

On Monday Mayor de Blasio announced that the Key to NYC vaccination mandate for indoor dining, entertainment and fitness would start Aug. 17. Emergency Executive Order 225 was published after his media advisory. Actual enforcement, however, with a multiagency effort, will not being until Sept. 13.

“New York City has one mission: Defeat the delta variant and build a recovery for all of us,” de Blasio said. “The Key to NYC sends a powerful message that vaccination will unlock our city’s potential, and we’ll stop at nothing to save lives and keep New Yorkers safe.”

De Blasio originally announced in a media advisory on Aug. 3 that all indoor dining, entertainment and fitness facilities must require customers to show proof of COVID vaccination for entry. Acceptable proof of vaccination includes at least three options: a CDC-issued vaccination card, the New York State Excelsior Pass or the NYC COVID Safe App, which allows those vaccinated outside of New York State to show proof of their status. The mayor hopes this mandate will create safer environments and will encourage more people to get vaccinated.

Unlike in the past, neither the state nor city government is implementing any additional safety protocols. Social distancing, capacity limits, curfews and contact tracing will not be mandated for indoor businesses. Outdoor venues will not fall under the mandate, although they may choose to opt into the vax-only policy.

“The Key to NYC Pass will be a first-in-the-nation approach,” the mayor said on Aug. 3. “It will require vaccination for workers and customers in indoor dining, in indoor fitness facilities, indoor entertainment facilities. This is going to be a requirement. The only way to patronize these establishments indoors will be if you’re vaccinated, at least one dose. The same for folks in terms of work, they’ll need at least one dose.”

De Blasio’s Emergency Executive Order 225 can be reviewed here. The executive order allows for several exemptions. For instance, unvaccinated individuals who are masked may enter a “covered premise” for “a quick and limited purpose (for example, using the restroom, placing or picking up an order or service, changing clothes in a locker room or performing necessary repairs).”

Surprisingly, the executive order allows unvaccinated nonresident performers a pass. Under the exceptions to the executive order, Section 2B exempts “a nonresident performing artist not regularly employed by the covered entity while they are in a covered premises for purposes of performing.” They “may enter a covered premises without displaying proof of vaccination, provided that such individuals wear a face mask at all times they are unable to maintain six (6) feet of distance from other individuals inside the covered premises.” If they are New York City residents, however, the performers must be vaccinated.

The city plans to conduct an aggressive outreach and education campaign, including a $10 million multiplatform paid media campaign. This campaign will include radio, television, digital, social media and subway live boards. About 600 canvassers will visit businesses door to door on a listening tour and explaining the mandate, with the goal of covering every zip code in the city within the next three weeks.

A four-week honor-code grace period begins tomorrow, allowing businesses to acclimate and the city to make adjustments. Inspections and enforcement will begin on Sept. 13, a week after Labor Day weekend. No fines will be issued until Sept. 13.

Last week, de Blasio applauded New York City businesses that he called “early adopters.” The 50 places he named were among those already requiring customers to show proof of vaccination for entry before the Aug. 17 mandate. The live-music venues he applauded included Arlene’s Grocery, the Bell House and City Winery NYC.

“More and more businesses have already adopted our Key to NYC requirements and are becoming public health heroes in the process,” de Blasio said. “I thank each and every one of them for doing their part to keep New York City safe. My message to New Yorkers is clear: If you want to enjoy everything New York City has to offer, get vaccinated today.”

The lack of a published document until Monday caused confusion among venue operators, however. One club’s booking agent contacted by this reporter thought the new rules were effective in September.

Most venue operators are ready to start asking customers for their vaccination cards, though. Several have been asking for proof since reopening, including Arlene’s Grocery, the Beacon Theatre, the Bell House, City Winery, Mercury Lounge, Radio City Music Hall and Terra Blues. Others implemented a vax-only policy in recent weeks, including the Bowery Ballroom.

Even some outdoor events, including SummerStage Central Park, the NYC Homecoming Concert and Global Citizen, will enforce a vax-only policy. Beginning Aug. 19, attendees of the BRIC Celebrate Brooklyn! Festival in Prospect Park must show either proof of vaccination or a negative COVID-19 test within 72 hours prior to entry. Governors Ball on Monday announced a similar entry policy.

Since reopening on June 6, Terra Blues immediately implemented a ‘fully vaccinated patrons-only’ policy and began carding at the door,” Deidre Bird, the office manager at the Bleecker St. club, said. “The owner predicted that vaccine carding was an inevitability, so we decided it was best to keep our rules as standardized as possible. At the time, this step allowed for us to operate with no masking or partitions indoors and greatly increased our maximum capacity. Quite honestly, the new mandate will have very little effect on operations going forward.”

Next door to Terra Blues, Paul Rizzo, owner of The Bitter End, believes most of his customers are vaccinated, and is ready to card everyone starting today. He will refund any unvaccinated ticket holders who purchased advance tickets before the new policy was announced. All new purchases will have the vax-only policy printed on the ticket.

Natasha Stolichnaya, who books the music at the Anyway Café in the East Village, at E. Second St. and Second Ave., told this reporter she is hoping for the best.

“Maybe I’m being overly optimistic, but I truly believe and hope that the new rules are not going to affect us drastically,” she said. “We might lose some, but I asked around in the East Village and most people are fully vaccinated, and so are our musicians.”

Indeed, the more difficult part of this equation may be in admitting only the resident performers with vaccinations. What happens if a resident band arrives at a venue for a gig and one member cannot produce a vaccination card? Especially after Sept. 13, venue operators will have to be vigilant that every member of every resident band they book is vaccinated.

“Musicians are the most responsible people ever!” Stolichnaya said of her experience so far. “From what I gathered, a lot of different folks agree that it doesn’t matter if you are a believer or not, there’s a ‘social duty.’ So, let’s get vaccinated, move on and rock and roll!”

Don Kabore, the general manager of Groove, said the W. Third St. club is down with the mayor’s policy.

‘We have to beat this virus, and this is a way to encourage more people to get vaccinated,” he said. “We all have to make sacrifices so that we can contain the spread.”