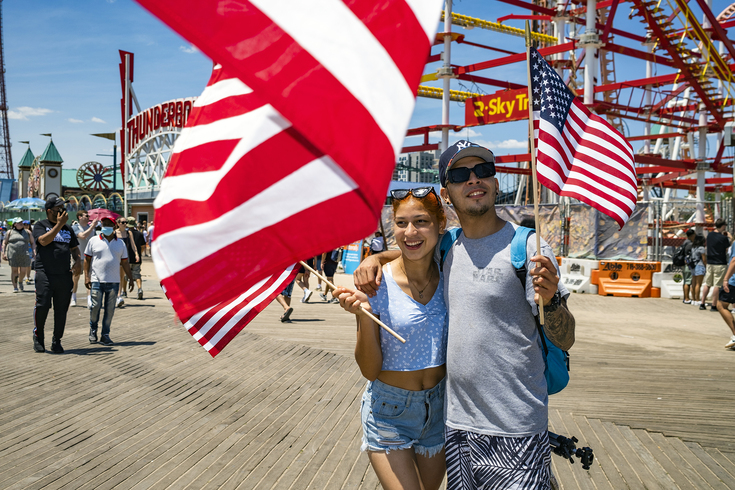 Hot dog hoopla at Coney Island on the Fourth

BY THE VILLAGE SUN | Coney Island was the place to be on the Fourth of July to enjoy the sun, surf and the ritual scarfing down of frankfurters at the annual Nathan’s hot dog-eating contest.

Things got a little chippy, though, during the gorge-fest when an animal-rights protester in a black Darth Vader mask hopped up onstage and elbowed reigning champ Joey Chestnut. The competitive eater promptly clamped the activist in a chokehold, yet still managed to win the mustard-yellow belt for a record 15th time.

Chestnut later regretted the move, saying he was triggered by the black mask, plus had been revved up anticipating the contest and just lost it — though, to his credit, he didn’t lose his lunch.

He said he chose not to shove the protester away and instead grab him in a headlock because he feared he would otherwise drop the hot dogs he was holding.