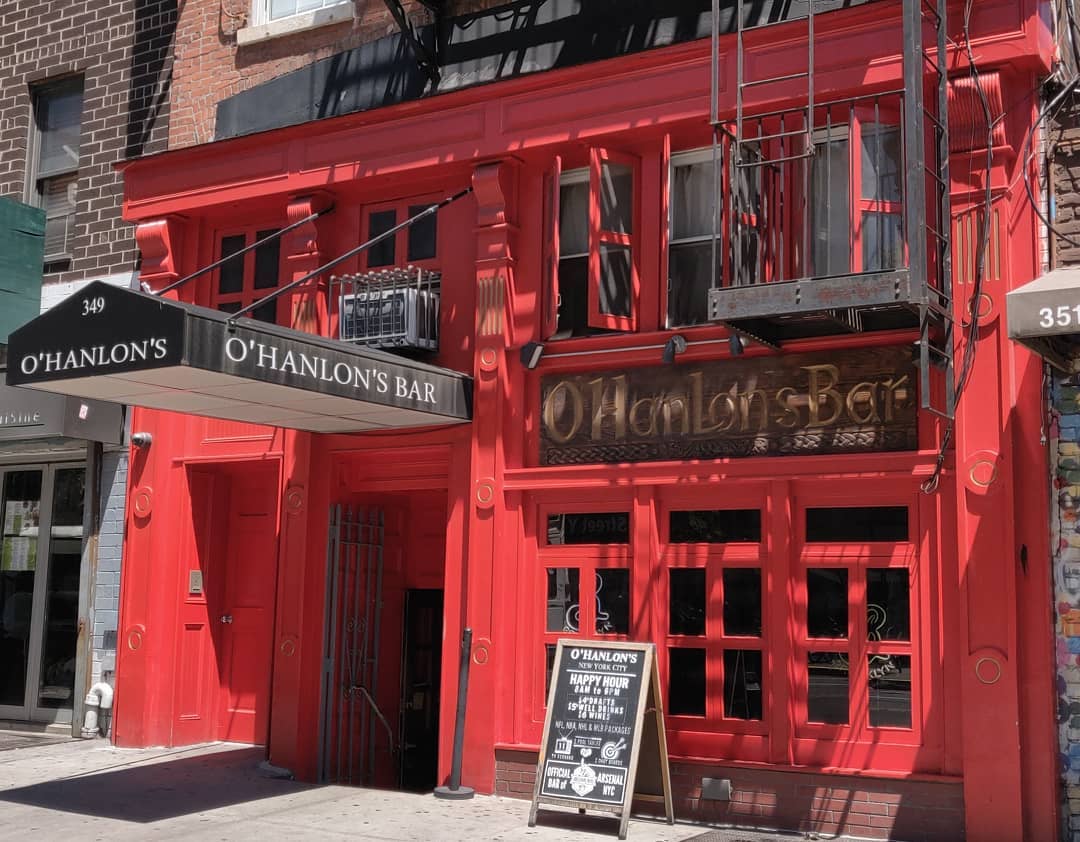 A man in an apartment above O'Hanlon's Bar was arrested, police said. (Facebook)

BY KEITH J. KELLY | Firefighters were responding to reports of a smoke situation Saturday night in the apartments above O’Hanlon’s Bar on E. 14th Street when they were confronted by a man brandishing a shotgun. The gunman eventually voluntarily surrendered, and was arrested and charged with menacing and criminal possession of a weapon.

“As F.D.N.Y. personnel were conducting a door-to-door investigation to determine if there was an active fire in any apartment at the location, an unknown individual displayed a shotgun at firefighters on the scene,” according to the New York Police Department.

Firefighters barricaded the gunman into the apartment at the building — at 349 E. 14th St., at First Avenue — and called police at around 10:18 pm.

An Fire Department spokesperson told The Village Sun, “While investigating the condition, F.D.N.Y. members were forced to withdraw and await a police response after a resident brandished a firearm at a firefighter.”

Police said that after officers arrived, “a dialogue was created and the individual voluntarily surrened himself into police custody.”

The shotgun was recovered, as well as a collection of what police said were “imitation pistols inside the apartment.”

The perpetrator was identified as Thomas Gordon, 40, and he was charged with menacing a peace officer and eight counts of criminal possession of a weapon.

Traffic was tied up during the standoff. The building was eventually deemed safe and clear of fire hazards.

A Fire Department spokesperson said, “After this individual was taken into custody, on-scene members were able to mitigate the smoke condition that resulted from food on the stove. No injuries were reported.”