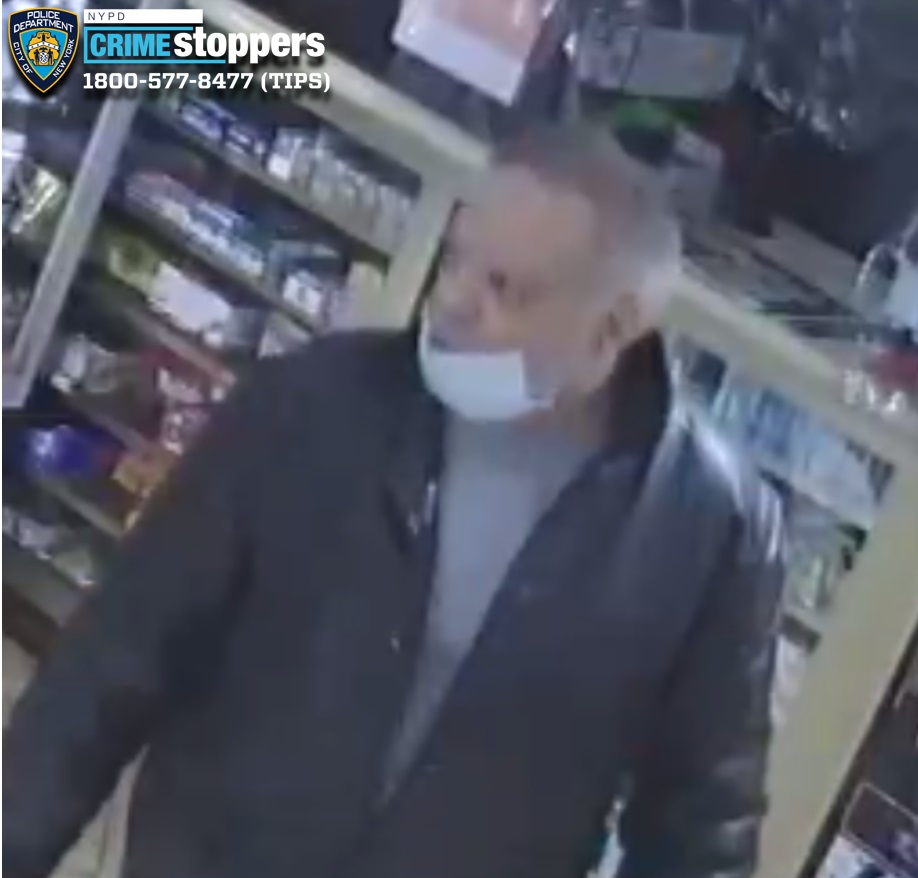 A surveillance photo of the alleged robber. (Courtesy N.Y.P.D.)

This guy was a passenger from hell.

Police said that on Sun., Dec. 13, around 1 p.m., a 51-year-old man driving a yellow cab picked up a male fare at W. 44th St. and Ninth Ave. The guy asked the driver to take him to E. 13th St. and University Place. Once at that location, the man then asked the cabbie to drive him to W. 14th St. and Seventh Ave.

Upon arriving at the second location, the fare told the hack he had to get money from a friend inside of a store at 200 W. 14th St. A police report did not specify which store. The building, located at the intersection’s southwest corner, has six commercial storefronts, including a pawn shop.

After a few minutes, the victim entered the store looking for the individual, and both returned to the cab. The man then partially displayed an unknown black object from his left pants pocket and demanded money from the driver, who complied and handed him $80 cash. The robber then exited the yellow cab and fled on foot heading northbound on Seventh Ave.

No injuries were reported.

The suspect is described as about 5 feet 9 inches tall, weighing 200 pounds, with a medium build, a light complexion and gray hair, and last seen wearing a blue face mask, a black leather jacket, light blue jeans and white sneakers.

Police released surveillance photos of the suspect, taken inside of 200 W. 14th St.

Police ask that anyone with information call the N.Y.P.D.’s Crime Stoppers Hotline at 1-800-577-TIPS (8477) or for Spanish, 1-888-57-PISTA (74782). Tips can also submit their tips by logging onto the Crime Stoppers Web site at WWW.NYPDCRIMESTOPPERS.COM or on Twitter at @ NYPDTips. All tips are strictly confidential.