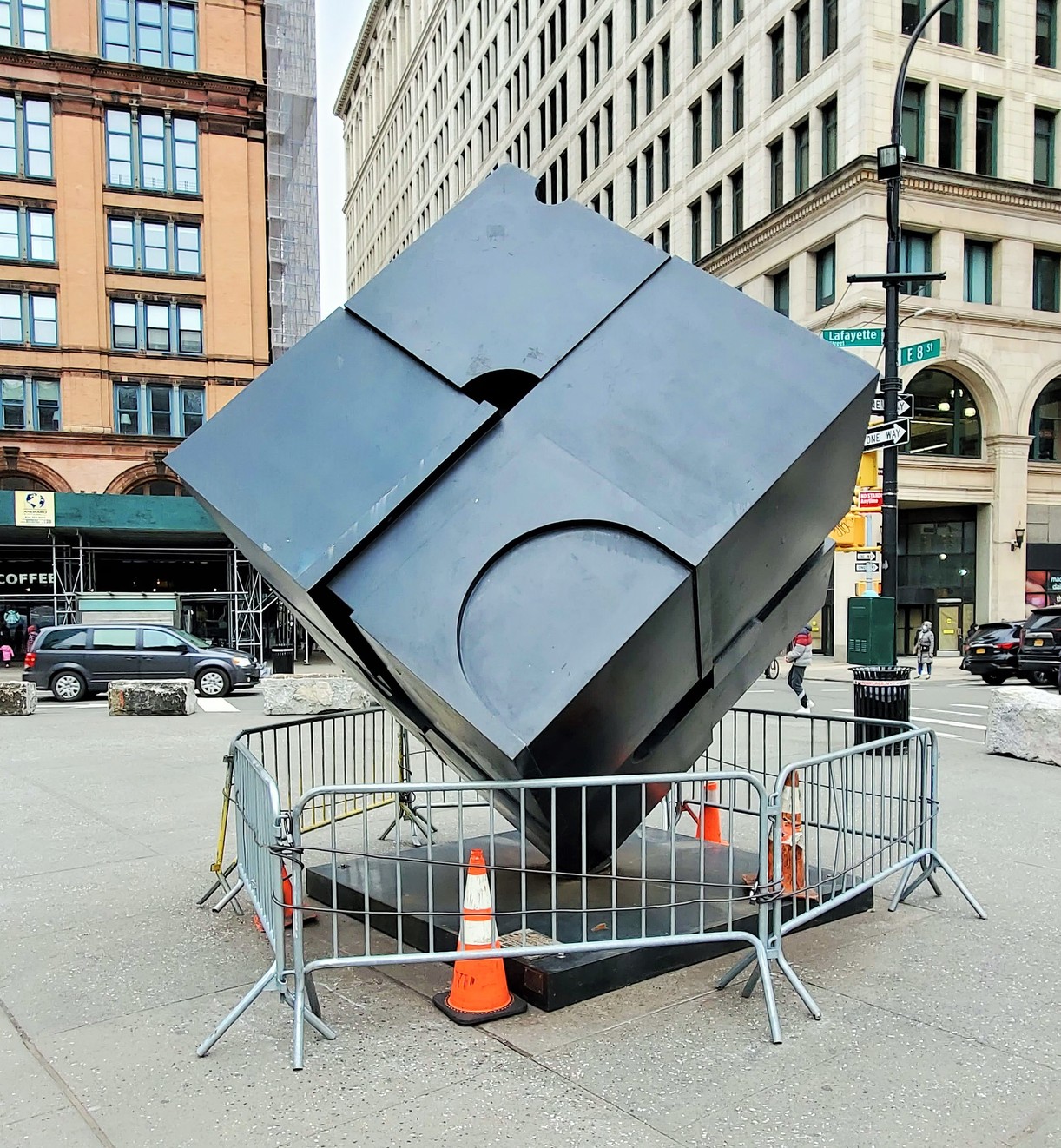 "The Alamo" a.k.a. "The Cube" needs repairs, only about six years after having undergone a $180,000 restoration. (Photo by The Village Sun)

BY THE VILLAGE SUN | The iconic “Cube” sculpture at Astor Place is going back into the repair shop again.

It was only a few years ago that the piece, the official name of which is “The Alamo,” by Tony Rosenthal, received a $180,000 renovation. City officials gave it a celebratory first spin after its reinstallation.

But according to the Village Alliance business improvement district, the spinnable sculpture has been having issues precisely with its spinning mechanism, which now needs fixing before it becomes further damaged.

So now it will be back to “Remember ‘The Alamo'” for a while again.

The sculpture was first installed at the prominent East Village location back in 1967. It sat on its own traffic island until a few years ago, when part of Astor Place was demapped to turn the area into an expanded pedestrian plaza.

The sculpture was most recently restored from 2014 to 2016, when it was removed from the street to clean it of grime, graffiti and food stains.

It’s reportedly the only piece of public artwork owned by the New York City Department of Tranportation, which might be a good thing since this one seems to have so many issues.