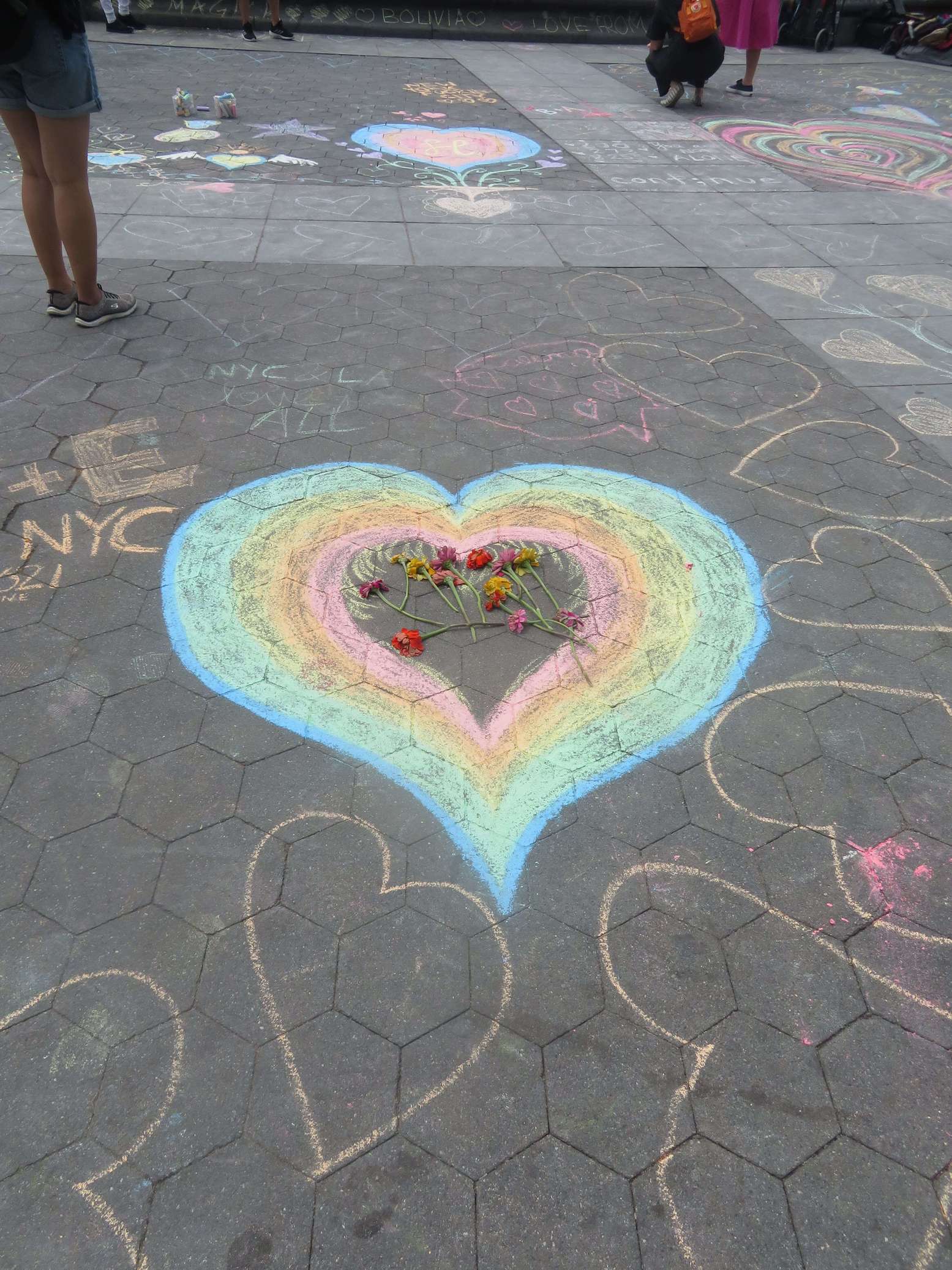 At a "chalk out" event in memory of Hash Halper, Washington Square Park was covered with hearts. (Photo by Everynight Charley Crespo)

Their hearts go out to him… .

A Memorial Chalk Out was held in Washington Square Park on Sunday for the late street artist Hash Halper.

Halper a.k.a. New York Romantic, a fine-art painter, starting chalking hearts on Downtown’s pavement in 2014, racking up a total of more than 300,000 of them over the years.

He died on June 11 at age 41, reportedly after jumping off the Brooklyn Bridge.

Growing up, Halper was called Heshy, which explains why some of the hearts drawn in Washington Square say Hesh not Hash.