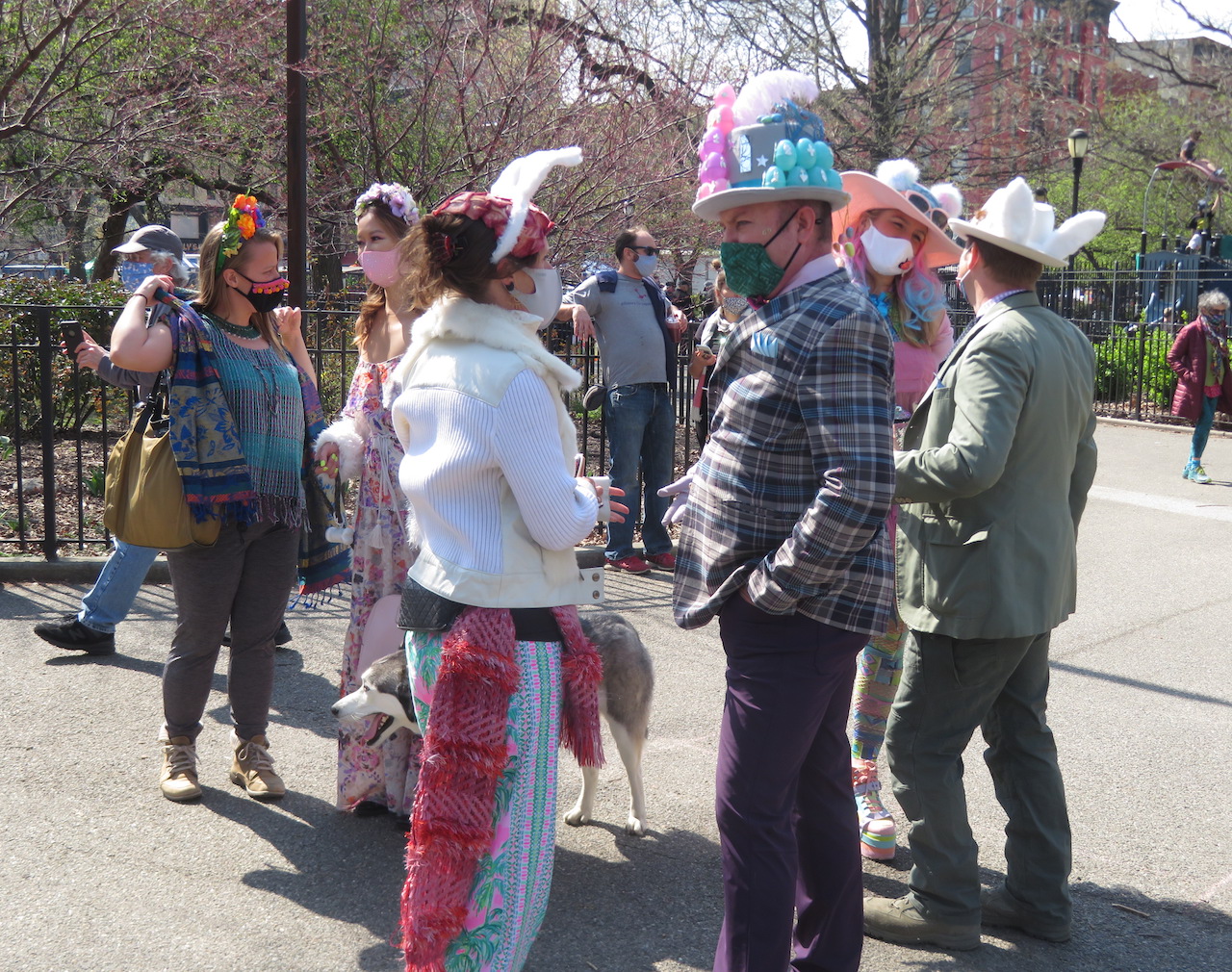 Easter “bonnets” were in full bloom in Tompkins Square Park on Sunday.

The party later gravitated to a hippie-styled bus parked at Avenue B and E. Ninth St. where a makeshift runway was created.

Sing Out, Louise!, a “resistance queertet” that performs satirical songs to popular melodies, also made the Easter bonnet scene.

It wasn’t immediately clear who organized the event, but it’s a good bet it was Lucky’s Bar and the same folks who led the Mermaid Parade event in the park last fall.