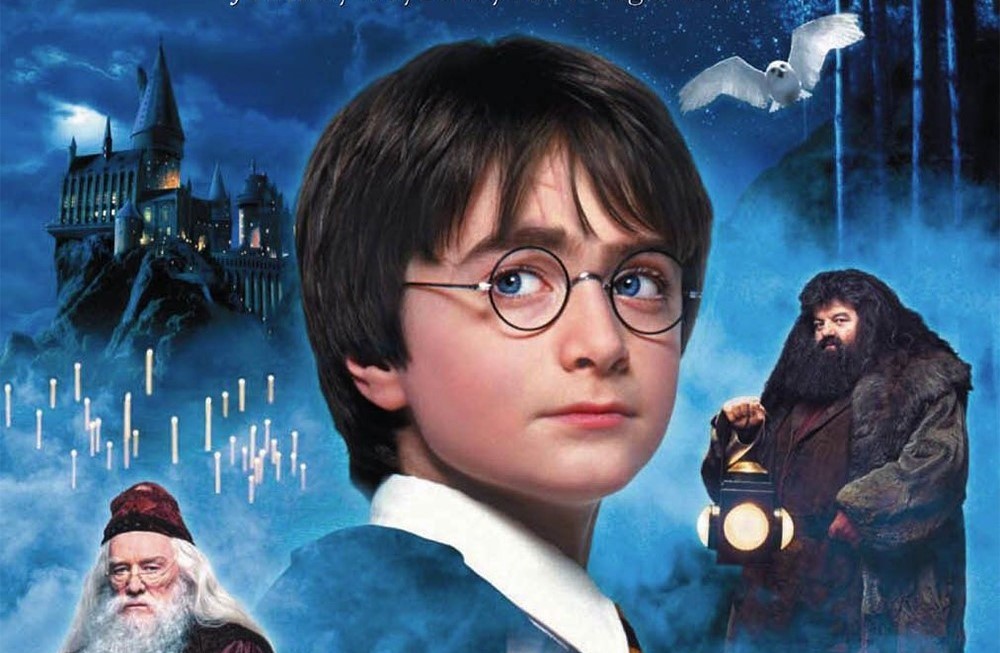 "Harry Potter and the Sorcerer's Stone" was a welcome ray of magical light after the tragedy of 9/11.

Harry Potter and the second most important day of 2001

BY MICHELE HERMAN | It is first thing in the morning on Friday, November 16, 2001, and it’s hot. I’m standing on the crowded sidewalk outside P.S. 3 in Greenwich Village with most of the student body and much of the parent body. We are patiently waiting in the heat. Anyone with elementary-school-aged kids knows that while there’s a long shadow darkening all the days beyond September 11, there’s also been a light growing ever brighter as November 16 has slowly, ever so slowly approached, because this is the day the Harry Potter movie opens.

We are going together to the first morning screening in Times Square. I have pulled my younger son, a boy who can sing all nine verses of “The Sorting Hat” song, out of his first-grade class for this, and he is holding tightly to my hand. On my other side is my fourth grader and his friend, a boy who arrived at the school just a year ago speaking only Chinese. They are huddled deep in a discussion.

“How do you think they’ll make Fluffy?” asks his friend, referring to the three-headed dog who guards the chamber of secrets. While my son weighs the possibility of three actual dogs or one fake one, I glance up at our school. It is five stories tall and faces south, which means that some of the fourth and fifth graders, these two boys included, watched the towers burn and collapse from their classroom windows. Since that morning, the school has been hosting two of the displaced Lower Manhattan schools. In our already-taxed 100-year-old building, we are somehow containing three schools’ worth of classes, teachers, principals, secretaries, artwork, lunchboxes; three schools’ worth of clowns and criers and squirmers. Of the three parent bodies, we know we’re the lucky ones, and this knowledge seems to have changed us.

On this weirdly August-like morning a week before Thanksgiving, we are on our best behavior — even the parents. Other parents coach soccer or jog, but our parents yell for sport. Those who can’t abide yelling tend to get driven away early, depriving us of the voices of sanity. Some of us non-yellers come anyway, trying, like the good, oldest children from volatile families that we are, to attempt peacekeeping.

Parents have yelled about the treasurer who absconded with the class funds. The asbestos under the roof. I’ve stood on this wide sidewalk after P.T.A. meetings that lasted into the night and devolved into screaming matches about the lesbian cabal that some believed ran the school or about the superintendent others were convinced was systematically ripping the heart out of the school because he wanted to let the kindergartners use the parents’ room for lunch.

Sprung from those meetings, gulping the cool night air of Hudson Street, I was always forced to remember that I was the one who steered my family to this school. We could have gone to the other public school in our neighborhood, the regular school with the desks and the teachers who go by Mr. or Ms., and the regular parents who kiss their kids goodbye at the door and go somewhere else all day. But no, I had to insist on the place that calls itself the hippie school on its official, tie-dyed T-shirts. This place has spirit, I had insisted. All the interesting families go here.

Now everything has changed. The parents have been behaving themselves for a good long while now. I can tell you exactly how long: two months and five days and three minutes, almost long enough for me to believe that real good, lasting good, has come out of the events of September 11. It’s a plausible proposition, isn’t it? That good emerges from evil? History runs in cycles, right? Hotheads burn themselves out and cool heads prevail. Everyone comes to his or her senses, reforms are put in place, saplings planted, slavery abolished, democracies established.

Finally, the last stragglers arrive and we begin walking down Grove Street to the subway. My first grader is still gripping my hand, concentrating very hard. I can almost feel him willing the movie to live up to the year of mounting, nearly unendurable anticipation. The two fourth graders in my charge are trying hard not to run, but they’re like cart horses being whipped by invisible forces, and I have to keep whoa-ing them back into place. At one point my son’s friend gets so excited he falls off the curb.

I want so for this outing to go well. One of the more politically engaged teachers has written and circulated an erudite op-ed piece about the educational value of taking the kids to see “Harry Potter.” Some parents have commenced the mildest grumbling at what they see instead as pandering to pop culture. I am hoping this is not a hairline fracture. We have been on our best behavior for so long.

I gradually realize that my son’s friend is not himself. He’s popping pills from a little glass vial with a blue label. I take a look at the bottle, but the label has Chinese characters; I have no idea what this stuff is.

There’s a vagueness in his eyes I don’t like the look of. We emerge near the diesel fumes and the big green trusses of the Port Authority garage.

“Look, we’re almost there; there’s a poster of Hagrid,” my older son says to his friend, trying to make him feel better.

The theater is one of those brand-new multiplexes in the new corporate Times Square. We ride up three vast escalators past the sub-sub lobby and the sub lobby until I lose all track of what floor we’re on. TV screens show chopped-up images and posters advertise upcoming teen movies. Everyone has the same white teeth (all except Hugh Grant). There are Cokes in plastic cups the size of sand buckets and a pop soundtrack. It’s one of those places that makes me think there’s only one corporation and it owns everything.

I have packed the boys’ knapsacks with reused baggies containing bread-and-butter sandwiches, per the assistant principal’s instructions for a healthy and quiet snack. We are a very big group. My little part of the group is anxious to get good seats, but we have to keep stopping to keep my son’s friend going. We’re running through all my Kleenex, wetting it with my water bottle to mop his hot forehead. Both his parents work full time.

Usually moviegoing, especially in these factories, is anonymous, removed from daily life. But here on the escalator, holding my son’s friend, I know everyone. I watch my school, my new, mature school, rise into the air. Maybe it’s the air-conditioning, but one of those post-9/11 pangs of gratitude surges through me. I see each class ascend. I see one small boy furtively sucking his thumb, and the girl I once comforted in the lunchroom when her yogurt spilled on her favorite blue shirt.

There are too many of us to fit on the escalator, so that when the staff stops us at the top, the people at the bottom have no idea what’s going on. The ushers tell us we can’t bring in snacks. They cite Board of Health regulations. Then they say we can’t even bring in the knapsacks. They produce giant black garbage bags. They’re talking into their little microphones and listening to replies in their earpieces. This is not a time to mess around. A Vietnamese woman has already died of anthrax poisoning.

We have a new principal this year who has been undoing years of damage from a revolving door of principals before her. First there was one that the angry parents hated and distrusted but the reasonable parents thought was plenty good enough. Then one the angry parents adored and the reasonable parents distrusted. Then last year we had one who united us all in hate and distrust. But this year the factions disappeared. Former sworn enemies were signing up for committees together.

But now, at the top of the escalator are these officious ushers, and suddenly the angry parents have a cause. I can see their juices starting to run. They are gathering in small groups, chopping the air with their hands. They’re sputtering and gathering their knapsacks to their breasts. They’re threatening to call NY1.

“Are we going to miss the beginning?” my younger son asks. It’s the first thing he’s said in an hour.

By the time we get in to the theater the only seats left are in the front row, an exceedingly wide row that gives the movie a soft, misty look that I suspect it doesn’t actually have. Tinkly music is already playing. The characters are elongated and slanty. As one friend said later, it gives a whole new meaning to “Diagon Alley,” the underground shopping street for wizards.

When 4 Privet Drive appears, looking exactly the way I thought it would, I start to smile and cry and shake. In another life, a happy bedtime life, I have lived at 4 Privet Drive with my boys and all the other families here, and families around the world. I know exactly where to find the closet under the staircase where the nasty, convention-bound Dursley family banishes Harry. At bedtime I used to read a little and then sing a few songs, but ever since Harry Potter the boys have negotiated nightly, “One more chapter and no songs!!”

And now we are finally here. We leave our world for two hours. It’s glorious.

The credits roll and we file slowly out, wait a very long time to reclaim our belongings, and snake our way back down to our hot, shaky city. I’m propping up my son’s friend with my arm around his skinny torso under his massive knapsack. He graciously holds the vomit inside until we get to the curb.