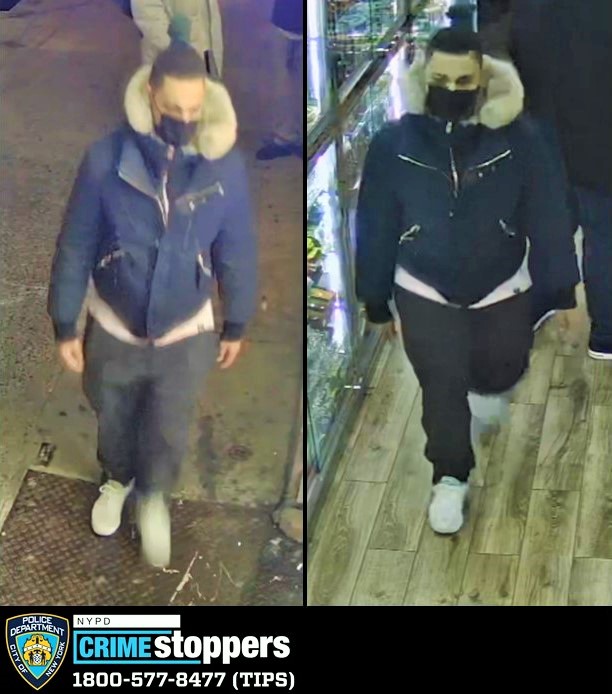 A mugger with an erect “man bun” tried to manhandle a senior and steal his bag in Chelsea, according to police.

Cops said that on Thurs., Jan. 13, around 9:10 p.m., three young males were walking in front of 224 Eighth Ave., between 21st and 22nd Streets. One of them — the guy with the distinctive do — snuck up on a 67-year-old man from behind and tried to grab his bag, causing the older man to fall to the ground.

The mugger furiously tried to wrestle the bag away, even dragging the victim along the sidewalk, but to no avail, as the older man refused to let go.

Two good Samaritans, though, were able to help intervene, and the would-be robber fled emptyhanded southbound on Eighth Avenue.

The victim suffered minor injuries to his arm and lower back.

Police released photos and video of the alleged suspect. The man’s two companions are also shown in the video.