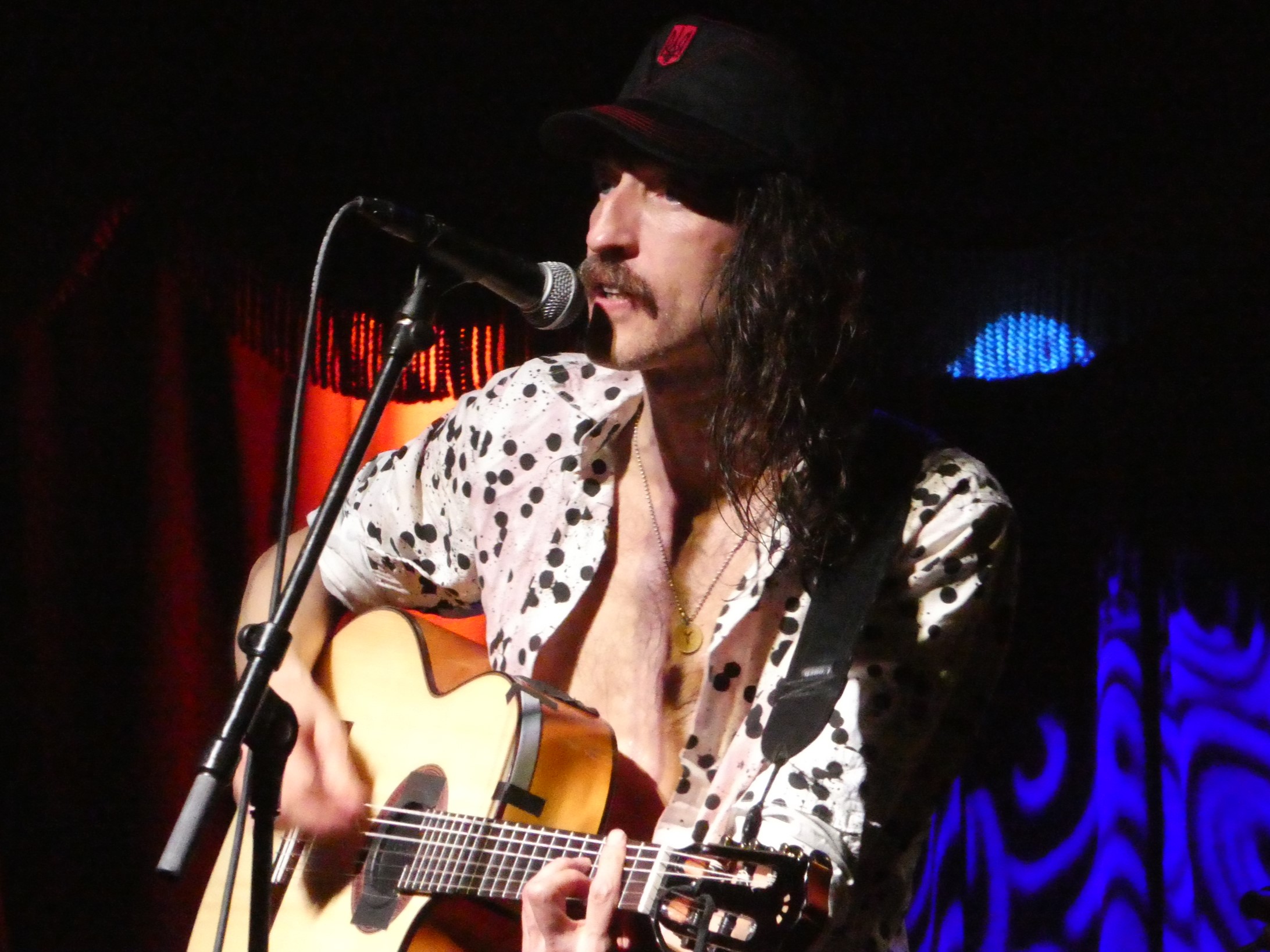 BY EVERYNIGHT CHARLEY CRESPO | Eugene Hütz is consumed by the clash of powers in the Russian invasion of Ukraine. Originally from Boyarka in central Ukraine, he now uses his platform as leader of the popular rock band Gogol Bordello to draw support for his homeland.

The band’s three-night engagement at the Brooklyn Bowl leading to New Year’s Eve was more than a homecoming concert; it was a rallying cry for Ukrainian independence and a call for compassion for and solidarity with the Ukrainian resistance.

Hütz is equally committed to using his music to entertain and lead a rock and roll party anytime he can. At Brooklyn Bowl on New Year’s Eve, he made cameo appearances singing with the two support bands, Puzzled Panther and Murphy’s Law. Gogol Bordello then continued the party by playing a two-and-a-half-hour set.

Gogol Bordello’s performance was high energy from start to finish. The musicians were greatly animated, with Erazo frequently running across the stage for no particular reason, Tobias often dancing energetically even when not contributing to the actual music, and Ryabtsey and Pelekh crisscrossing each other while playing leads.

Halfway through the concert, Hütz removed his shirt and remained bare-chested, sometimes pouring red wine into his mouth, onto his chest and into the audience. By the end of the show, Tobias dropped her marching band drum into the audience, with people holding it aloft as Hütz and Tobias tried standing and balancing on it.

Inspired by hard-hitting rock and Romani music, including many violin leads, the songs were just as engaging as the performance. Multicultural rhythms ranging from polka and ska informed the bouncing sounds. The music remained effervescent and electrifying, as the audience continuously fist-pumped and jostled along.

Way past the midnight countdown, Hütz started the encore by coming onstage alone with an acoustic guitar to sing Agnostic Front’s “Victim of Pain.” He changed the lyrics at the end to “Why am I going insane? Why am I the one to blame? It’s cause I was born…in Ukraine.”

The audience left the bowling emporium having engaged in a thoroughly satisfying New Year’s Eve party and a mission of Ukrainian solidarity for 2023.