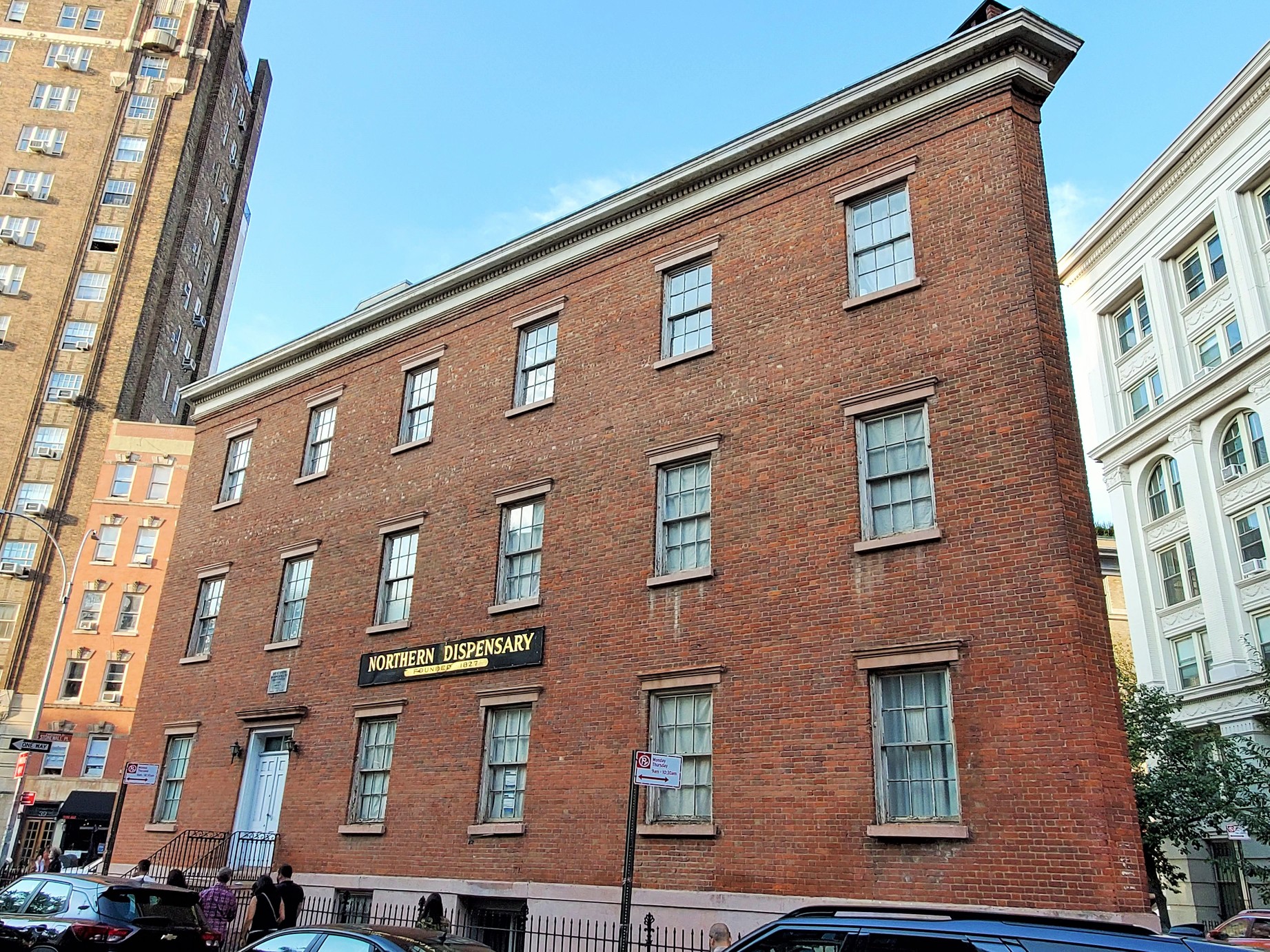 The Northern Dispensary carries a deed restriction for medical use. (Photo by The Village Sun)

God’s Love We Deliver to use Northern Dispensary for offices

BY THE VILLAGE SUN | After more than three decades sitting vacant, a former medical clinic where Edgar Allan Poe was once treated will be getting a tenant — God’s Love We Deliver.

The Soho-based nonprofit, which provides meals to individuals with AIDS and other health conditions, expanded during the pandemic and now needs additional office space, according to The New York Times, which first reported the story.

The Northern Dispensary was built in 1831 on a triangular lot at Waverly Place and Grove Street just east of Christopher Park. The quirky three-story building has been empty since 1989, its last use as a dental clinic.

The landmarked property sits within the Greenwich Village Historic District. Because it carries a longstanding deed restriction to provide healthcare to the needy, plus due to its unique location on a small “traffic island” of sorts, finding a new tenant was challenging.

In 1998 William Gottlieb, the eccentric Village real estate tycoon, purchased the building. Gottlieb, who drove a station wagon with no windows and dressed in the exact same outfit every day — a dark blue polo shirt and khaki pants — owned more than 100 properties in the Village, Meatpacking District, Lower East Side and Chelsea.

Gottlieb was known for not doing any improvements on his buildings, leaving some empty for years and never selling. James Ortenzio, a former chairperson of the Manhattan Republican Party and a major meat business operator in the Meatpacking District, liked to say that, for those reasons, Gottlieb was the Village’s “best preservationist.”

William Gottlieb Real Estate is now run by Gottlieb’s nephew, Neil Bender and his wife, Marika. They plan to charge God’s Love just $5,800 a month rent, well below market rate. The Times reported that the Benders connected with God’s Love through a fundraiser and determined that the property was a good fit to help meet the organization’s space needs.

The nonprofit, which has signed a four-year lease, will relocate some of its offices to the Waverly Place building from its flagship site at Spring Street and Sixth Avenue. Plans include making the Northern Dispensary handicap accessible. It’s expected God’s Love will move into the building next year.