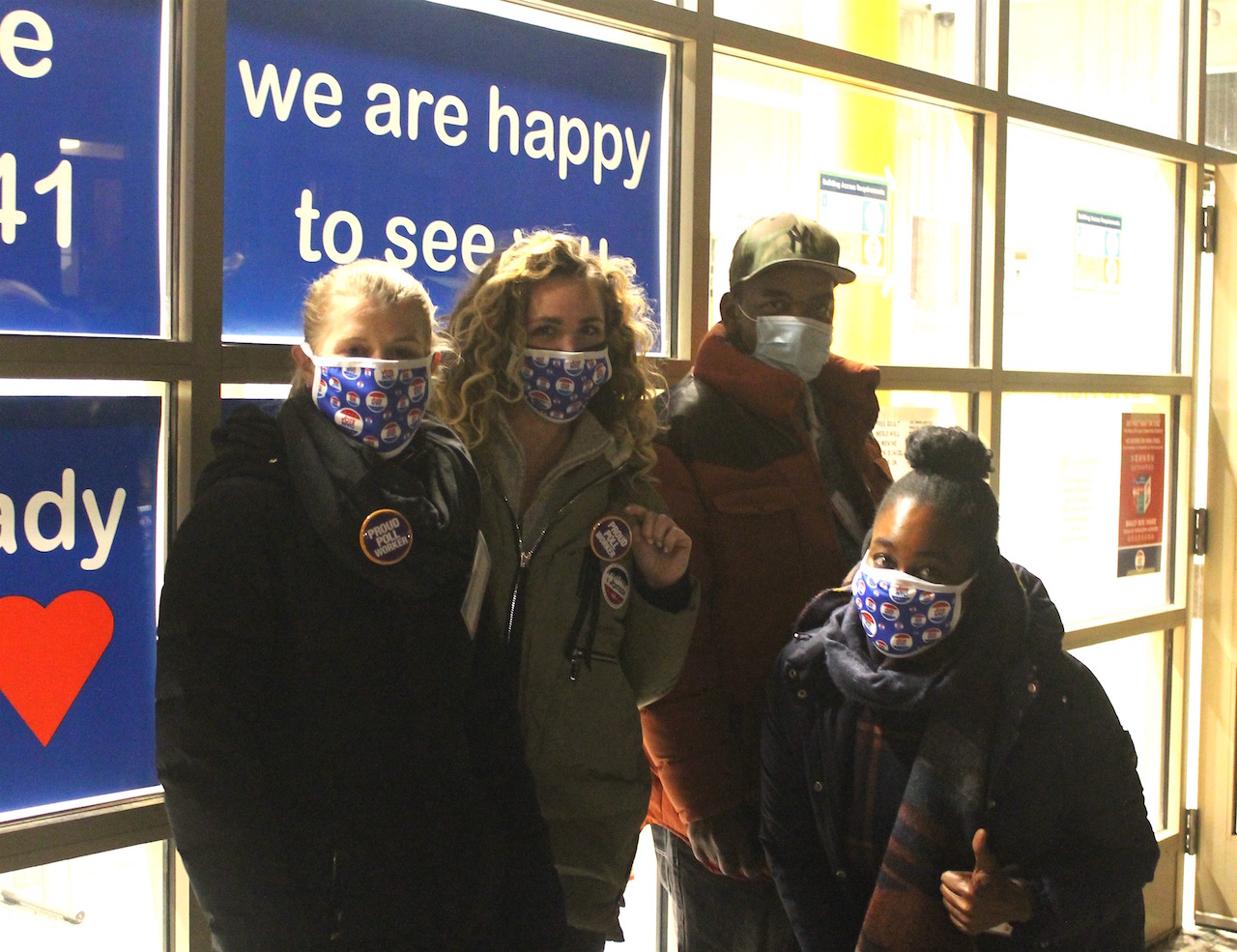 Poll workers at P.S. 41, the Greenwich Village School, on election night. (Photo by The Village Sun)

BY THE VILLAGE SUN | While the presidential election remains a nail-bitter, with it appearing Joe Biden may squeak out a victory versus Donald Trump, local political races in Downtown Manhattan were no contest.

Assemblymember Deborah Glick easily fended off a challenge by Republican Tamara Lashchyk, winning with 80 percent versus of the vote versus 16 percent for Lashchyk.

Also in the Assembly, longtime Chelsea/Hell’s Kitchen pol Richard Gottfried, Yuh-Line Niou and Harvey Epstein faced no challengers in the general election and were all reelected. However, from 14 to 17 percent of voters in these races left the oval blank, which is about how many votes a Republican candidate usually would get.

In the State Senate, incumbent Brian Kavanagh defeated Republican Lester Chang by 70 percent to 20 percent. Brad Hoylman was reelected to the Senate without opposition, again with 14 percent of voters leaving the oval on their ballot blank. (However, Hoylman is also currently running for Manhattan borough president in the 2021 election.) State Senator Liz Krueger won another term, taking 72 percent of the vote to 25 percent by Michael Zumbluskas, who ran on the Republican and Independence Party lines.

Congressmembers Nydia Velazquez, Carolyn Maloney and Jerrold Nadler all romped over Republican and Libertarian challengers, winning with 87, 79 and 69 percent of the vote, respectively.

A former Downtown politico, Jenifer Rajkumar, won election to office in Queens with 70 percent of the vote in the 38th Assembly District (Woodhaven, Glendale).

In 2013, Rajkumar ran against Margaret Chin in Lower Manhattan’s City Council District 1. Tapping into local discontent with the incumbent in the northern part of her district, she won an impressive 41 percent of the vote, but Chin prevailed.

Rajkumar did win election to district leader, the lowest elected party position. But her hopes of running for the empty seat of former Assembly Speaker Sheldon Silver in a special election in 2016 were dashed when Paul Newell beat her out for the endorsement of her then-home political club, the Downtown Independent Democrats. Yuh-Line Niou went on to win that election.