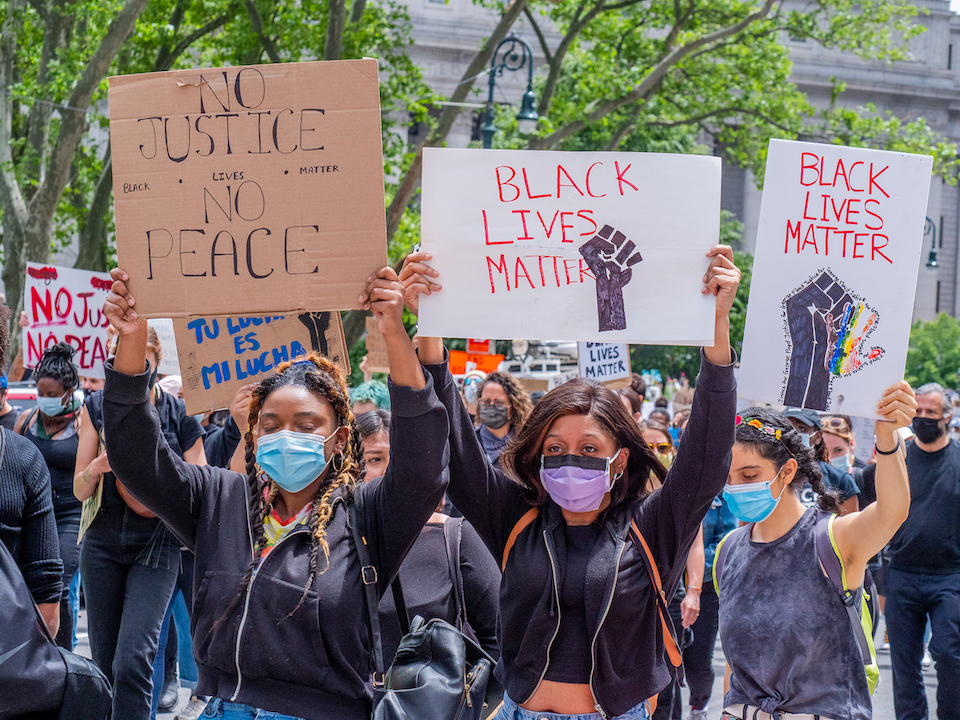 The fifth day of protests over the killing of George Floyd while in handcuffs by a white policeman in Minneapolis saw thousands of people gather in Foley Square in Lower Manhattan on Tuesday.

Some of them then marched up Lafayette St. to Canal St., then up Broadway into Soho and on to Washington Square Park.

Meanwhile, the city’s new curfew was pushed up to 8 p.m. on Tuesday, from 11 p.m. the night before.

In addition, as part of the earlier curfew, to help curb out-of-control looting, car traffic is now being limited overnight in Manhattan south of 96th St. Only essential workers, residents and yellow and green taxis are allowed to drive in the restricted zone. For-hire vehicles, like Uber and Via, are also barred from the area during the curfew because they were being used by looters.

Despite the curfew, a contingent of protesters stayed out and tried to cross the Manhattan Bridge from Brooklyn onto Canal St. They wound up stuck on the span in a tense standoff as the police refused to allow them into Manhattan. Eventually, the demonstrators gave up and headed back to Kings County.