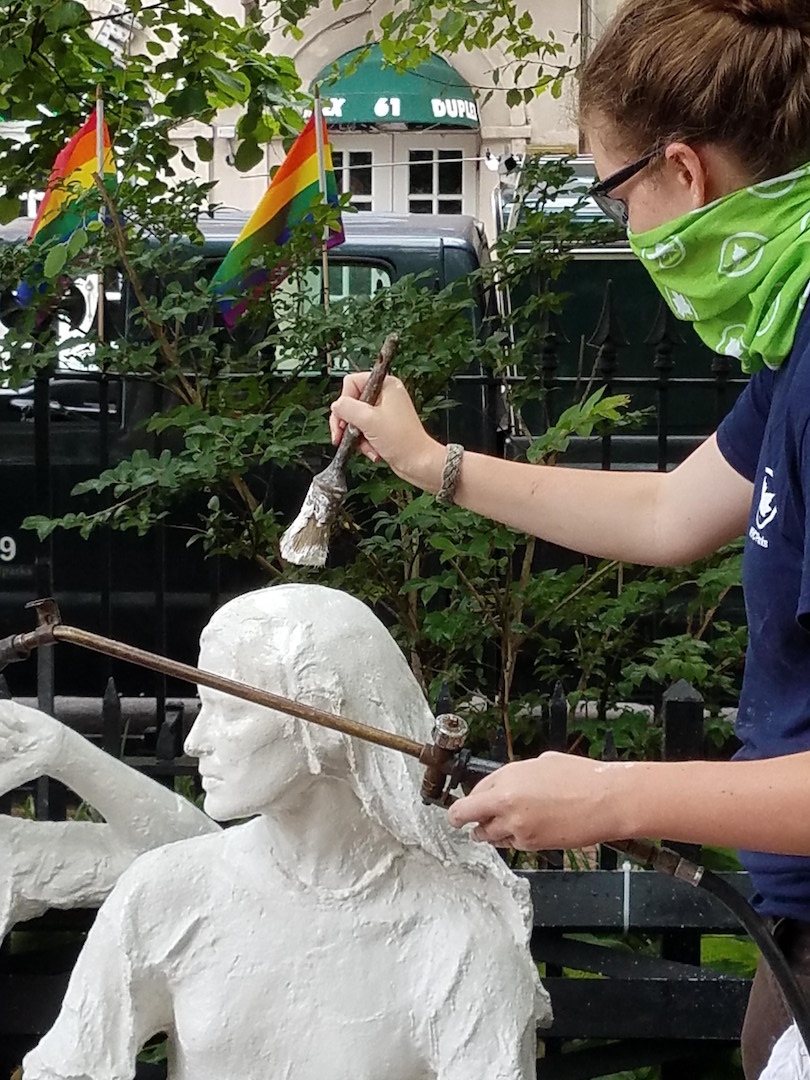 ‘Gay Liberation’ statues get a monumental sprucing up

In celebration of Pride Month, the New York City Parks Department gave some loving care to the “Gay Liberation” sculpture in Christopher Park in the Village.

The commissioned monument, created by sculptor George Segal, was installed in the park in 1992. It stands (and also sits) across from the Stonewall Inn, site of the famed 1969 uprising.

The statues’ touch-up on the morning of Thurs., June 18, was done by the department’s Citywide Monuments Conservation Program.

Since we are still in the coronavirus pandemic, conservator John Saunders and monuments technicians Rebecca Rosen and Theo Boggs first sanitized the area. They then pressure-washed the statues. Finally, they recoated the public art pieces with a pigmented lacquer protective finish by heating the bronze with torches.

The Parks Department’s Citywide Monuments Conservation Program crew provides regular care and maintenance for the hundreds of monuments in the department’s permanent collection.

In addition, in honor of the 50th anniversary of the New York City Pride March, the Parks Department recently unveiled new signage in four parks along various routes the parade has taken over the past half century, including Washington Square, Union Square and Madison Square parks and Central Park.