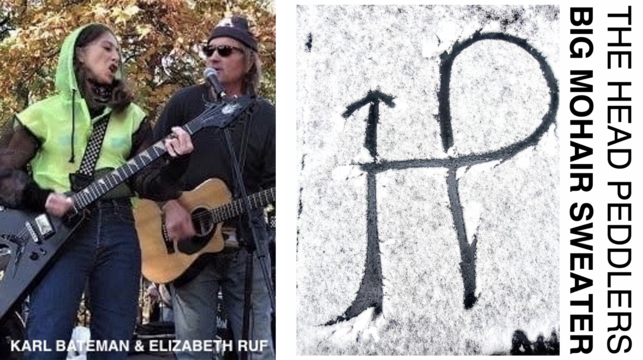 The Head Peddlers (Karl Bateman and Elizabeth Ruf) started out four years ago playing punk rock on acoustic guitars in community gardens and bars in the East Village, with a name inspired by Queequeg from the novel “Moby Dick.”

Their eclectic repertoire of original songs grew rapidly. Every instrument on their new 13-song punk rock album, “Big Mohair Sweater,” was played and all vocals were performed by the Head Peddlers.

Since Ruf and Bateman play all the instruments on the album, they’ll be getting a bit of help from a crew of fellow rockers at the release party.