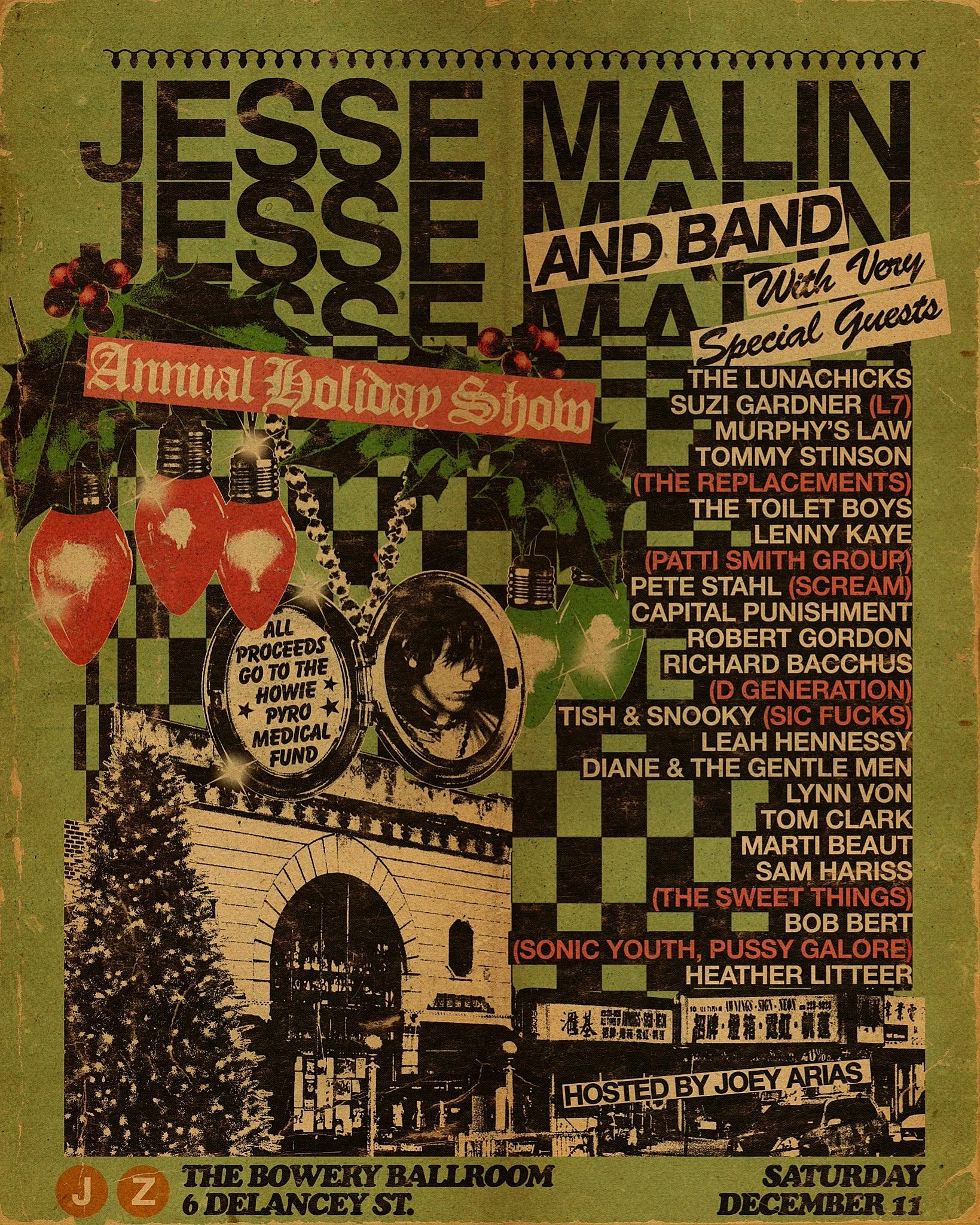 BY EVERYNIGHT CHARLEY CRESPO | Jesse Malin, the unofficial mayor of the Lower East Side music scene, annually curates an all-star, year-end concert in New York City followed by a similar new year event in Los Angeles. The shows feature a full concert by him and his band, plus performances by many of his illustrious musical friends. All proceeds go to charity.

This time around, Malin has directed the proceeds from the shows to a medical support fund for Howie Pyro, Malin’s bandmate in the 1990s glam-punk band D Generation. Pyro is currently in California, recovering from a liver transplant. Contributions to the benefit fund can be donated at gofundme.com/f/help-for-howie-pyro.

At New York’s Bowery Ballroom on Dec. 11, the concert was in three segments. A series of emerging local circuit musicians performed starting at 8 p.m. Following a DJ set by Jonathan Toubin, Malin and his band performed for a little more than an hour. The concert concluded with performances by additional music acts, ending at 1:30 a.m.