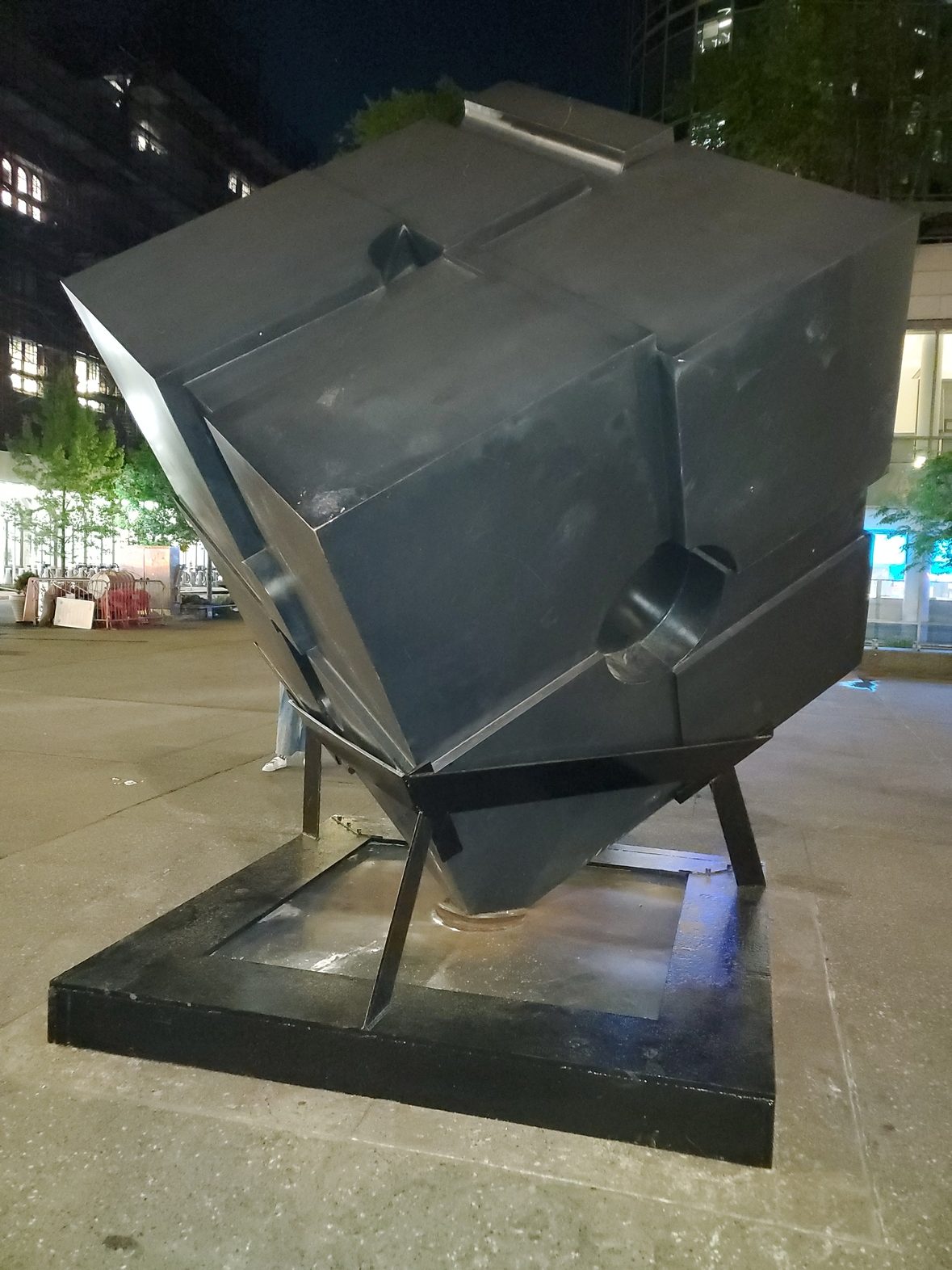 Ar the spinning days for "The Cube" at Astor Place over? (Photo by The Village Sun)

The city Department of Transportation has ingeniously solved the problem of the wonky spinning mechanism of “The Alamo,” the real name of Tony Rosenthal’s 1960s-era sculpture at Astor Plaza: It no longer spins. Period. Problem solved — though, on the other hand, no more spinning fun.

Only about six years ago, the iconic sculpture went into the shop for repairs to the tune of $180,000. However, as The Village Sun first reported a couple of months ago, it was recently discovered that there were problems with the spinning of the structure, which apparently could have caused it further damage if not addressed.

Instead of fixing the pivot right now, though, the city agency just decided to, well…lock the public artwork into place by adding metal braces around its base. As a result, the swinging ’60s sculpture is now immovable.

According to a source close to the project, D.O.T. just didn’t want to spend any more money trying to fix the sculpture’s spin glitch.

The sculpture was most recently restored from 2014 to 2016, when it was removed from the street to clean it of grime, graffiti and food stains.

However, there is apparently still hope that art lovers, random passersby and inebriated bar crawlers alike will once again get to spin the chunky landmark. According to Vincent Barone, a D.O.T. spokesperson, the saga of “The Cube” actually is not over yet and there is still more work to do.

“There will be a second repair phase with timeline TBD,” he said.

Barone, though, did not provide more details in terms of what exactly ails the artwork or what phase two will entail — only further adding to the mystery enshrouding the monolithic monument.

The piece was first installed at the prominent East Village location back in 1967. It sat on its own traffic island until a few years ago, when part of Astor Place was demapped to turn the area into an expanded pedestrian plaza.

It’s reportedly the only piece of public artwork owned by D.O.T.