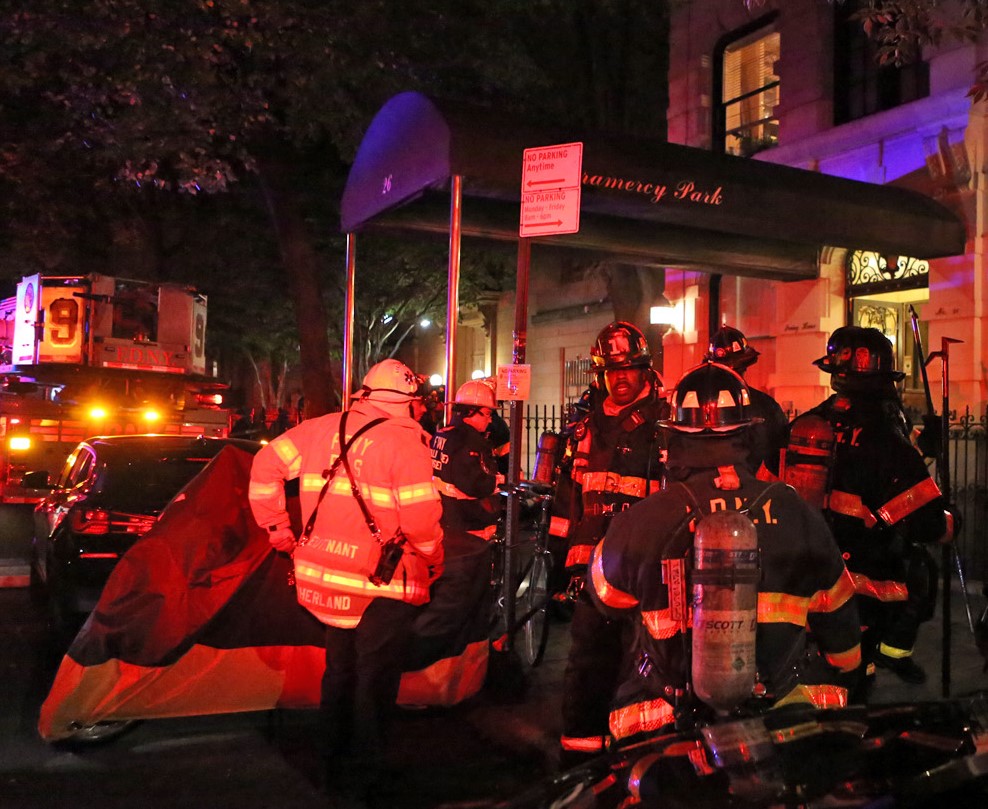 Smoke eaters responded to a fire on Gramercy Park South on Nov. 5. (Photo by © Jefferson Siegel)

BY JEFFERSON SIEGEL | Early Friday evening the Gramercy neighborhood was brought to a standstill as fire trucks converged on the south side of Gramercy Park.

A fire on the third floor of 26 Gramercy Park South, between Irving Place and Third Avenue, was fortunately confined to a single third-floor apartment.

“Luckily, the occupant made it out safely,” Deputy Chief Michael Barvels told The Village Sun. He added that “there was some operational damage, venting and some water damage.

“The cause is still under investigation,” he said of the blaze. “Most people should be able to move back in, no problem.”

The 10-story co-op building, completed in 1903, has 78 apartments and is next door to the Brotherhood Synagogue.

Friday night proved to be a busy time for New York’s Bravest. A late-afternoon fire in a trash compactor in a Bronx public housing project killed a 6-year-old boy and critically injured his 32-year-old-father. And just after 8 p.m. an inmate in a Rikers Island infirmary building started a blaze that left three other inmates injured.

As of Friday night, 80 percent of city firefighters had received at least one dose of the COVID vaccine.