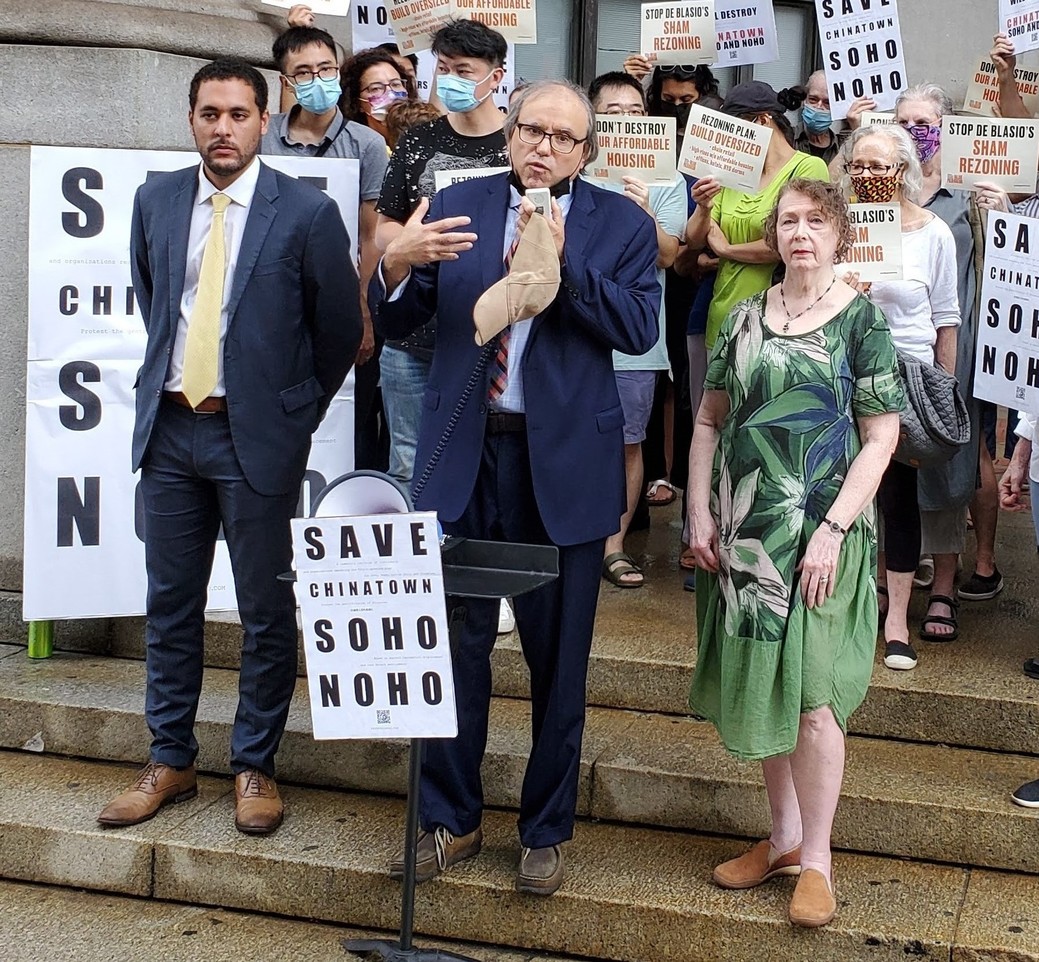 Alan Gerson, center, speaking at a rally against the Soho/Noho rezoning in August 2021. At right is former Councilmember Kathryn Freed, who represented District 1 before Gerson. At left is Christopher Marte, the current District 1 councilmember. (Photo by The Village Sun)

Gerson, a lifetime Greenwich Village resident, was the District 1 councilmember from 2002 through 2008. His mother, Sophie, was an influential member of the area’s school board.

“Dan has been a leader in the fight to save our democracy as a prosecuting attorney in the first Trump impeachment trial,” Gerson said. “Dan has also demonstrated a commitment to bold action to fight climate change, and effective action to improve living conditions and opportunities for vulnerable members of our community, especially children. He knows how to get it done.”

After the 9/11 attack, Gerson was chaiperson of the City Council’s Lower Manhattan Revitalization Committee. Before being elected, he served as chaiperson of Community Board 2.

More recently, Gerson was an outspoken opponent of the Soho/Noho upzoning, as was Kathryn Freed, who represented District 1 before him. However, Margaret Chin, who held the Council seat through 2021, played a pivotal role in supporting the contentious rezoning, most of which was in her district.