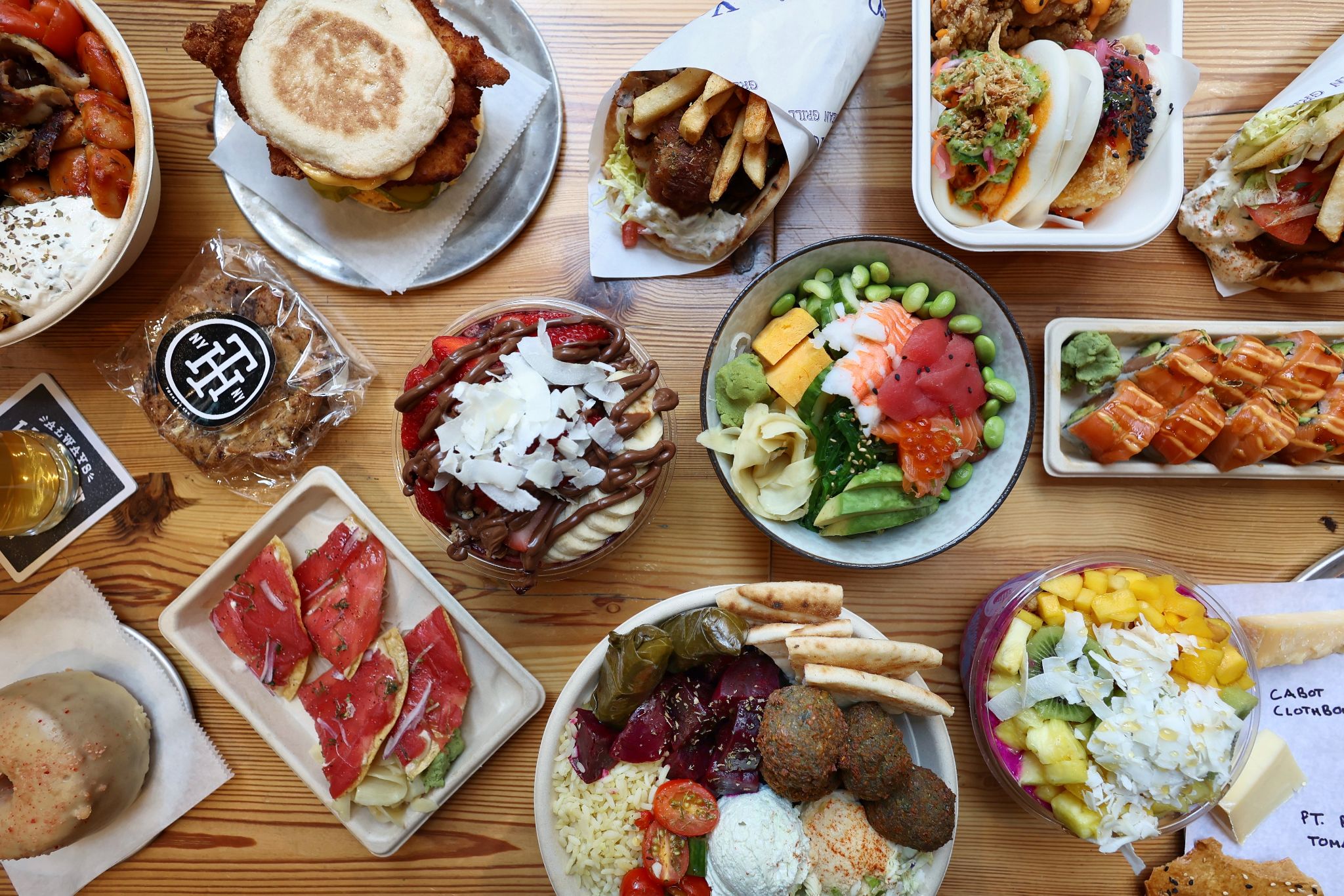 There are lots of tasty food options at Urbanspace Union Square.

BY THE VILLAGE SUN | For some, the words “Tech Hub” evoke the bitter aftertaste of a contentious rezoning struggle that failed and of a promise reneged upon.

Now that the aforesaid towering hub, officially known as Zero Irving, has been built, a new food court in the place is offering up an array of tempting cuisine and beer on tap.

Urbanspace is also the group behind the annual Union Square Holiday Market, which just wound down after the close of the Christmas season.

“Providing a launch platform for concepts to incubate and watching them grow is the most rewarding part of our business,” said Eldon Scott, president of Urbanspace. “After operating in Union Square Park with our Holiday Market for 29 years, we’re honored to add to the fabric of the vibrant Union Square community. We anticipate serving a diverse mix of students, office workers and local residents.”

“The Union Square-14th Street neighborhood has been eagerly awaiting the opening of Urbanspace Union Square at the new Zero Irving tech center and we are thrilled the day has arrived,” said Ed Janoff, acting executive director of the Union Square Partnership. “If there’s one thing Union Square is known for, it’s great food options, and with more than a dozen exciting new purveyors under one roof — including six first-time operators and start-ups — this is sure to be the hottest new destination for local workers, residents and visitors to grab a bite.

“Urbanspace Union Square joins a long list of over 100 ground-floor businesses that have decided to open in Union Square-14th Street in the last two years, furthering the district’s role as an ever-burgeoning hub for creativity, tech, culture, jobs and more, while also serving as a terrific indicator that the area continues to rebound, with even more exponential growth on the horizon.”

“We are excited to see Urbanspace Union Square opening at Zero Irving. This vibrant food hall experience will help deliver on our vision for a modern, mixed-use building that connects with its local environment,” said Josh Wein, managing director at RAL. “We believe Urbanspace Union Square becomes a true destination for the neighborhood at large and an incredible amenity for Zero Irving’s office tenants.”