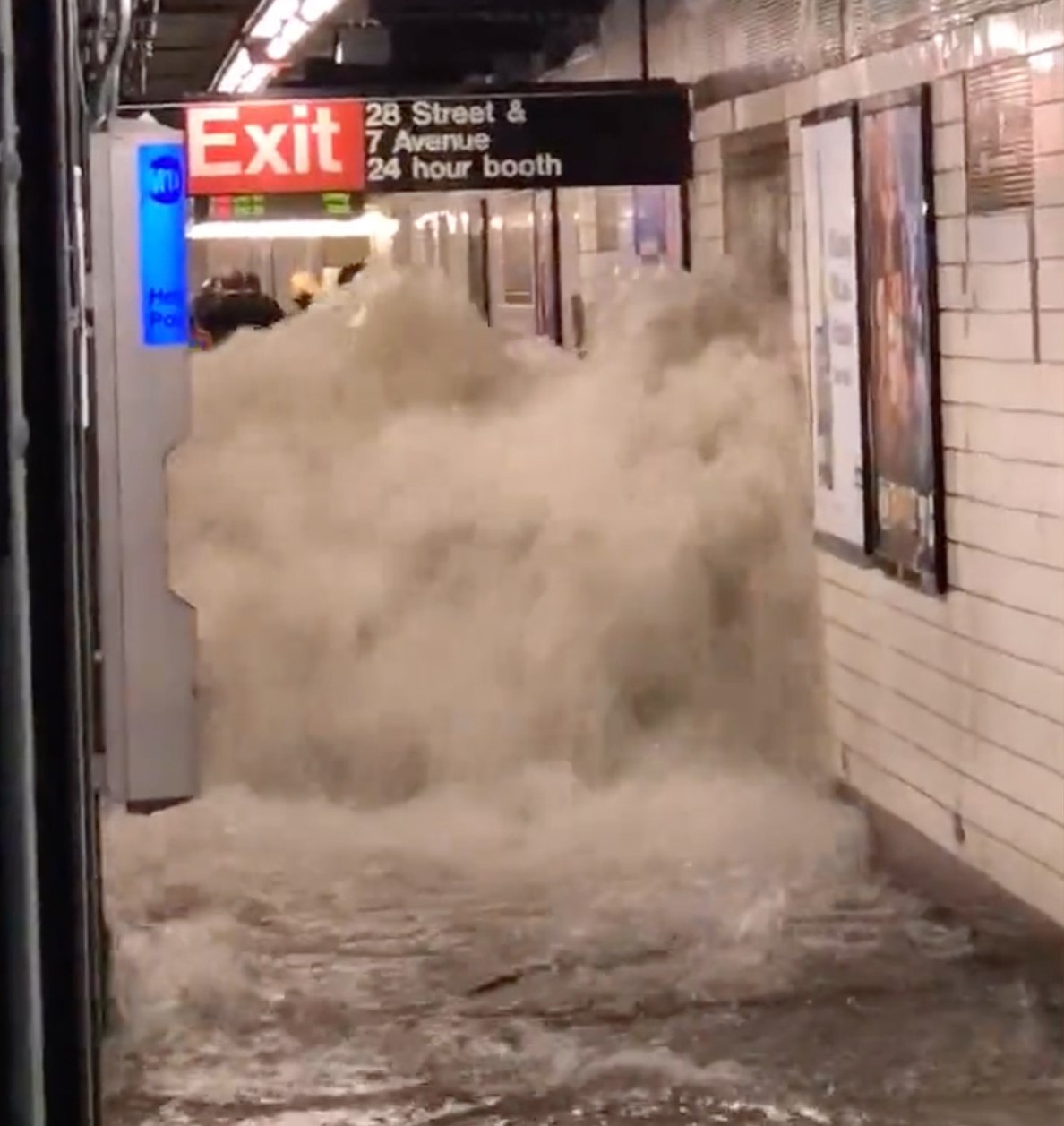 Rainwater poured into the subway at 28th Street and Seventh Avenue in Chelsea on Sept. 1 during a flash flood. (Twitter)

BY THE VILLAGE SUN | Because of a flash-flood watch for New York City, Council Speaker Corey Johnson is asking people to take a rain check for his community-resource fair that was scheduled for the High Line at 14th Street starting at 6 p.m. Thursday evening.

“I regret to write that due to a Flash Flood Watch beginning this afternoon at 4 p.m. through 8 a.m. on Friday, September 24, we have decided to postpone our Community Resource Fair,” Johnson wrote in an e-mail blast to his West Side constituents. “We appreciate everyone who sent us their RSVP, and we look forward to seeing all of you at a rescheduled date for our resource fair soon.”

Per Johnson’s e-mail, the National Weather Service has issued a flash-flood watch for New York City. This status is reported for the Big Apple when there is a forecast of 1 inch of rain per hour for a full hour. A flash-flood warning does not mean that flooding is imminent, but that it’s possible.

Maximum rainfall rates are forecast to potentially reach 1 inch per hour. The greatest chance of heavy rain and thunderstorms is from 6 p.m. Thursday through 2 a.m. Friday. There is also a potential for 60 mph wind gusts during periods of heavy rainfall and severe thunderstorms. A total of 1.5 inches to 2 inches of rain is expected with locally higher amounts possible.

Following the disastrous Sept. 1 flash flood from Hurricane Ida, the city is warning people who live in basement apartments to “be prepared to move to a higher floor during heavy rain.”

At least 13 New York City residents died during the flooding earlier this month, 11 of them in basement or cellar apartments. According to the Department of Buildings, most of these apartments were not legal for residential use. Illegal basement and cellar apartments are often used by immigrants seeking affordable housing.

Correction: The headline of the original version of this article stated that a flash-flood warning had been issued for New York City. Currently, the status is a flash-food watch, meaning a flood is not imminent — but that it is possible.