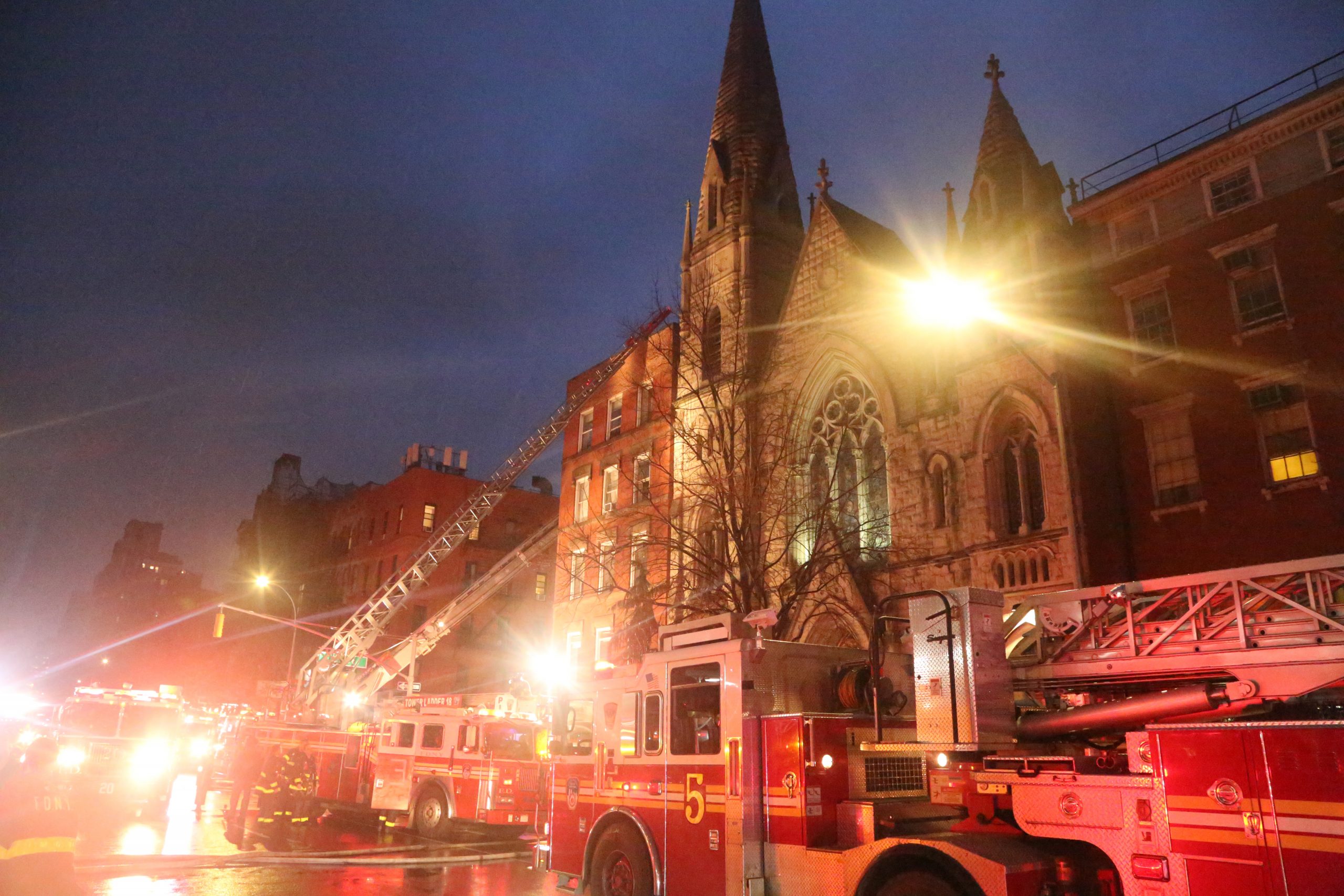 According to news reports, five people were injured — though not seriously — in the fire, which broke out on a lower floor around 4 p.m.

One hundred forty firefighters responded to the scene and were able to bring the conflagration under control in about two hours. Traffic was blocked off as the smoke eaters battled the blaze.

Cafe Mocha is located on the building’s ground-floor. 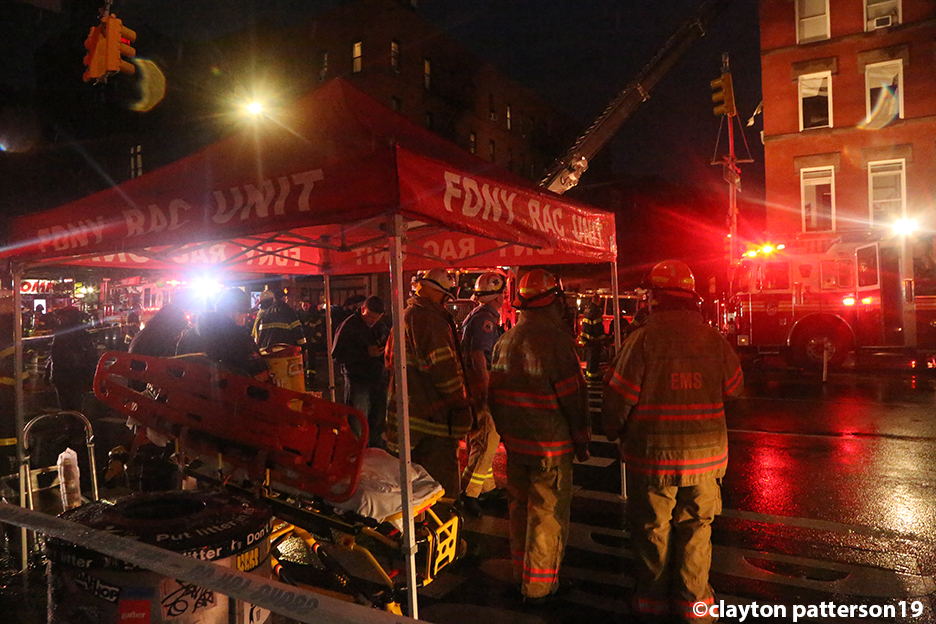 According to the New York Post, the cafe’s owner said he first smelled the fire, which may have spread the building’s ductwork.

“I was in the restaurant and we smelled the fire coming from the bathroom,” Ghasan Ballan said. “We smelled it, I think, coming through the shaft.

“I feel bad for the residents, they have no home,” he added. 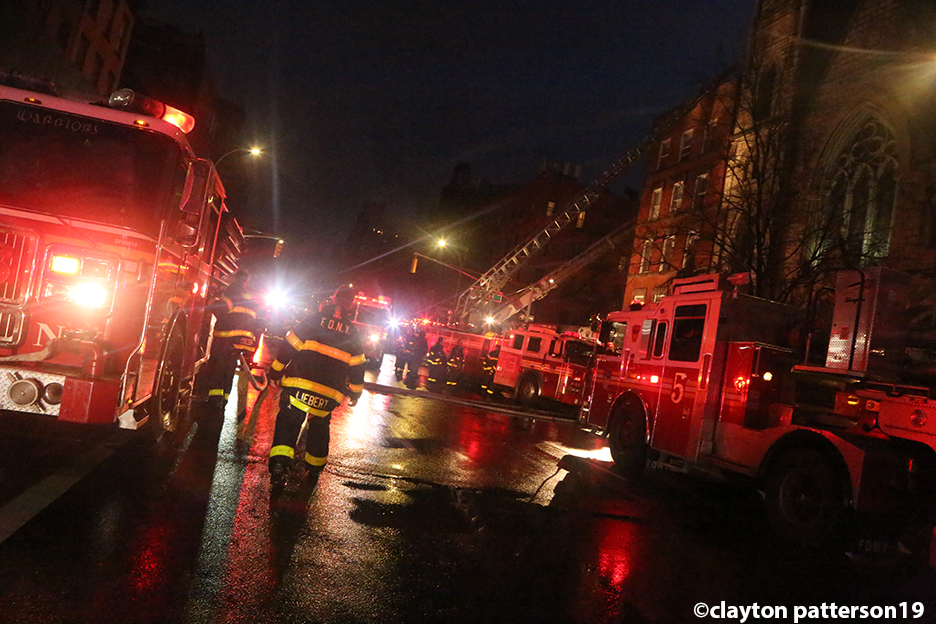 Middle Collegiate Church, built in 1891, is home to one of the oldest continuous Protestant congregations in America, having been founded in 1628 by the Dutch. There were no immediate reports that the church had suffered any significant damage from the fire next door.

“We are closed today to clean from the smoke only,” a Middle Collegiate spokesperson told The Village Sun on Tuesday, but did not immediately provide more information.

The scene of Monday’s fire is diagonally across the intersection from the site of the 2015 gas explosion, caused by an illegal gas-siphoning system, in which two young men died. The landlord, her contractor and an unlicensed plumber were all sentenced last month to four to 12 years in prison on second-degree manslaughter and other charges in connection with the fatal blast. 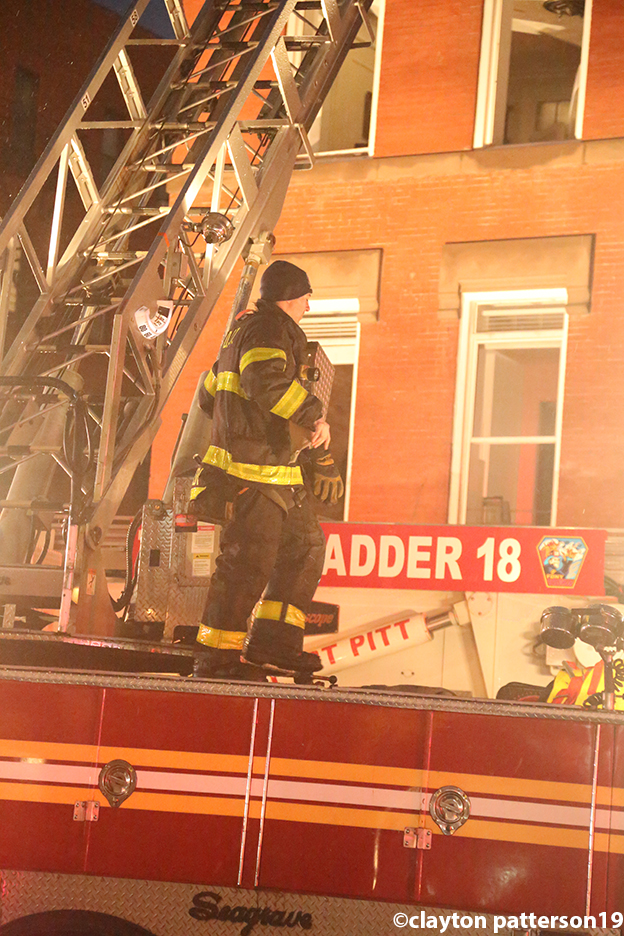 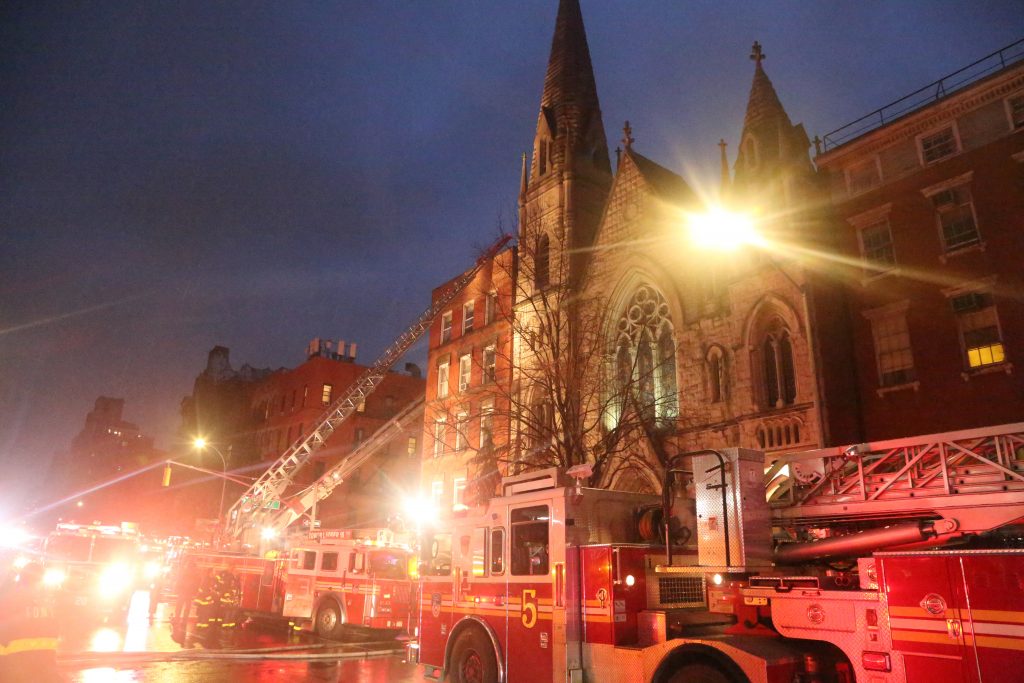 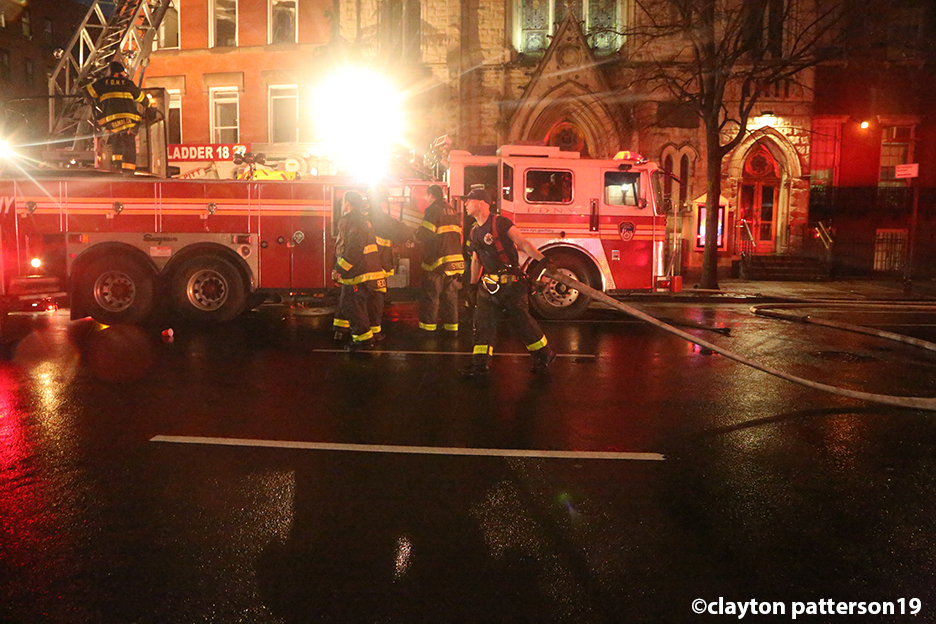 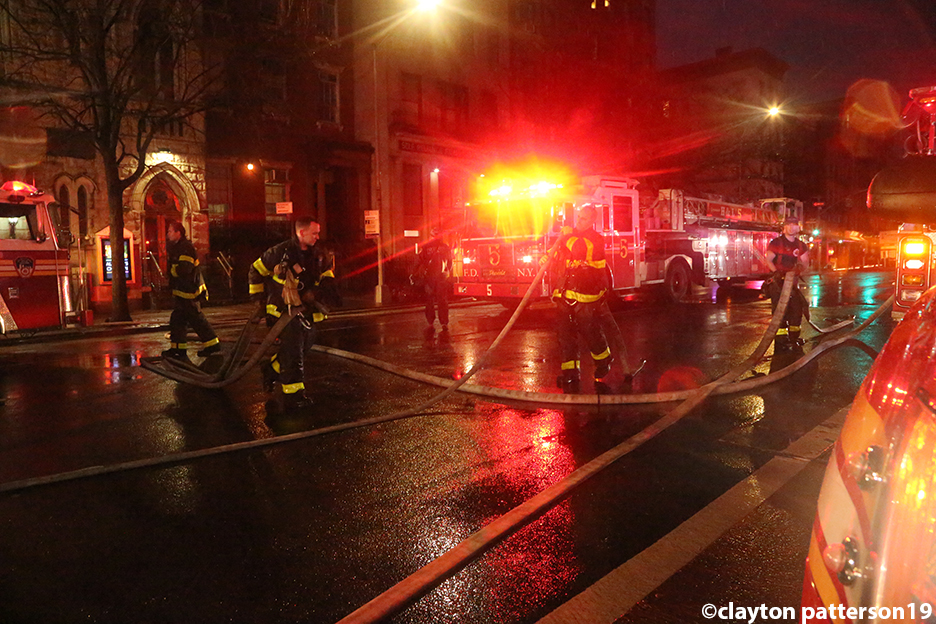 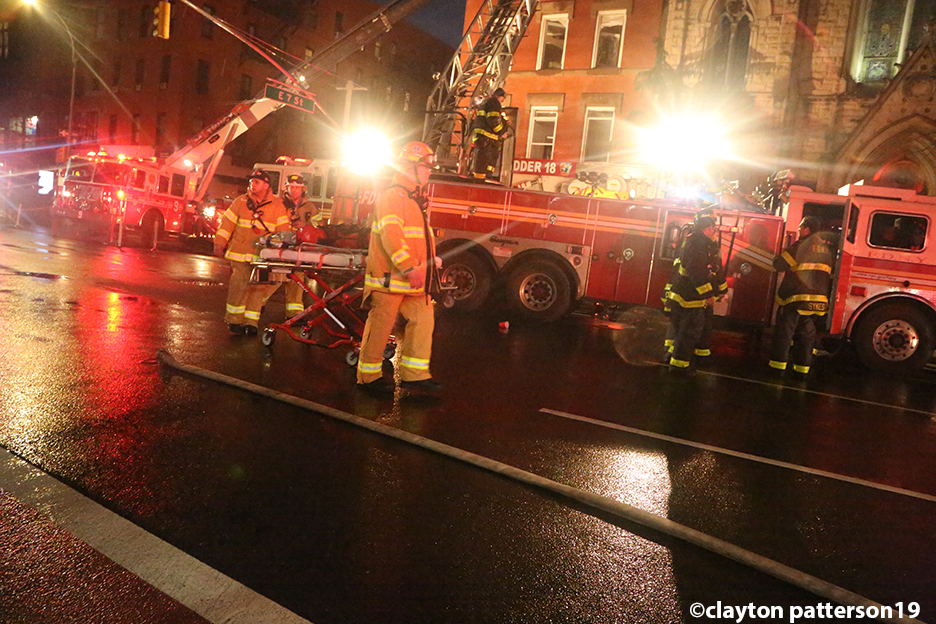 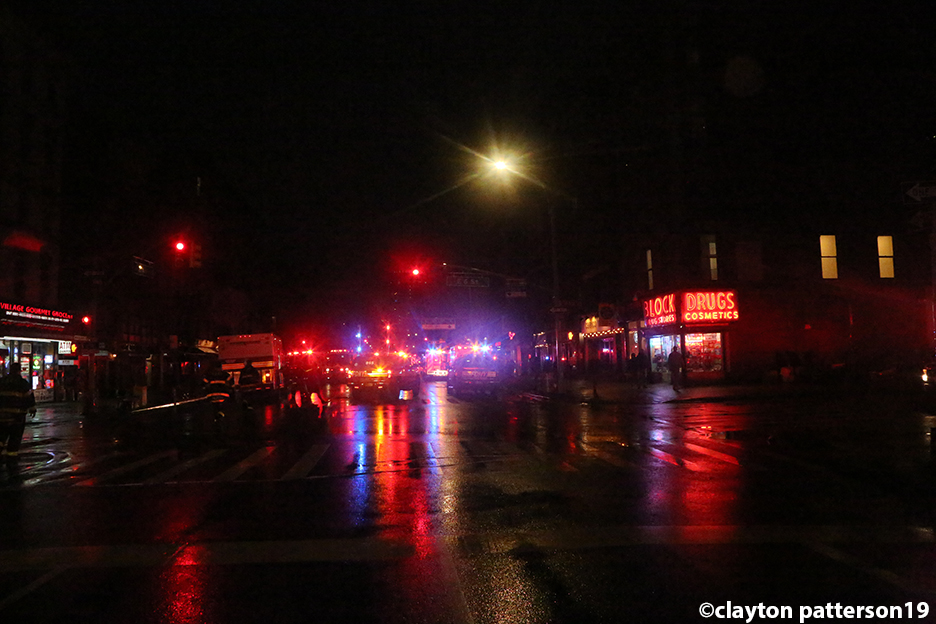 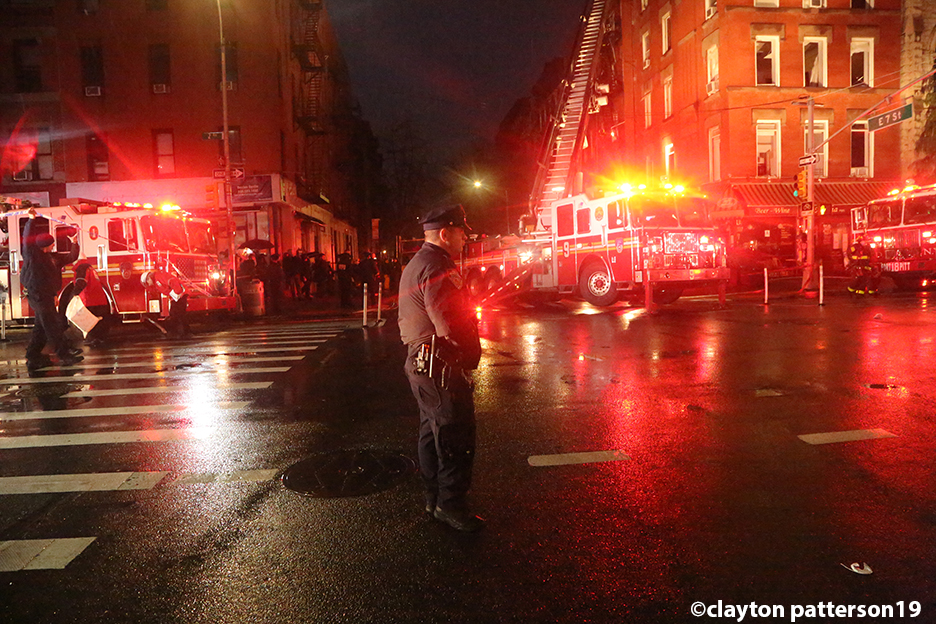 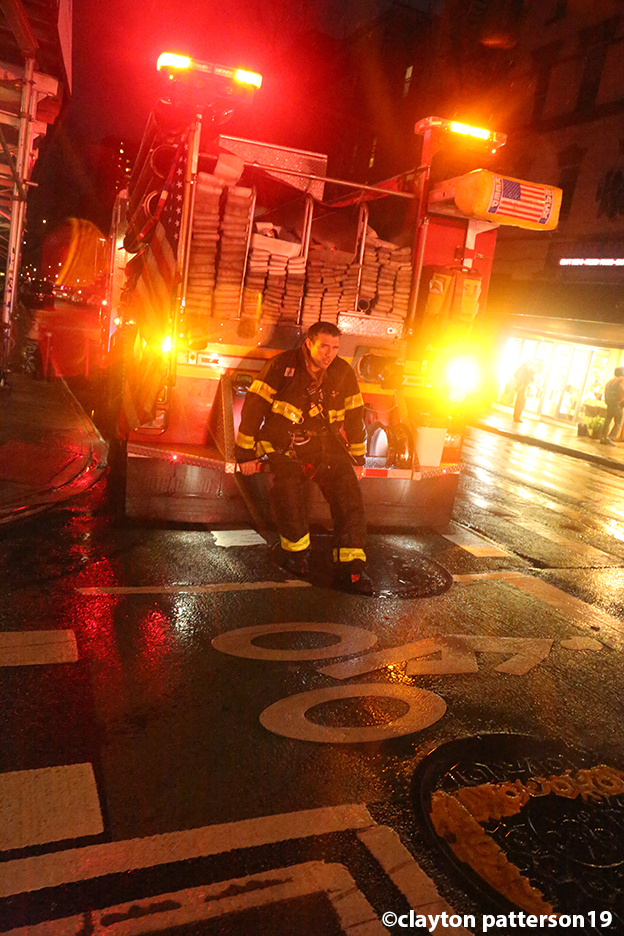