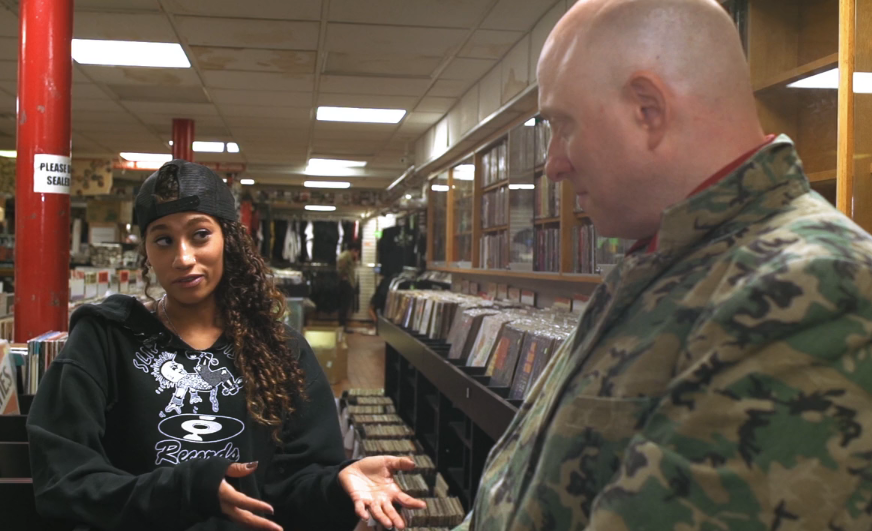 Ethan Minsker is a Manhattan-based writer, artist, filmmaker and a founder of the Antagonist movement. Punk music has always fueled his artistic passion.

His most recent film is the autobiographical “Man in Camo” (2019). Another of his films, “Self-Medicated” (2014), is about art and artists in the Antagonist movement and the challenges they face in staying happy. His most recently published book is a fictional memoir, “Barstool Prophets” (2011).

Filmed two years ago, the New York City pilot of the “Great Record Hunt,” below, is about the local independent record store scene. Minsker has since gone on to do “Great Record Hunt” documentaries in other cities and states.