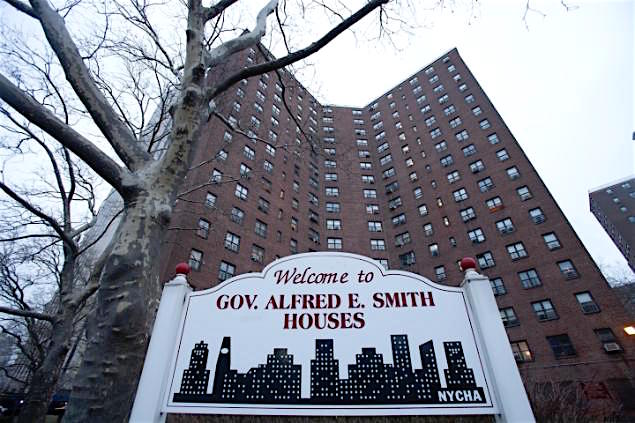 Updated April 13, 12:01 a.m.: A man was stabbed to death in the Alfred E. Smith Houses in the Two Bridges area on Saturday afternoon, and the victim and alleged killer are brothers who shared the same apartment, police said.

According to cops, around 3 p.m., officers responded to a report of a male assaulted inside Apt. 11 at 15 St. James Place. Inside the apartment, they found a man lying unconscious and unresponsive with one massive stab wound to his torso.

Cops identified the victim as Wilson Au, 61. They arrested his brother, Triquang Au, 50, without incident, charging him with murder and criminal possession of a weapon.

E.M.S. responded and transported the victim to New York Presbyterian Hospital where he was pronounced dead.

Police have not yet revealed a motive for the slaying. The investigation is ongoing.