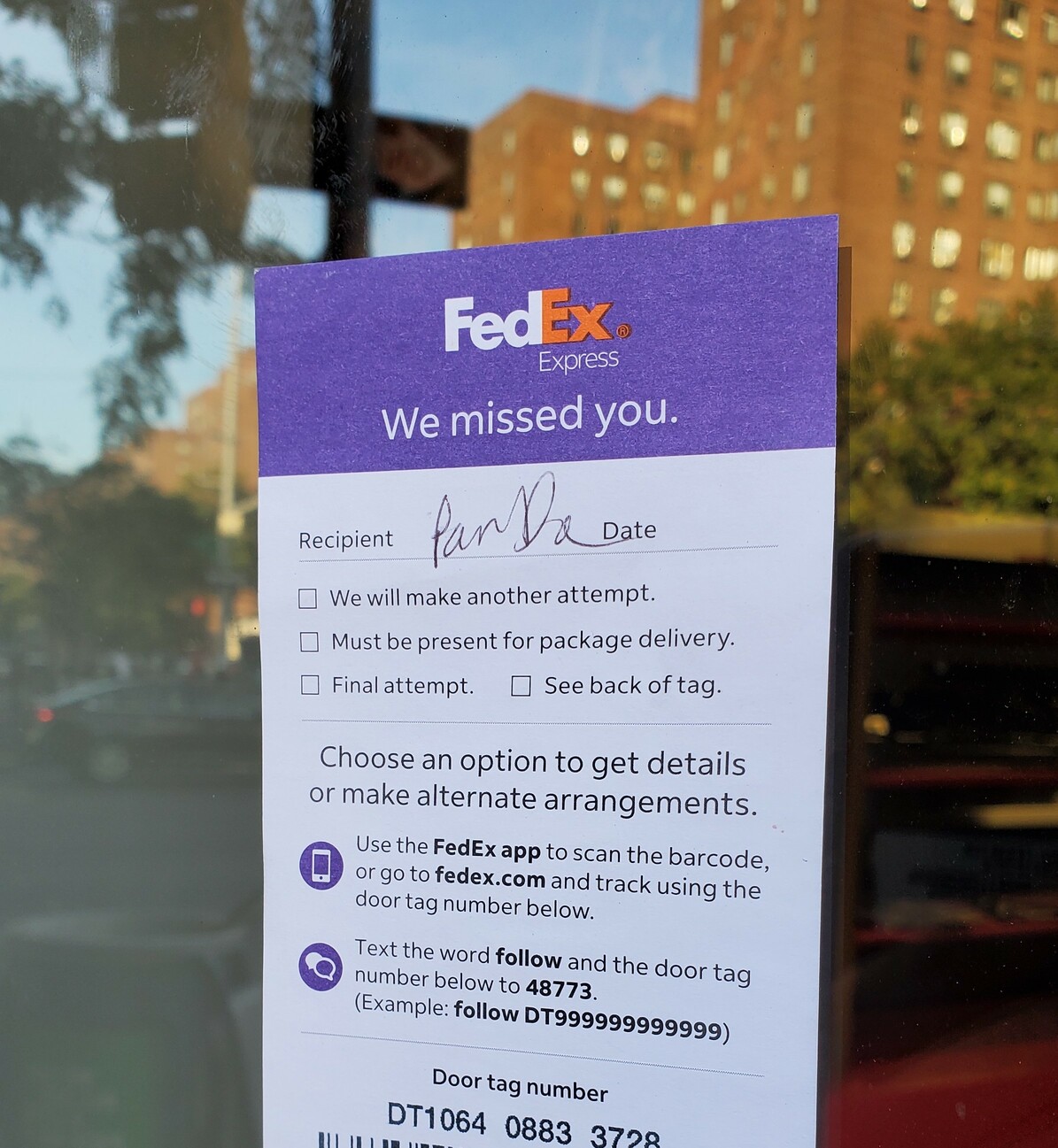 A FedEx worker was unable to deliver a package to the as-yet-unopened Panda Express. (Photo by The Village Sun)

Exclusive: Panda Express on E. 14th St. not opening till next year

BY LINCOLN ANDERSON | Is it Original Orange Chicken® yet? Nope, not quite yet. …

Panda Express fans are eagerly awaiting the opening of the national “American Chinese” fast-food chain’s first Downtown Manhattan location, at E. 14th Street and First Avenue. The space has been built out and looks all ready to go.

However, a Panda Express spokesperson told The Village Sun on Friday that the restaurant won’t open until sometime in the first quarter of next year, meaning between Jan. 1 and March 31.

“We’re working with the city on finalizing all the necessary permits and inspection on the new [store], which is scheduled to open by Q1 of 2023,” she said.

Although Panda Express, which was founded in 1983, has more than 2,400 locations worldwide, it’s not that well known in New York City — especially in Downtown Manhattan. The Big Apple, in fact, has nearly 24,000 restaurants, with around one-tenth of those, or 2,400, being Chinese restaurants.

In other words, there are as many Chinese restaurants in New York City alone as there are Panda Expresses across the whole country and spanning the entire planet.

Also, Panda Expresses are often located in malls — which is one thing New York City is not known for — and airports.

Manhattan currently does have five Panda Expresses — none of which, however, have been here longer than seven years — including two near Madison Square Garden / Penn Station, on 31st Street at Eighth and Ninth Avenues, both of which opened only six years ago. The MSG-area Pandas were likely sited there to cater to the tourist and suburban commuter market. The E. 14th Street location is the first Panda in Manhattan south of 31st Street.

The American Chinese chain has eight other locations in the outer boroughs.

At the risk of setting off an insane Twitter-storm of derisive tweets by Panda Express fans, to quote from a fact sheet sent to The Village Sun by the company, “Panda’s success is partly due to the popularity of the sweet and tangy Orange Chicken, created by its former Master Chef Andy Kao in 1987. In 2021 alone, Panda served over 117 million pounds of Orange Chicken worldwide!

Again, at the risk of triggering a tsunami of seething scorn from Panda Express devotees, it bears mentioning that one of Panda’s other “industry-first recipes” is Honey Walnut Shrimp.

The Village Sun and its editor have recently been mercilessly “dragged” on Twitter by a millennial editor and admitted “Panda” fan — which was then amplified by a today.com article — for the sin of not being particularly familiar with the chain.

Panda Express was founded 29 years ago by Chinese immigrants Andrew and Peggy Cherng, the company’s co-C.E.O.’s. The chain has since grown to become what it calls “the largest Asian dining concept in the U.S.”

Even so — in a concept that is apparently mind-blowing to Twitter — Panda and its signature Original Orange Chicken® are simply far less known in New York City than on their main turf, suburban mall food courts, and have zero outlets in all of New England. As opposed to many of the Panda fanatics on the scathing Twitter thread, The Village Sun’s editor is a native Manhattanite who has never really hung out in suburban malls.

At any rate, while awaiting the Panda Express’s opening on E. 14th Street, Chinese food fans can sample some of the city’s many fine authentic Chinese restaurants and, of course, visit Chinatown.