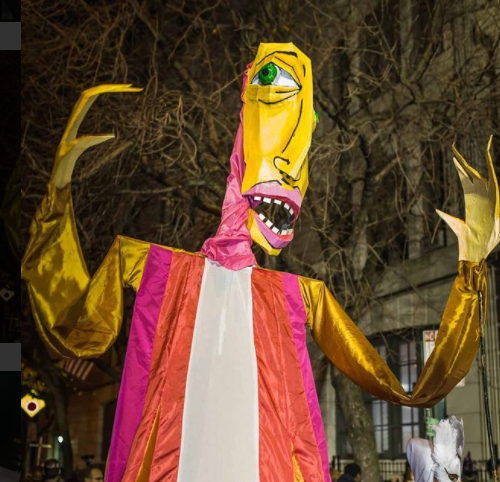 A giant puppet at a past Greenwich Village Halloween Parade.

Meatpacking District Treats in the Streets

If you just can’t wait and want to start celebrating Halloween a day early, the Meatpacking Business Improvement District is hosting Treats in the Streets, a Halloween celebration in the district’s plaza and permanent Open Streets on Sat., Oct. 30, from 11 a.m. to 5 p.m.

Trick-or-treaters of all ages can visit Meatpacking shops and restaurants for a variety of treats (both kid-friendly and not so kid-friendly) and fun activities to celebrate all things scary in the city.

Adults can enjoy alcoholic beverages at Alice + Olivia and the Gansevoort Hotel, while families can trick-or-treat at Diane Von Furstenberg and Serafina Meatpacking. Additionally, Neighborhood Goods is hosting dog and owner portraits inside the store, and TriangleLoft is hosting a haunted house and pumpkin painting.

Blue Point will be serving samples of beer in 14th Street Park, at Tenth Avenue, “complete with a pumpkin patch for Instagrammable moments,” so maybe expect some TikTok influencers? (Former Parks Commissioner had originally named that park Sapokanikan Park after the precolonial village there that was home to Manhattan’s native Lenape inhabitants.)

There will also be games in the streets throughout the day, including pumpkin decorating, pumpkin ring toss, pumpkin tic-tac-toe, and corn hole.

At 2 p.m., the Meatpacking District’s Third Annual Doggie Costume Contest will be held at Little W. 12th Street. Grand Prize is an overnight stay at the dog-friendly Gansevoort Hotel. Register your dog on-site for the contest starting at 1 p.m. on Sat., Oct. 30.

Treats in the Streets is free and open to the public. No reservations or tickets are required.

This year’s Greenwich Village Halloween Parade, the 48th annual installment, is dedicated to the children of New York City who could not celebrate Halloween last year. The parade has invited kids to design the giant puppets that lead the parade.

This year’s grand marshal is Randy Rainbow, who is known for his viral political spoof videos.

“We chose Randy because of his bravery in ‘singing truth to power’ and making us laugh during hard times,” the parade’s Web site says.

The procession starts at Spring Street at 7 p.m. and goes up Sixth Avenue to 16th Street. To join, revelers should show up at Canal Street and Sixth Avenue between 6:30 p.m. and 9 p.m.

Participants are required to be in costume and wear their masks in the lineup area before the parade starts, and are “encouraged but not required” to wear them once they enter the parade route north of Spring Street.

The parade, which typically draws 50,000 to 60,000 participants, will feature hundreds of giant puppets, more than 50 bands representing music from around the world and dancers of all styles. 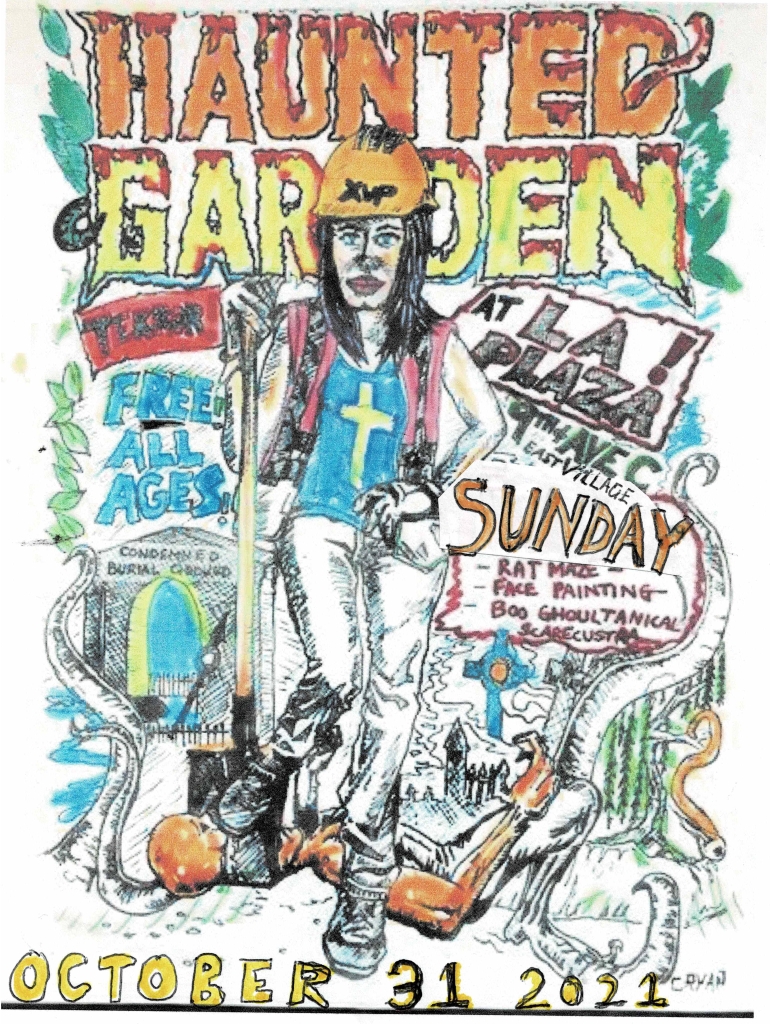 All ages can enjoy a haunted garden at La Plaza Cutural, at the southwest corner of Ninth Street and Avenue C. There will be a rat maze, face painting, “boo-ghoultanical garden” and, well, just a lot of overall terror — all free. 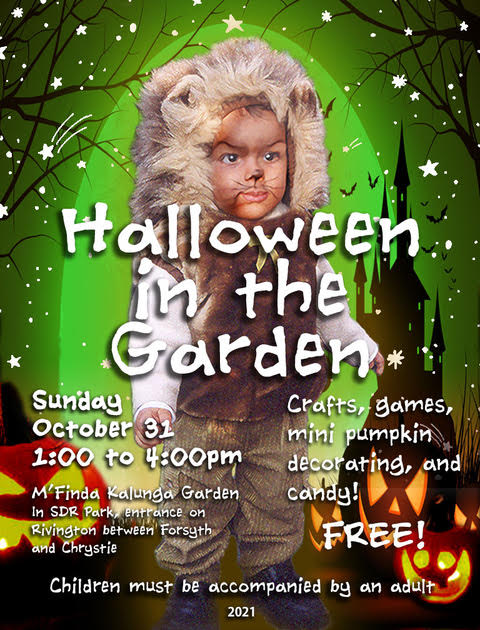 Another garden, M’Finda Kalunga, in Sara Delano Roosevelt Park, at Rivington Street between Forsyth and Chrystie Streets, will have crafts, games, mini-pumpkin decorating and candy from 1 p.m. to 4 p.m.

Chant Macabre: Songs From the Crypt

Ghosts, ghouls and goblins haunt the lyrics of 19th-century song. Come be spooked by these harrowing tales at the Merchant’s House Museum, at 29 E. Fourth St., at 6 p.m., as the Bond Street Euterpean Singing Society bewitches your imagination and sings shivers down your spine, echoing sumptuous, rarely performed songs in the museum’s authentic Greek Revival parlor. Music by Schubert, Liszt, Debussy, Duparc, Loewe, Mussorgsky, Humperdinck and others. 75 minutes. $30, $20 museum members. Masks and proof of vaccination are required. Children under 12 not admitted.

Those who wish to enjoy the event virtually can receive a downloadable PDF with a unique link to a livestream of the concert, valid to watch (or rewatch) through Sun., Nov. 7. $20, $15 museum members. 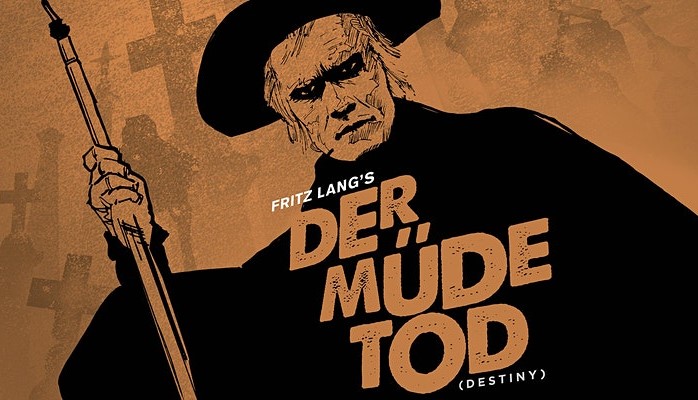 To give a bit of a plot synopsis without a spoiler: “As a young couple stops and rests in a small village inn, the man is abducted by Death and is sequestered behind a huge doorless, windowless wall. The woman finds a mystic entrance and is met by Death, who tells her three separate stories set in exotic locales, all involving circumstances similar to hers. …”

Filmgoers must present proof of vaccination. For information and tickets on a sliding-scale fee, click here.