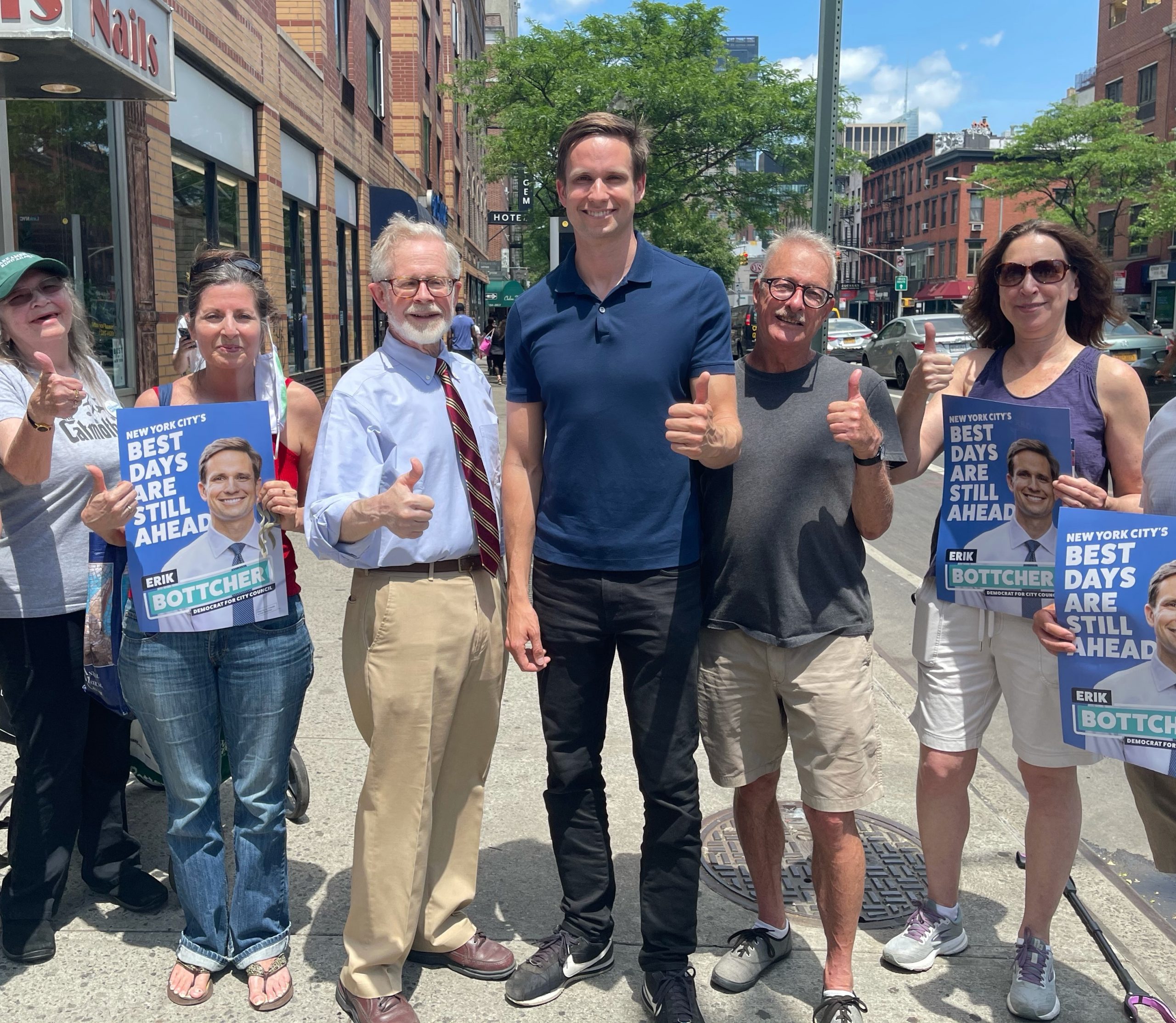 Erik Bottcher, center, received the endorsement of Assemblymember Richard Gottfried, to the left of him.

“I’ve been supporting Erik from the beginning but I’m thrilled to make it official,” Gottfried said. “I have worked closely with Erik and know that he will be a great city councilmember. He has done a terrific job working in the district for the last 11 years. He knows the community, he has served the community, and people in the community know Erik. It’s hard to imagine a better candidate more prepared and ready to be our city councilmember than Erik Bottcher. I’m just thrilled and looking forward to having him as a colleague.”

“This endorsement means a lot to me because Dick Gottfried has been a leader for decades on so many issues that are important to me, such as L.G.B.T.Q. rights and healthcare,” Bottcher said. “As chairperson of the Assembly’s Health Committee, he was promoting universal and single-payer healthcare before it was a popular idea, and in fact when it was a very unpopular idea. Assemblymember Gottfried has paved the way on so many progressive issues that are important to me and that are important to our community. Assemblymember Gottfried is a pillar of progressive politics in New York State and I’m incredibly honored by his endorsement.”

Gottfried represents the 75th Assembly District, which includes Chelsea, Hell’s Kitchen and Midtown. He was the original sponsor of the same-sex marriage bill, GENDA (to prohibit discrimination based on gender identity), medical marijuana and the first marijuana decriminalization bill, as well as the author of the bill to create the Hudson River Park. He is the sponsor of the New York Health Act, which would create a universal, single-payer healthcare system.

Bottcher’s campaign is not accepting contributions from real estate developers, anyone employed at a lobbying firm, corporate political action committees (PACs), or the fossil fuel industry.

A total of 4,961 District 3 residents signed the petition to get Bottcher on the ballot for the June 22 primary, among the most signatures of any Council candidate in New York City this cycle.