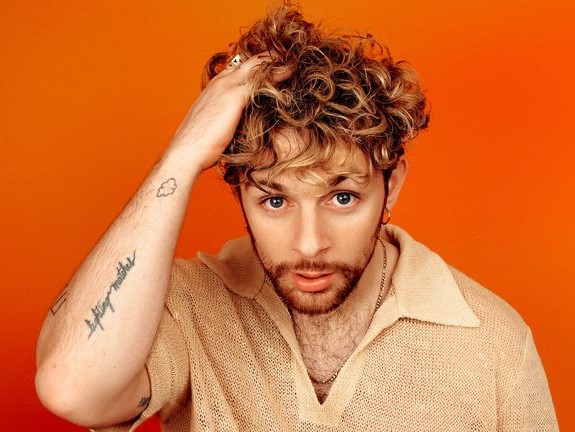 BY THE VILLAGE SUN | English singer Tom Grennan was beaten and robbed inside The Red Lion bar on Bleecker Street early Thursday morning, according to police.

A police spokesperson said Grennan, 26, had performed at the Bowery Ballroom, at 6 Delancey St., Wednesday night, then afterward went out to get a bite to eat at The Red Lion, at 151 Bleecker St.

Around 3:30 a.m., inside the Greenwich Village venue, which offers live music, Grennan, in an unprovoked attack, was punched, after which he took himself to Beth Israel Hospital by private means for treatment, the police spokesperson said. The crooner later filed a police report at the 6th Precinct stationhouse on W. 10th Street around noon on Friday. Police did not mention Grennan being robbed.

A post on the singer’s Instagram page said he was attacked and robbed outside of the bar, and that his injuries included “a ruptured ear, torn eardrum and issue with his previously fractured jaw.” His Instagram said the singer was still recovering “in hospital.” However, the New York Post said he is now out of the hospital.

Grennan also posted a video on Instagram to give fans an update on his condition.

Grennan said that, in addition to his other injuries, he suffered “a bit of a concussion.”

Grennan, whose family is Irish, suffered a broken jaw when he was attacked on the street in England when he was 18.

The singer, who sports a distinctive curtain of curly bangs, scored a hit on the charts with last year’s “Little Bit of Love.”