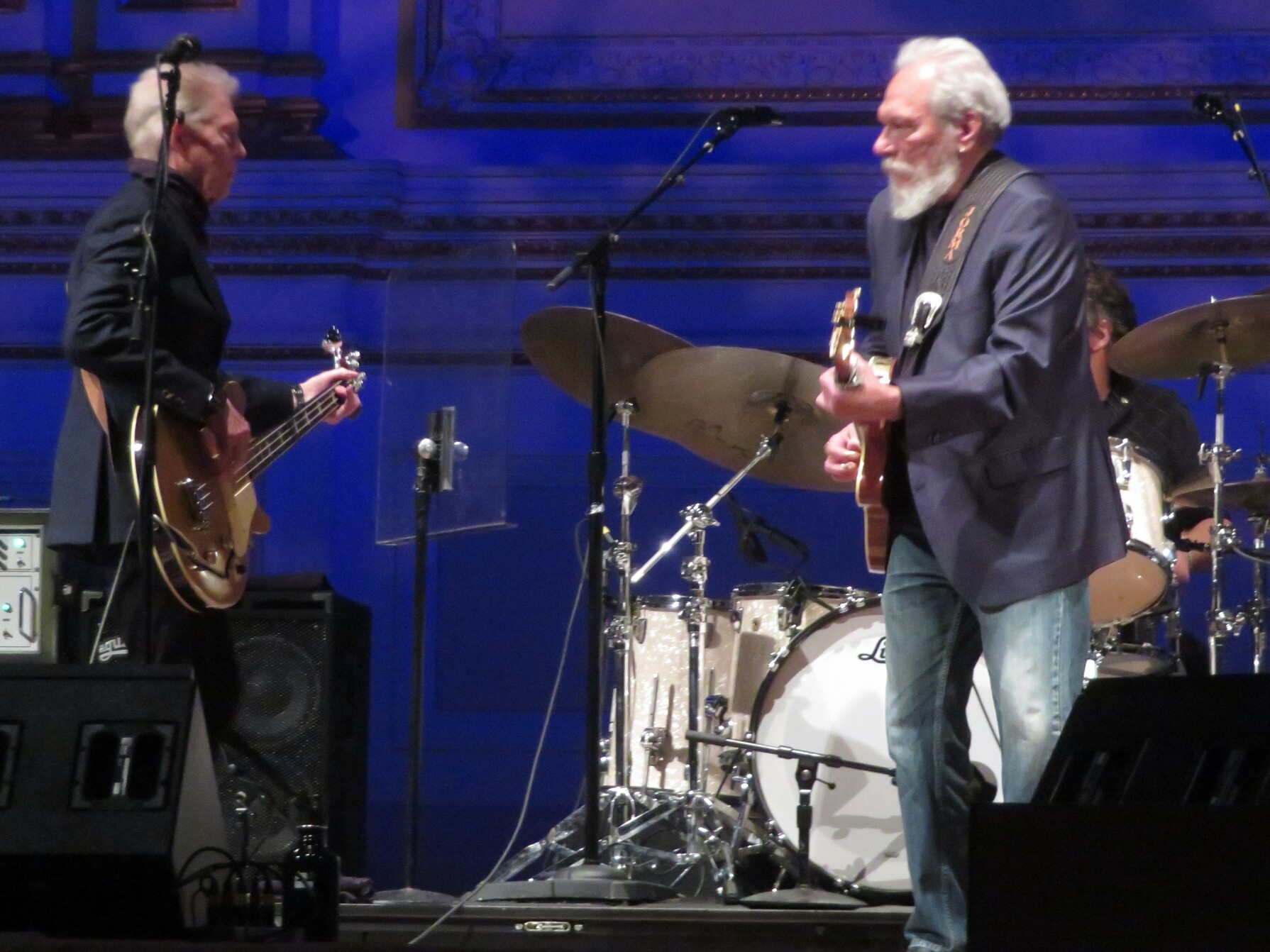 BY EVERYNIGHT CHARLEY CRESPO | Hot Tuna’s return to Carnegie Hall after a 50-year hiatus was announced as a celebration of guitarist Jorma Kaukonen’s 80th birthday, which occurred during the pandemic on Dec. 23, 2020.

The program started with the musicians playing “Burgers” in full. The late Papa John Creach and his violin were prominent on “Burgers,” and Campbell filled the gap, mostly playing violin during the first set. Williams came on stage to sing “Highway Song” and “Let Us Get Together Right Down Here” from that album.

After intermission, the second set started with two live rarities. Kaukonen and Casady led two songs that they played during their high school years in Washington, D.C., long before they relocated to San Francisco and helped start Jefferson Airplane.

Campbell and Williams joined Kaukonen in singing “All I Have to Do Is Dream,” popularized by the Everly Brothers, and “Money Honey,” a song popularized by Elvis Presley. Williams also later was on stage singing on “Great Divide Revisited,” “Letter to the North Star” and “Keep Your Lamps Trimmed and Burning.”

During the second set, Campbell surprised possibly even Kaukonen and Casady by launching solo into an impromptu “John’s Other,” an instrumental that Creach and his violin led on Jefferson Airplane’s “Last Flight” album.

As the concert was designed to be an electric set, Kaukonen hardly touched his acoustic guitars. Kaukonen is an exceptional guitar picker in the Piedmont blues style, but this was not to be showcased at this event. Instead, Kaukonen played juicy leads on his electric guitar, and on several occasions Casady also held the spotlight by ripping into bass leads.

Kaukonen was perhaps overly gracious in the frequency with which he signaled to Campbell to take a lead, whether on guitar, violin or mandolin. Campbell is an excellent player, but the audience was present to hear Kaukonen play as much as possible.

Now at 81 years of age, Kaukonen remains at the apex of his skills, captivatingly singing in a husky voice and humbly yet proficiently playing blues licks that rival the iconic leads of many blues rock masters. He is a well-seasoned musician and a musical treasure. Hot Tuna’s revisit of the “Burgers” catalog and other vintage songs was more than a concert; it was a historical documentation of America’s blues-rock legacy.