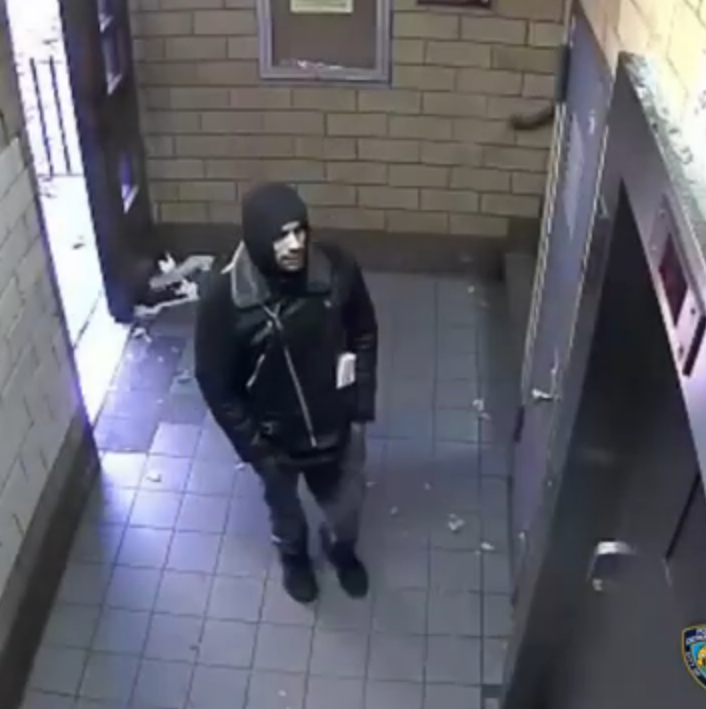 The alleged mugger in the Vladeck Houses before the robbery. (Courtesy N.Y.P.D.)

An elderly woman was injured after being knocked to the ground during a Lower East Side purse snatching, police said.

The victim was mugged just outside of the Vladeck Houses public-housing development, inside of which the alleged suspect was reportedly caught on video beforehand.

According to cops, the 85-year-old woman was at the corner of Madison and Gouverneur Sts. at 1:20 p.m. on Wed., Nov. 18, when she was approached by a stranger. The man swiped her handbag, knocking her to the pavement.

The robber fled on foot with the purse, which contained all of $30.

The victim suffered fractures to her left elbow and shoulder. She was in stable condition when she was transported by E.M.S. to New York-Presbyterian Lower Manhattan Hospital.

Police released surveillance video of the suspect, taken before the incident, inside 640 Water St., which is located near the center of the Vladeck Houses development block.