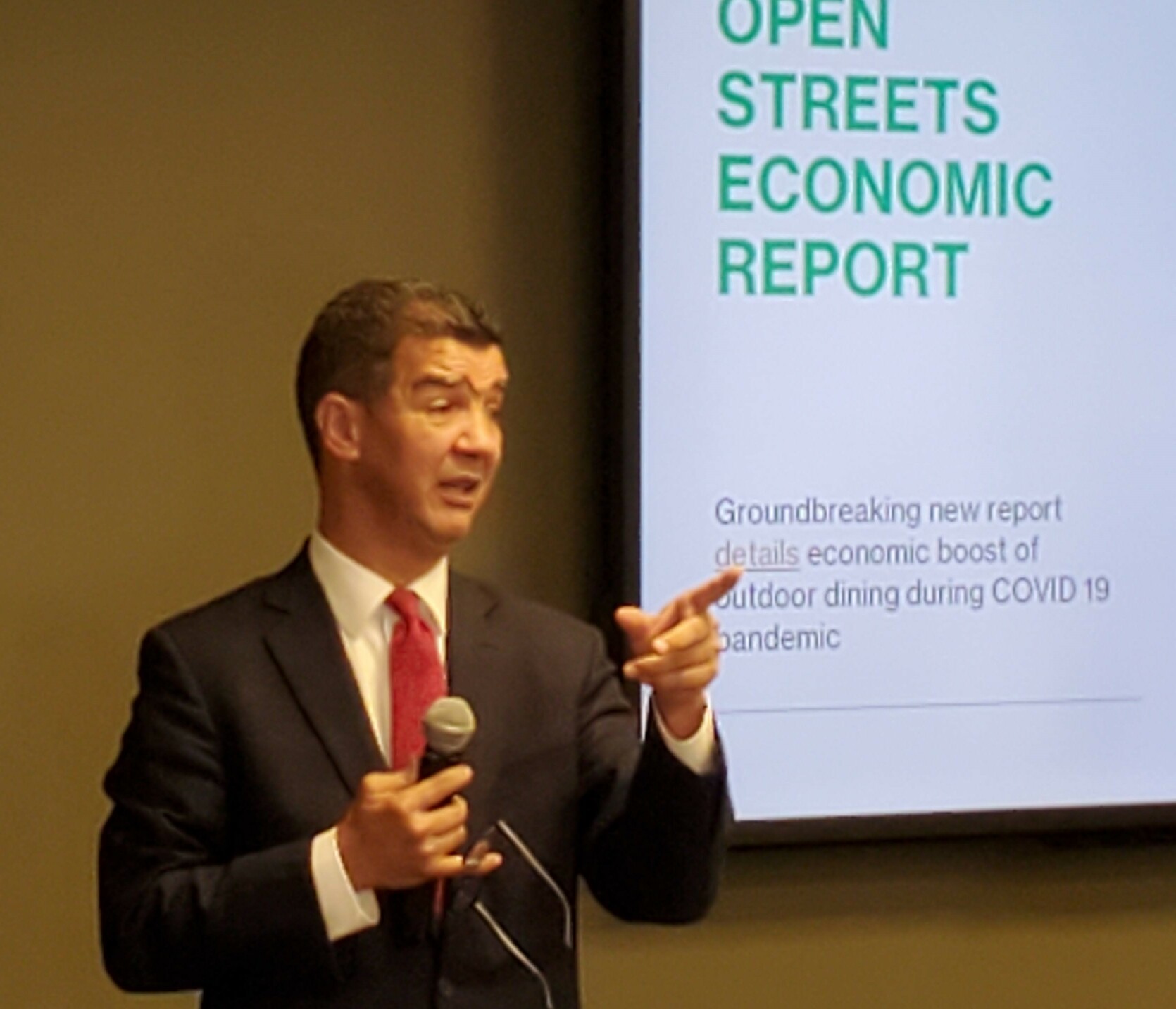 Editorial: The elephant on the scooter in the room

Ydanis Rodriguez, the commissioner of the city’s Department of Transportation, recently met with the city’s community and ethnic media to give an update on “citywide safety improvements and key initiatives” the department is engaged in.

At the meeting, calling it “a priority,” Rodriguez really pushed the idea of getting more people out of cars and into healthy biking and walking. In fact, at times, he sounded more like the Health commissioner.

Biking and walking are simply good for us, he stressed, adding that there could always be another COVID wave, and that it’s people with underlying health conditions who are most at risk from the virus. He’s right on all counts.

Noting it’s mostly the upper class and middle class who are cycling here, Rodriguez advocated for getting working-class and immigrant New Yorkers walking and pedaling more, so that they, too, can enjoy the health benefits.

“This cannot be a car culture society,” he declared, adding that “the present and the future of New York City is to share the street.”

Most traffic fatalities must not be called accidents but crashes, he continued, since the drivers involved usually are drunk, speeding or just driving recklessly.

Meanwhile, more than 1,200 intersections around the city have gotten safety improvements, he proudly shared. On the down side, most people killed in intersections are elderly, according to the D.O.T. honcho.

As for the goal of Vision Zero, meaning no traffic fatalities, there still is a long way to go. This year, as of Oct. 31, 87 motorists, 87 pedestrians and 14 cyclists have been killed, with 42,000 total injured. However, most people losing their lives are “on the [city’s] highways,” Rodriguez said.

It was a lot of information to digest. Over all, though, it’s great that the city and D.O.T. are promoting walking and biking, and creating the infrastructure to make them safer.

Rodriguez, however, notably did not mention the 80,000 ride-share drivers, a situation the city let explode that has obviously worsened traffic — mostly in Manhattan.

And, in terms of the media, the one concern they raised most often to Rodriguez was about bike delivery guys and others riding on sidewalks, going the wrong way and blowing through red lights — plus the proliferation of e-bikes, electric- and gas-powered scooters (whatever they are called) and mopeds in general. Call it “the elephant on the e-bike (or scooter) in the room.”

“Riding a bike on the sidewalk is not accepted,” the commissioner stated, assuring that only “a small percentage” of drivers and cyclists are scofflaws.

He said D.O.T. is coordinating with the Sheriff’s Office to crack down on sale of illegal scooters, as well as doing “education” on the issue, plus building out safety infrastructure.

But as the editors and reporters repeatedly stressed to him, concerns about rogue cyclists and scooter riders are among their readers’ top complaints. Clearly, the city needs a more concrete plan to address this issue.

And, as for health and walking, here’s an idea. What if Rodriguez urged all the couch potatoes who use delivery apps instead to get up and stroll to the corner store? Whoa — what a concept! In addition to getting some cardio, it would also help cut down on the chaos of speeding scooters and bikes.