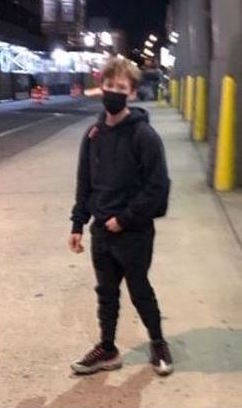 A young Trump hater tried to force an older man to fork over his MAGA hat — even pulling a knife on him, police said.

Cops said that on Fri., Oct. 2, at 9:45 p.m., a 47-year-old man was standing in front of 550 Washington St. — the former St. John’s Terminal building, which is being redeveloped into new offices for Google — when the suspect approached him and tried to grab his hat off his head.

The suspect then displayed a knife and stated, “Give me your hat or I will stick you,” while trying to snatch the red cap. But he fled northbound on Washington St. empty-handed. The victim was not injured.

Police ask that anyone with information call the New York Police Department’s Crime Stoppers Hotline at 1-800-577-TIPS (8477) or for Spanish, 1-888-57-PISTA (74782). Tips can also be submitted on the Crime Stoppers Web site at WWW.NYPDCRIMESTOPPERS.COM or on Twitter at @NYPDTips.